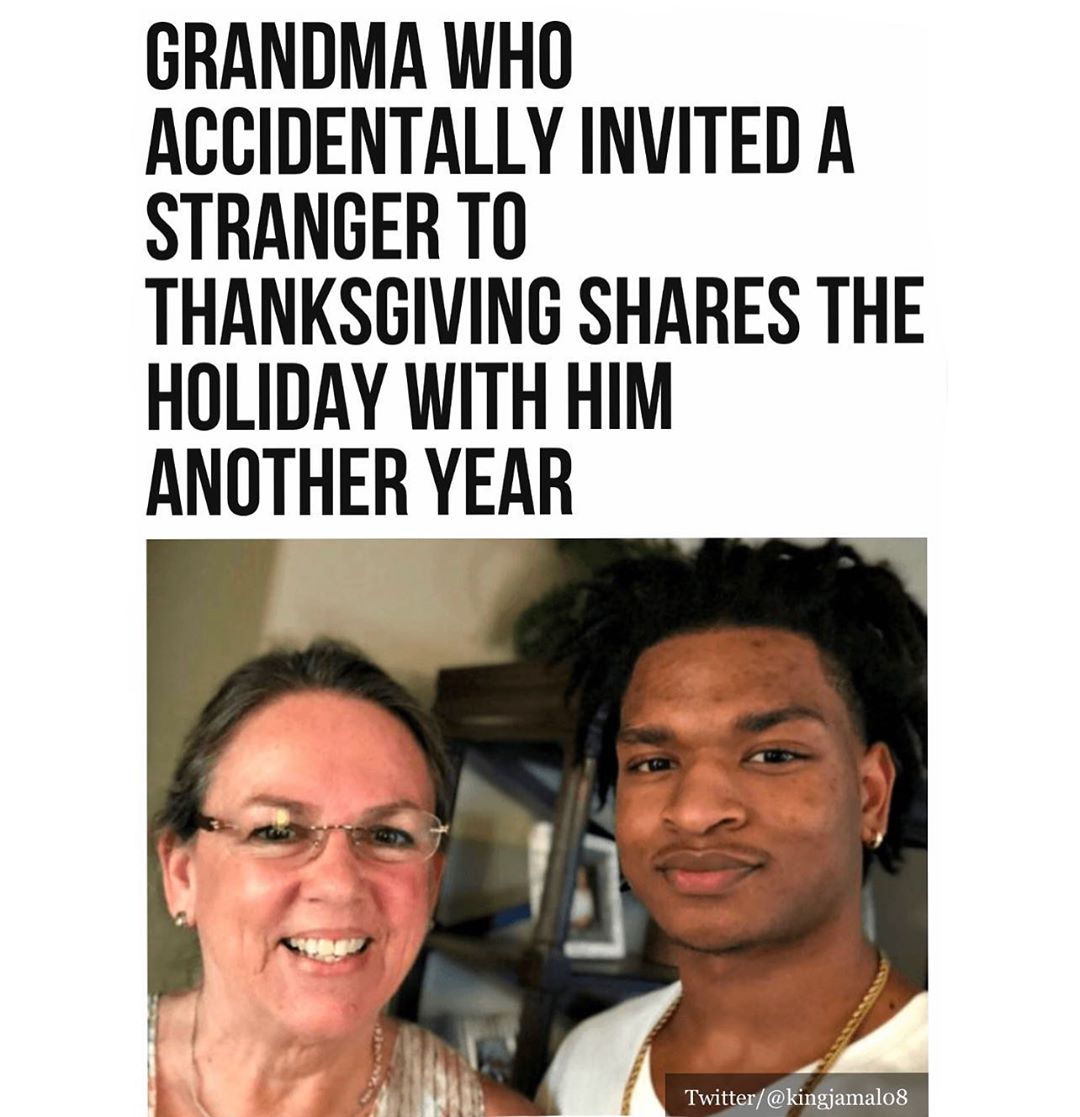 An Arizona grandmother who accidentally texted the wrong number in 2016, inviting a stranger to Thanksgiving, is sharing the holiday with the young man again in what has become a heartwarming annual tradition.

Wanda Dench of Tempe, Arizona, texted the wrong number in 2016, thinking she was inviting her grandson to come over for Thanksgiving dinner. Instead, she was texting 17-year-old Jamal Hinton. When Hinton asked who was texting him, she replied, “It’s your grandma.” He sent a photo confirming that he was not her grandson but asked her to save him a plate, and she did because, “that’s what grandmas do … feed everyone”

Hinton posted the conversation, which went massively viral on social media. In the years since, the two have shared every Thanksgiving together, documenting the holiday with pictures year after year.

This year is no exception. The two will spend the holiday together again at “Hinton’s girlfriend Mikaela’s Aunt Tauna’s house,” according to ABC News. “[Wanda] is a really good person,” Hinton, now 20, told Good Morning America this week. “I really enjoy the time I spend with her.” “We moved around a lot so I was always going to new places. And so strangers were not strangers to me,” Dench said. “Family is more than blood,” she added. “It’s the people you want to be with.” #binspirednews