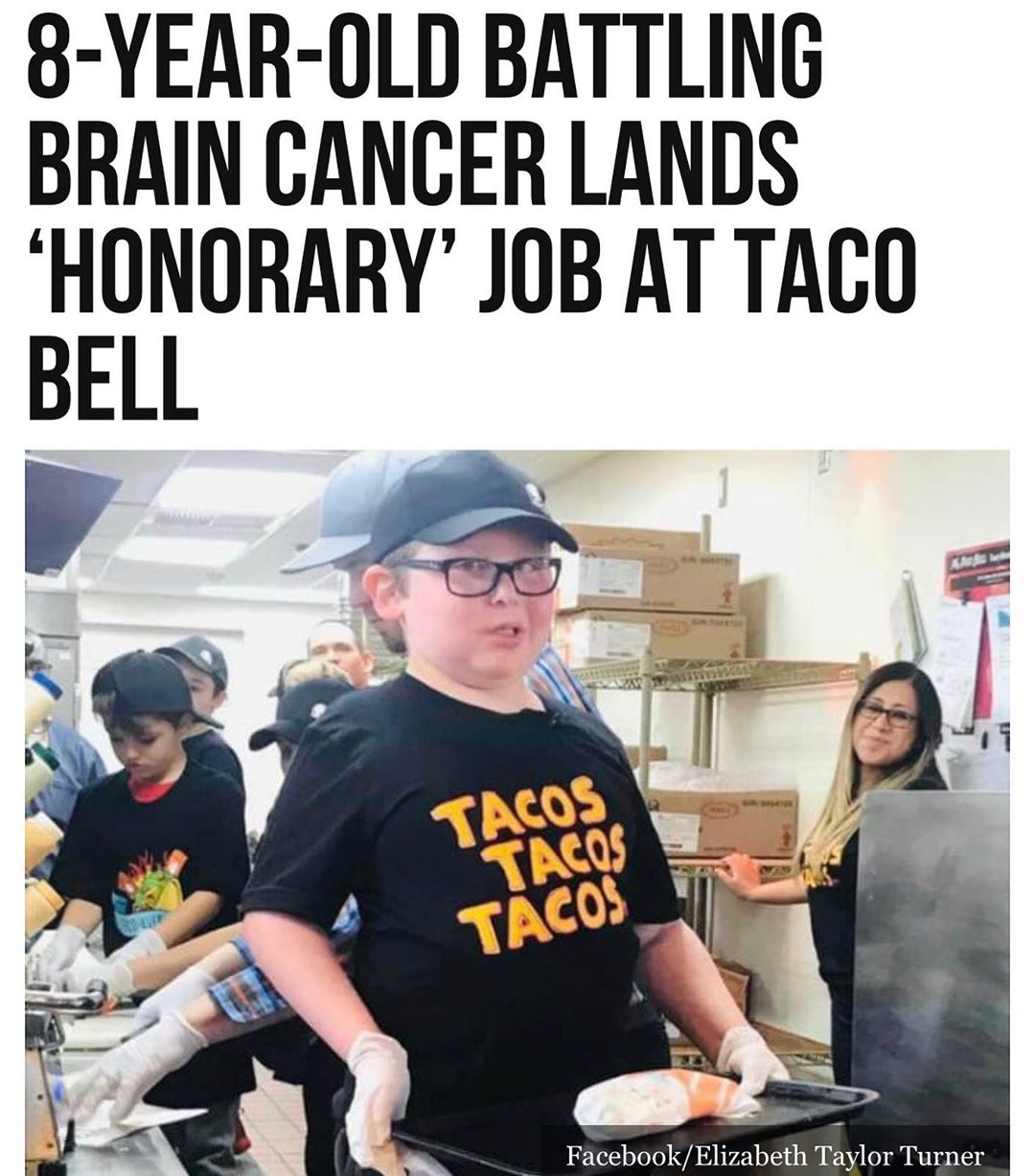 An eight-year-old boy from #Louisville, #Kentucky, battling brain cancer landed an “honorary” job as a @TacoBell employee for a day.

David Turner was able to secure the position after he asked his mother how old one must be to work at the fast food chain. “I told him 15,” said his mother, Elizabeth Turner. “He told me, ‘That’s ridiculous because I could make tacos.’ And then he went on to explain a ten-year-old could make #tacos and mind you, he is eight.” David received a brain cancer diagnosis in 2018. His family recently discovered that the tumor is progressing, and they want to make every day count for him.

Elizabeth reached out to a local #TacoBell franchisee for help. “It’s exciting because unfortunately he may not be 15 and have a first job with the type of diagnosis he has,” Elizabeth told WDRB. “It’s just exciting to see him so happy.” The fast food restaurant reportedly gave him a full slate of duties, including taking orders, helping out in the kitchen, and working the drive-thru. “David was the kind of kid who clearly knew how to work the audience,” Taco Bell franchisee Judd Wishnow told the outlet. “He was very good at upselling and doing stuff on his own. You have to be impressed.” #binspirednews 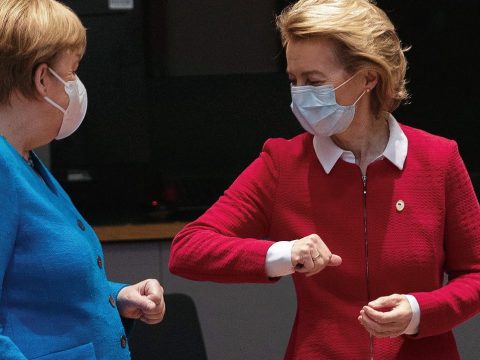 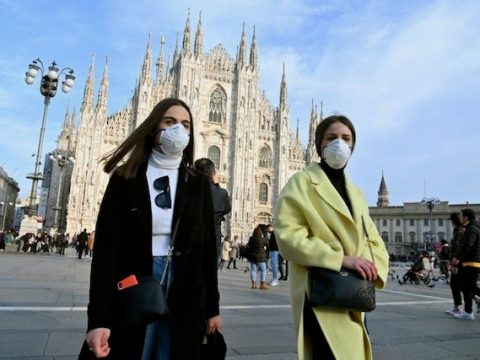