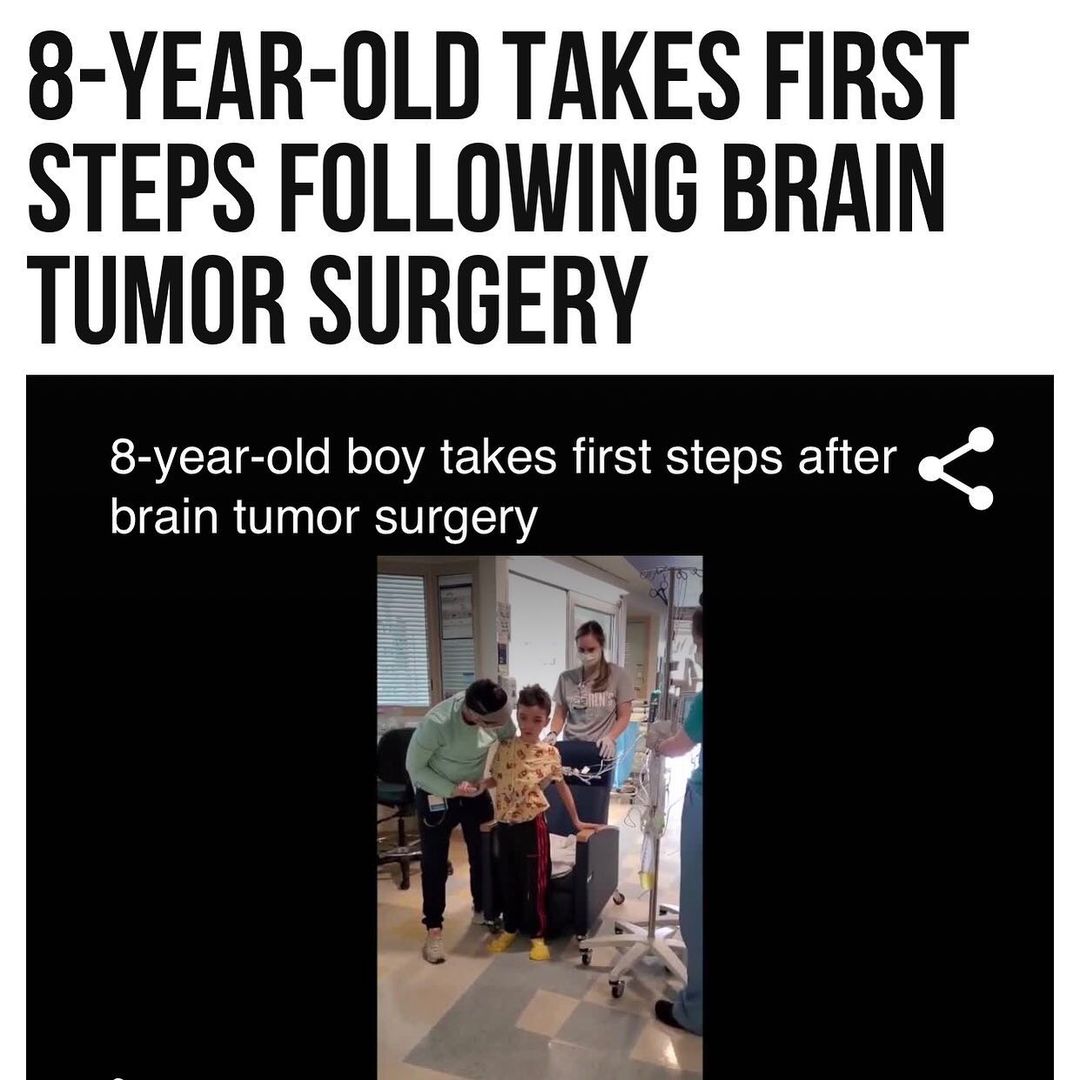 The boy’s mother wrote that her son, Justin Sullivan, went to the emergency room on April 15 after he had trouble standing, according to Fox 29 News.

Doctors discovered two tumors in his spine and transferred him to #Boston Children’s Hospital, where doctors found an additional tumor located in his cerebellum.

Justin’s mother, Jessica, wrote that Justin “underwent about a 12-hour surgery to get rid of as much of the tumor as possible…the surgeon was able to remove about 90% of it, but some was too deep and too involved in his brain stem.” A video posted on Jessica’s Facebook page showed Justin taking some of his first steps post-surgery, aided by nurses and support from his mother.
Jessica also gave a second update from her Facebook page on May 1, saying that Justin was moved from the PICU to the Pediatrics floor of the hospital. #binspirednews