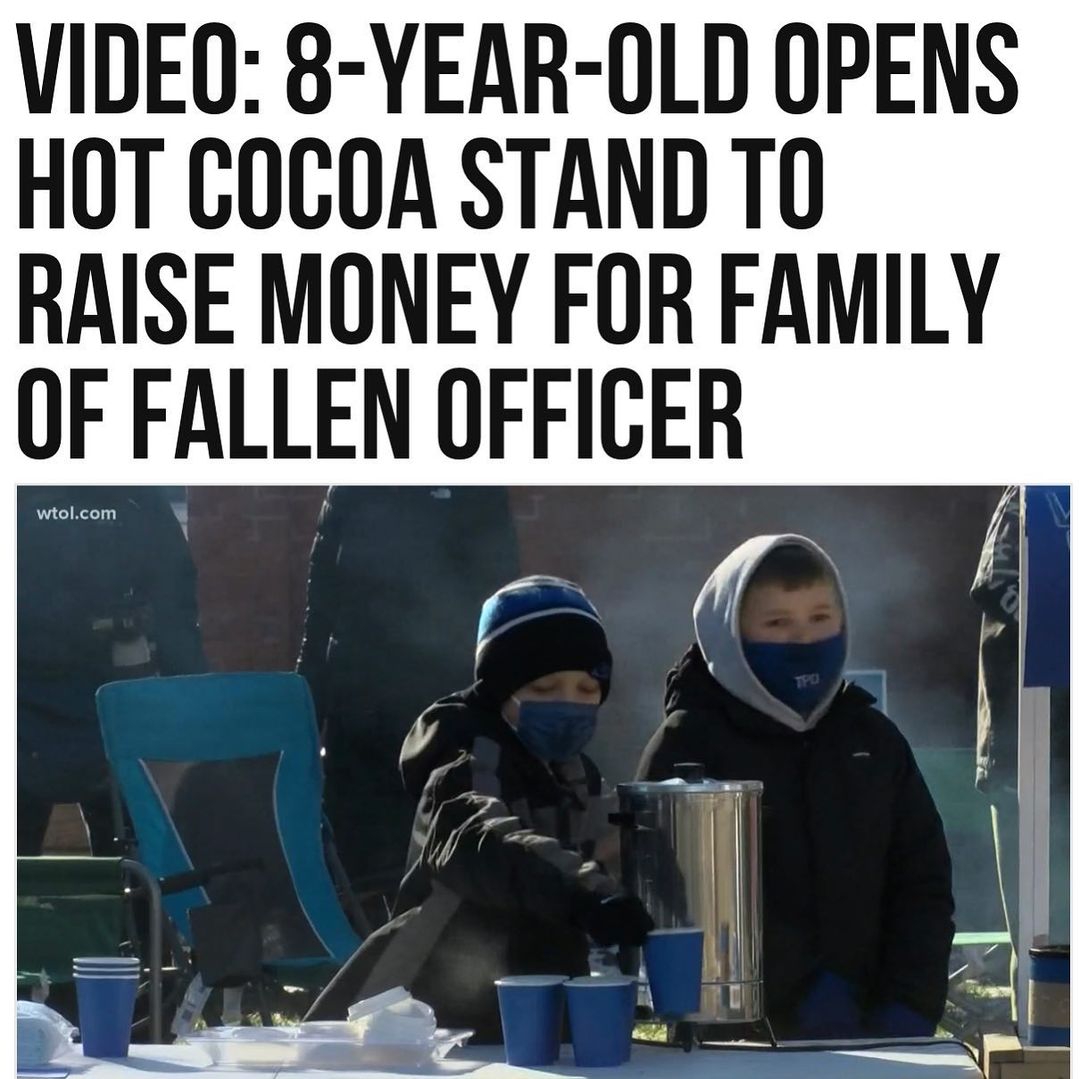 An eight-year-old boy opened a hot cocoa stand in front of his West #Toledo, #Ohio, home this weekend to raise money for a fallen Toledo #Police officer.

WTOL reported Toledo Police Officer Brandon Stalker was killed in the line of duty while in a standoff in Central Toledo on Monday.

Max, the stand’s operator, said he was inspired by the support he received from law enforcement when setting up his hot cocoa stand.

“It’s really cool, and they just surprise me when they show up,” said Max, who has raised money for Stalker and other officers throughout the year.

Max also raised more than $1,000 with a lemonade stand over the summer for the family of Officer Anthony Dia, who was shot and killed in the line of duty on July 4, 2020.

Max is not the only Toledo resident honoring Stalker. WKYC reported that a woodworker is making a bench in his memory and a 12-year-old ran his 800th mile in Officer Stalker’s memory. #binspirednews