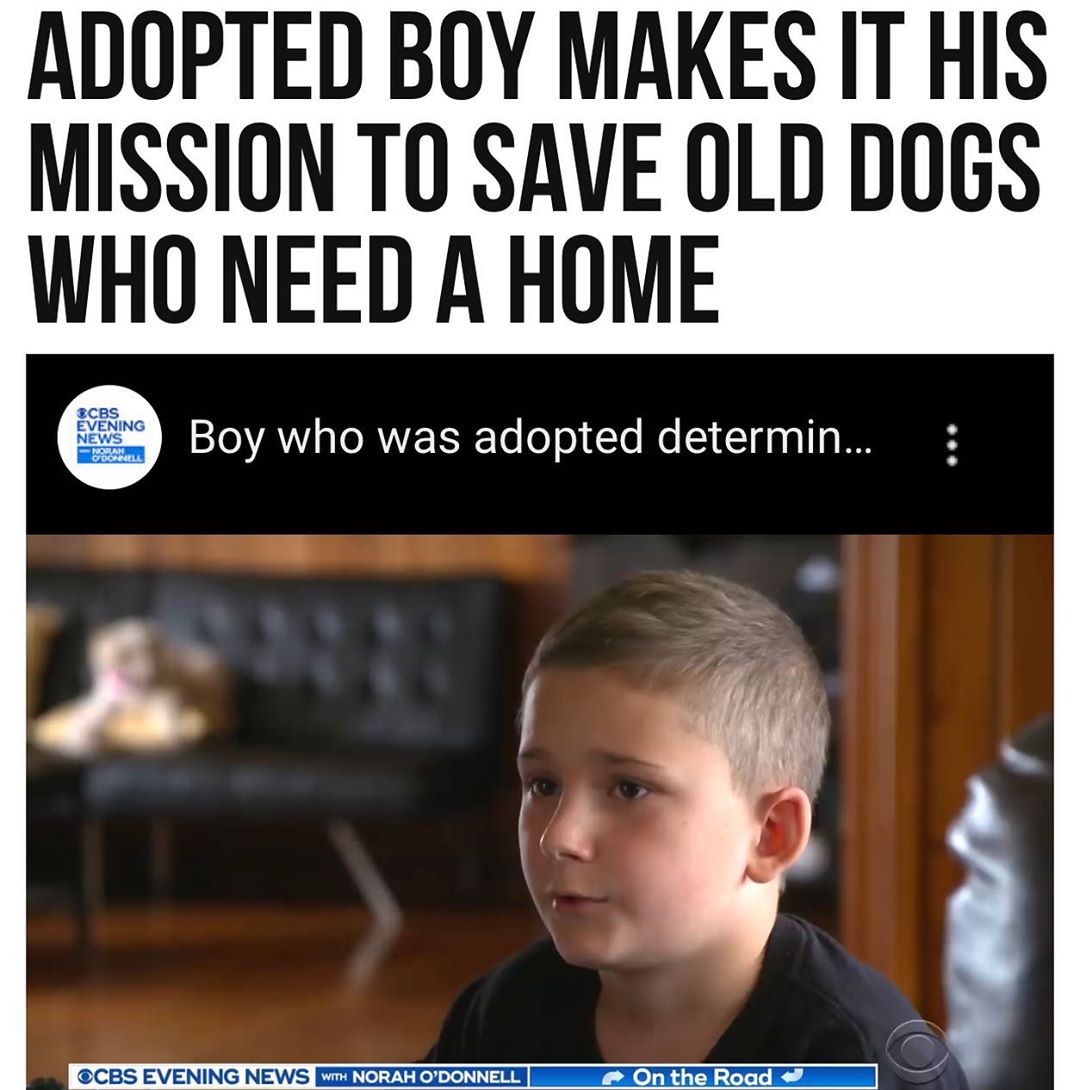 An eight-year-old boy who has been #adopted out of the foster care system has made it his mission in life to save old #dogs who need a home. “There’s something about old dogs that I just like,” Robbie Gay told CBS News.

It is mostly because he sees much of himself in them, because he was so badly abused as a child he had to be hospitalized twice for brain injuries.

Two years ago, Maria and Charles Gay made the decision to adopt him. “He knows what it feels like not to be loved and cared for. He’s the most hopeful, optimistic, and genuinely caring kid who has absolutely no reason to be that way,” said Robbie’s adoptive mother, Maria.

Maria said her adopted son had come a long way, except for the fact that he could not cry. Despite all that he had been through, or maybe because of all that he had suffered, he had not shed a tear — until earlier in the month when one of Robbie’s older dogs, Buffy, had to be euthanized.

He insisted that he hold Buffy until the very end and that his mother take pictures of the entire process. After Robbie finally let go of Buffy, he told his mother, “I know how it feels not to be loved or cared for, and I don’t want any animal of mine to feel that way.” “People don’t want older people and older dogs. They only want babies and puppies,” Robbie said.

Robbie eventually wants to expand his mission to adopting foster children, but until he can legally do so, he will be adopting as many old dogs that his parents will let him. So far, the family has six dogs.

The most recent addition to the family has been a dog named Molly, a lame, snaggletooth shih tzu mutt. Her former owner recently had to move into assisted living, and now she has a new home where she will be loved and cared for by a boy who has compassion for those who suffer.

Some old dogs have been lucky enough to find homes even in their advanced age. One pit bull wound up finding a home on December 21, 2019, after spending five years in an animal shelter. #binspirednews