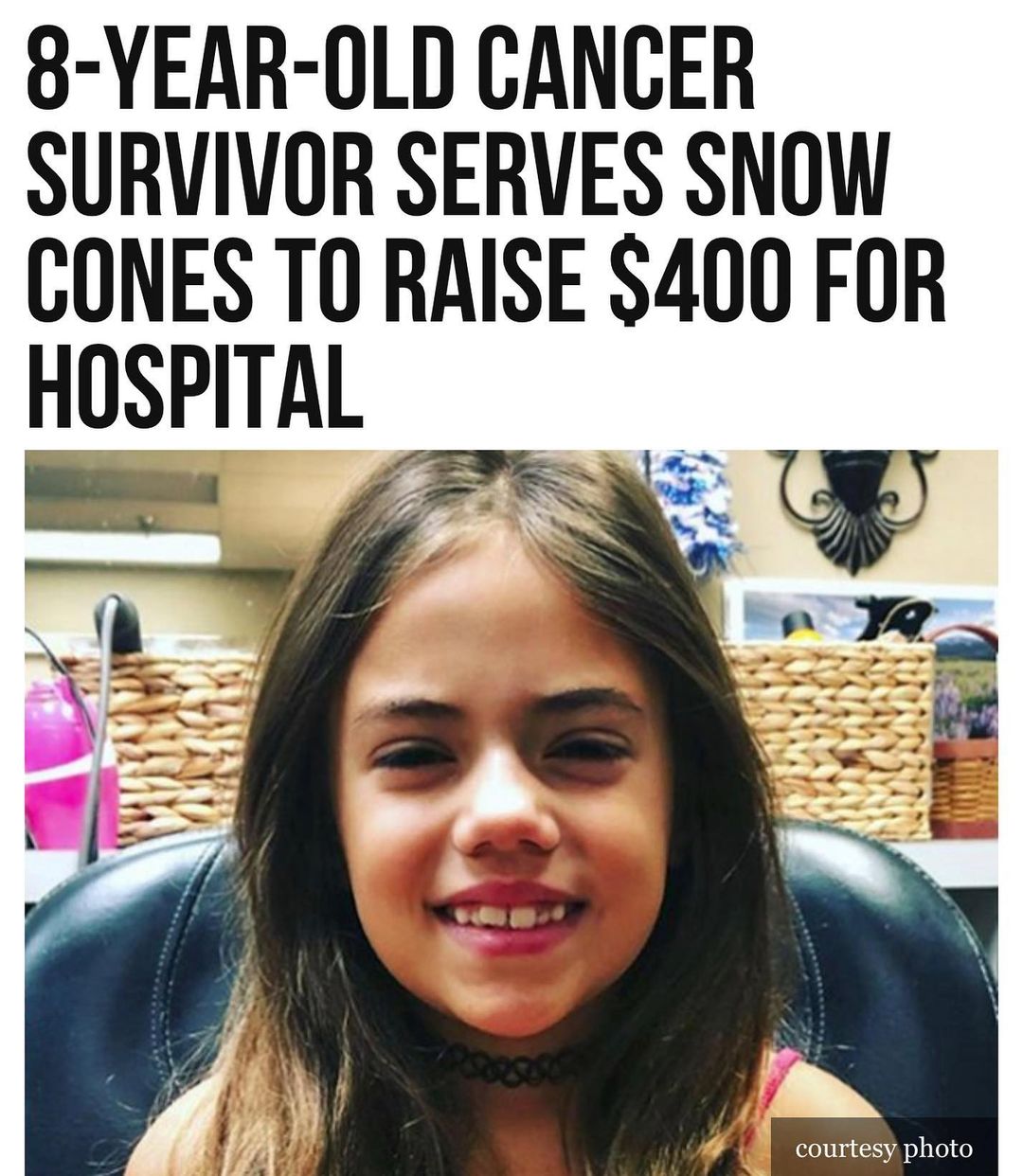 McKenzie Covert, who attends elementary school in the Midway Independent School District, set up a snow cone stand in front of her home over the weekend offering the frozen treats for free, but asking for donations to St. Jude Children’s Hospital in Memphis, Tennessee, KWTX reported.

St. Jude is one of the leading children’s hospitals in the world for treating children with cancer.

McKenzie said she held the fundraiser to help children just like her.

“Because I had cancer, and I wanted to help families that have kids that have cancer,” she said.

In September 2015, McKenzie was diagnosed with acute lymphoblastic leukemia and underwent two and a half years of intense rounds of chemotherapy, steroids, IV treatments, and many hospital stays.

She lost her long, brunette hair as a result, which has grown back since she has been in remission.

In January 2018, she completed her treatment, but was diagnosed with the flu and viral meningitis.

Once she overcame that a month later, she “rang the bell” as a symbol for the official end of her treatment.

Even though McKenzie is in remission, she wanted to ensure those kids not as fortunate had a fighting chance.

McKenzie had also raised funds for her local chapter of the American Cancer Society, and her snow cone fundraiser from over the weekend raised $446.

“We are blown away with the generosity,” McKenzie’s mom, Tiffany said. #binspirednews