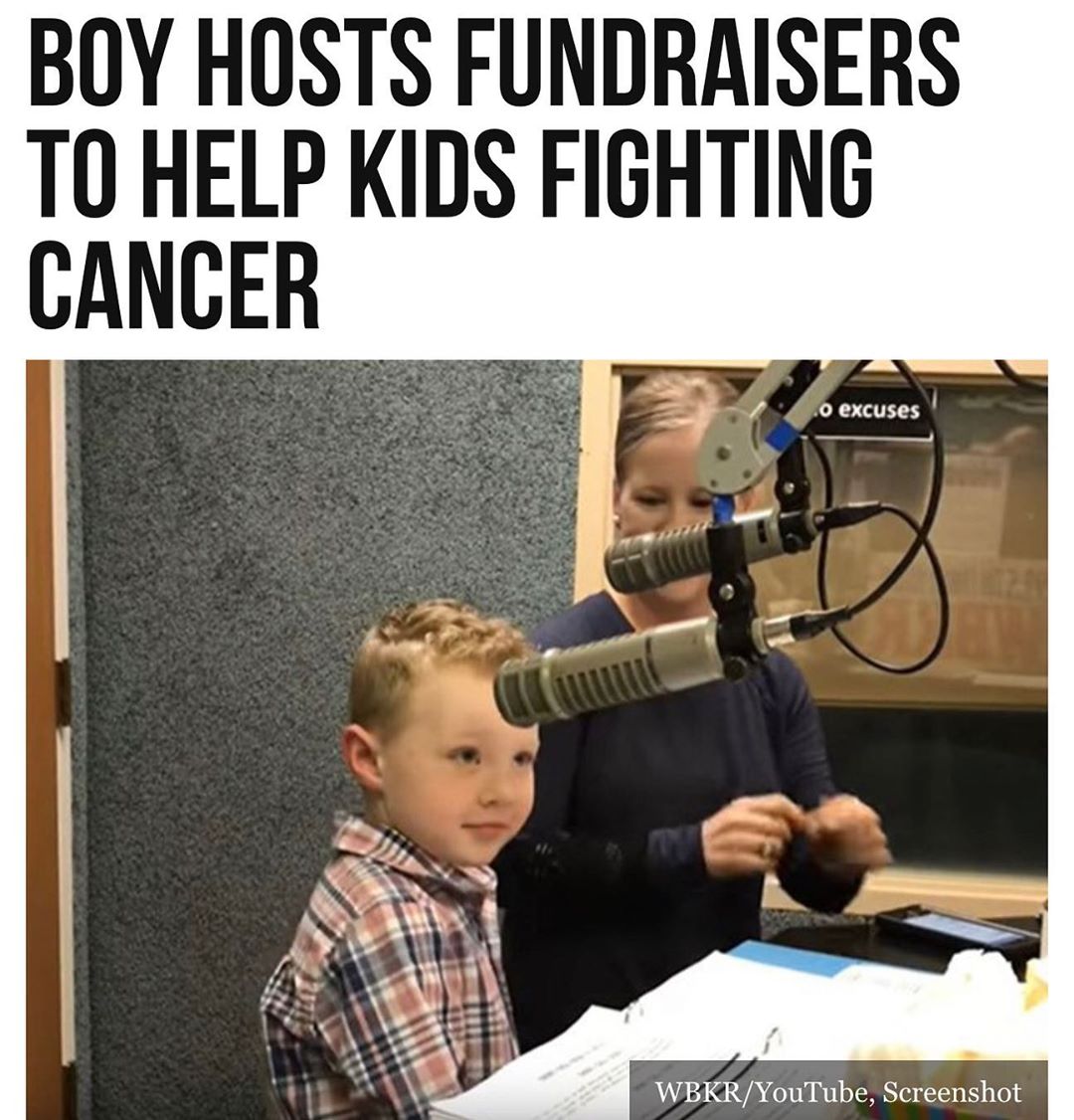 When Case Howard was just four years old, he heard a local radio station interview a parent whose child was fighting the disease, according to the Messenger-Inquirer.

Case began to ask his mom questions about St. Jude Children’s Research Hospital and why people with cancer lost their hair. “Eventually, Case decided that he wanted to help in some way, so he and his mother organized their first fundraiser for St. Jude last year,” the article said.

That fundraiser brought in $3,000, according to WOMI radio station in Owensboro. “We are so amazed at all the kids who want to donate and they work as hard as the grown-ups. Case, no pun intended, Howard is 5 years old and he wanted to donate to the St. Jude Radiothon too,” the radio station’s website read. “Way to go Case!” The first-grader, who is now six years old, hosted a benefit luncheon Wednesday at Southern Oaks Elementary School and invited teachers and school staff to come buy soup and drinks.

This time, his goal is to reach another $3,000 before February 6 when he will appear on WKBR to announce the total amount raised. “We did this same luncheon at Daviess County High School earlier this year,” his mom, Heather, commented. “We got started later this year, but we are hosting several auctions and fundraising efforts up through his deadline.” Following a tour of St. Jude in Memphis in 2019, Case said he wanted to continue raising money to help children fighting cancer because he learned about how expensive it could be. “I just wanted to help, and we went to visit the hospital and saw all they do,” he commented.

The hospital’s mission is to “advance cures, and means of prevention, for pediatric catastrophic diseases through research and treatment,” according to its website.

Wednesday, Principal Jennifer Humphrey praised Case for his noble efforts and said she hopes his fellow students will be encouraged to do the same.