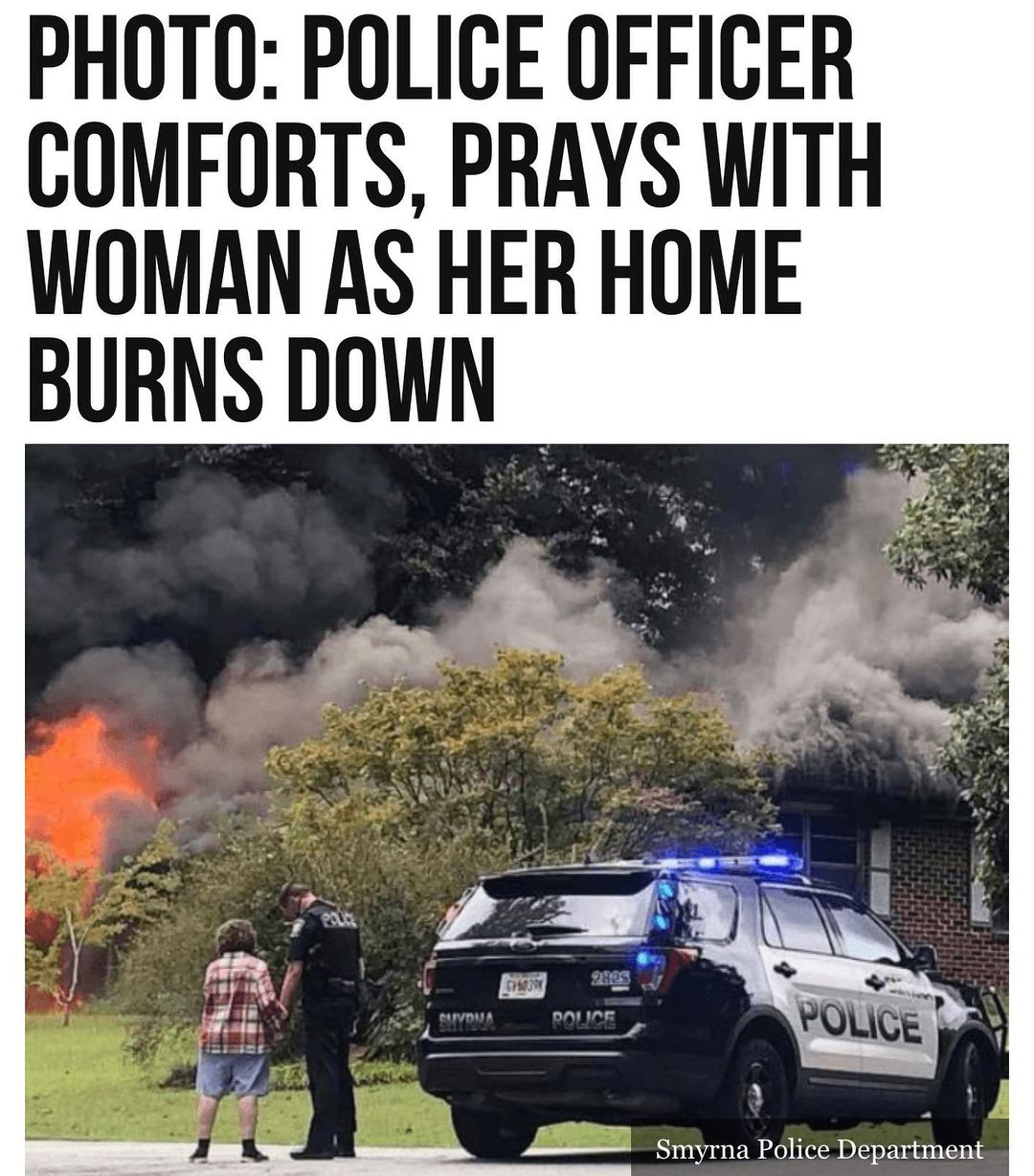 An emotional moment between a #police officer and the victim of a house fire was caught on camera last week in #Smyrna, #Georgia.

“On Friday, Cobb County firefighters responded to a massive fire on Green Forest Parkway in Smyrna. Luckily, no one was hurt, but a woman lost her home,” WSB-TV reported.

As the fire raged inside the house and dark smoke rose from the roof, someone with the Smyrna Police Department (SPD) took a photo of Officer T. Melvin praying with the woman.

The picture showed Melvin holding her hand as they bowed their heads together.

The department shared the photo on its Facebook page Friday and said, “We often post pictures to give life to a post and/or to add context to a situation(s).”

“Officer Melvin served as a United States Marine prior to coming to serve the great citizens of Smyrna,” the post said, adding that he and other officers “routinely comfort, pray, and protect those that we serve on a daily basis.”

Neither the officer nor the victim knew they were being photographed, according to the department.

The woman’s identity was not released, but a person claiming to be her friend commented on the Facebook post and thanked Officer Melvin for staying by her side through the horrific ordeal, the WSB-TV report said.

“So thankful he prayed with my friend,” wrote Bonnie Edwards. “She is a wonderful Christian lady and I know he helped comfort her during this terrible time. Thank you SPD T Melvin.”

In another comment, a man who identified himself as the victim’s son praised the officer and the firefighters called to the scene.

“I saw this picture last night after video conferencing with Mom while the first responders were bravely battling the flames,” Dale Cullen wrote.

“Thank you Officer Melvin for lending not only aid, but comfort to my mom. She is so precious to me. You have no idea how much I appreciate you,” he concluded. #binspirednews 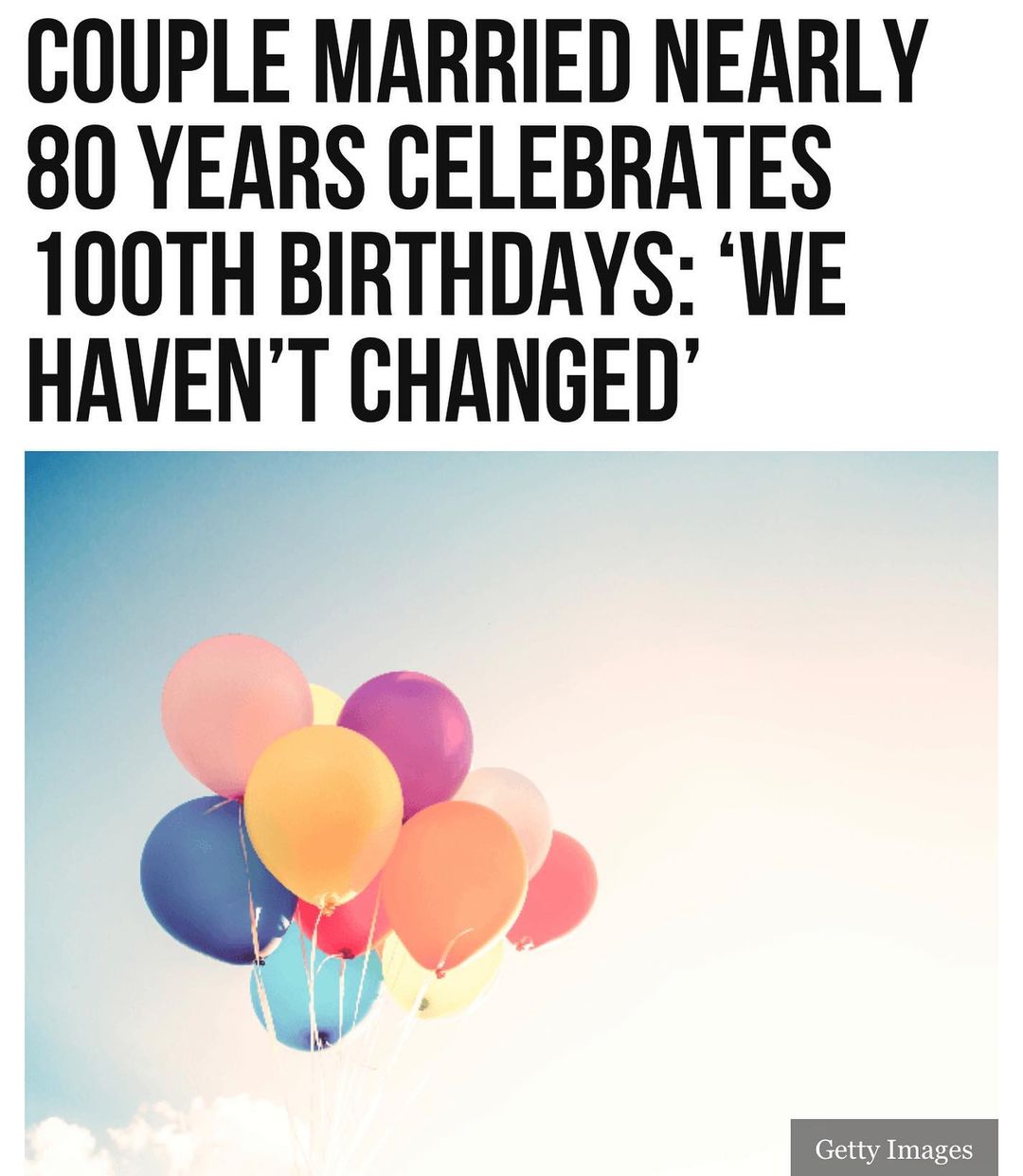 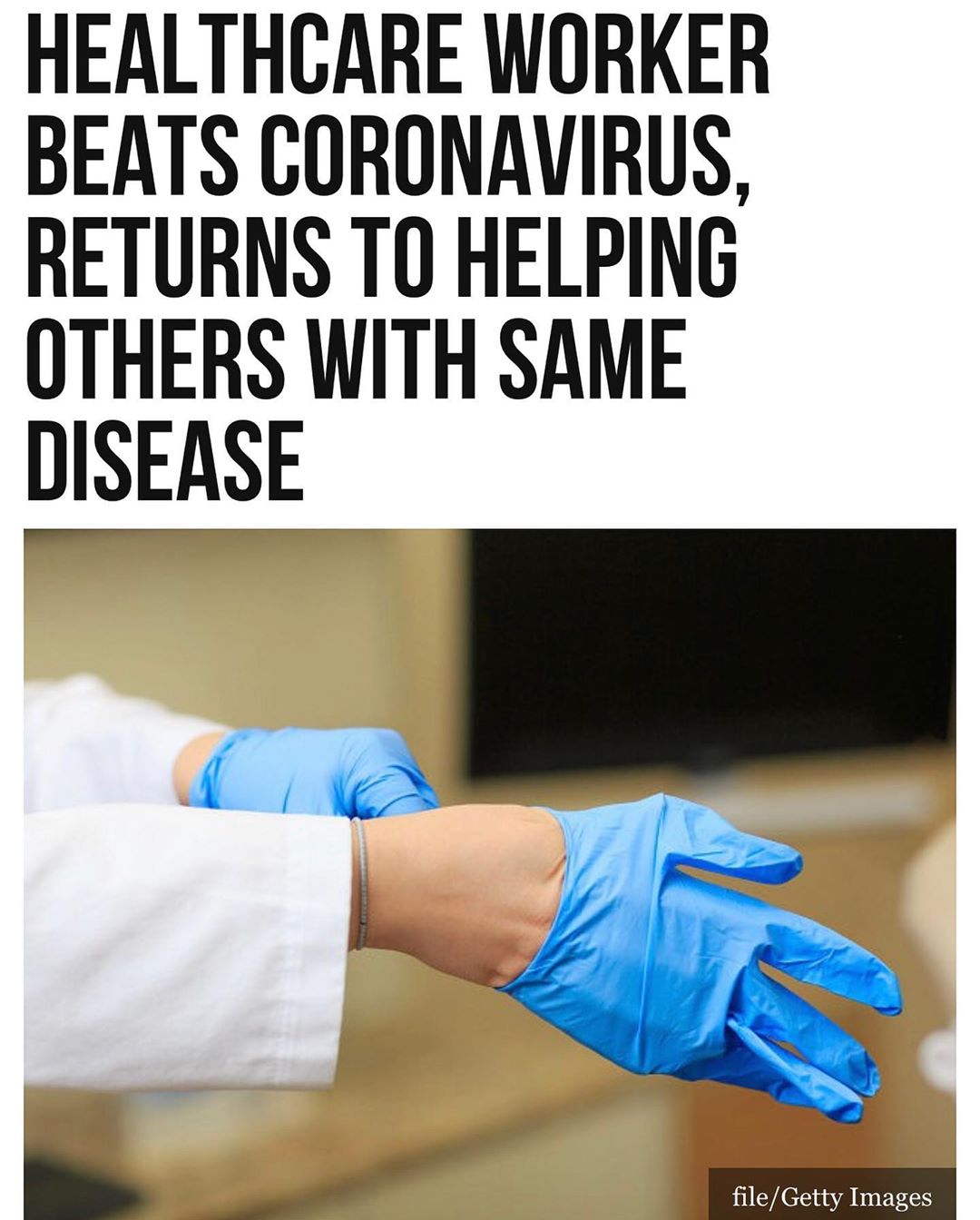 A respiratory therapist in #Brooklyn, #NewYork, is back at work after recovering…