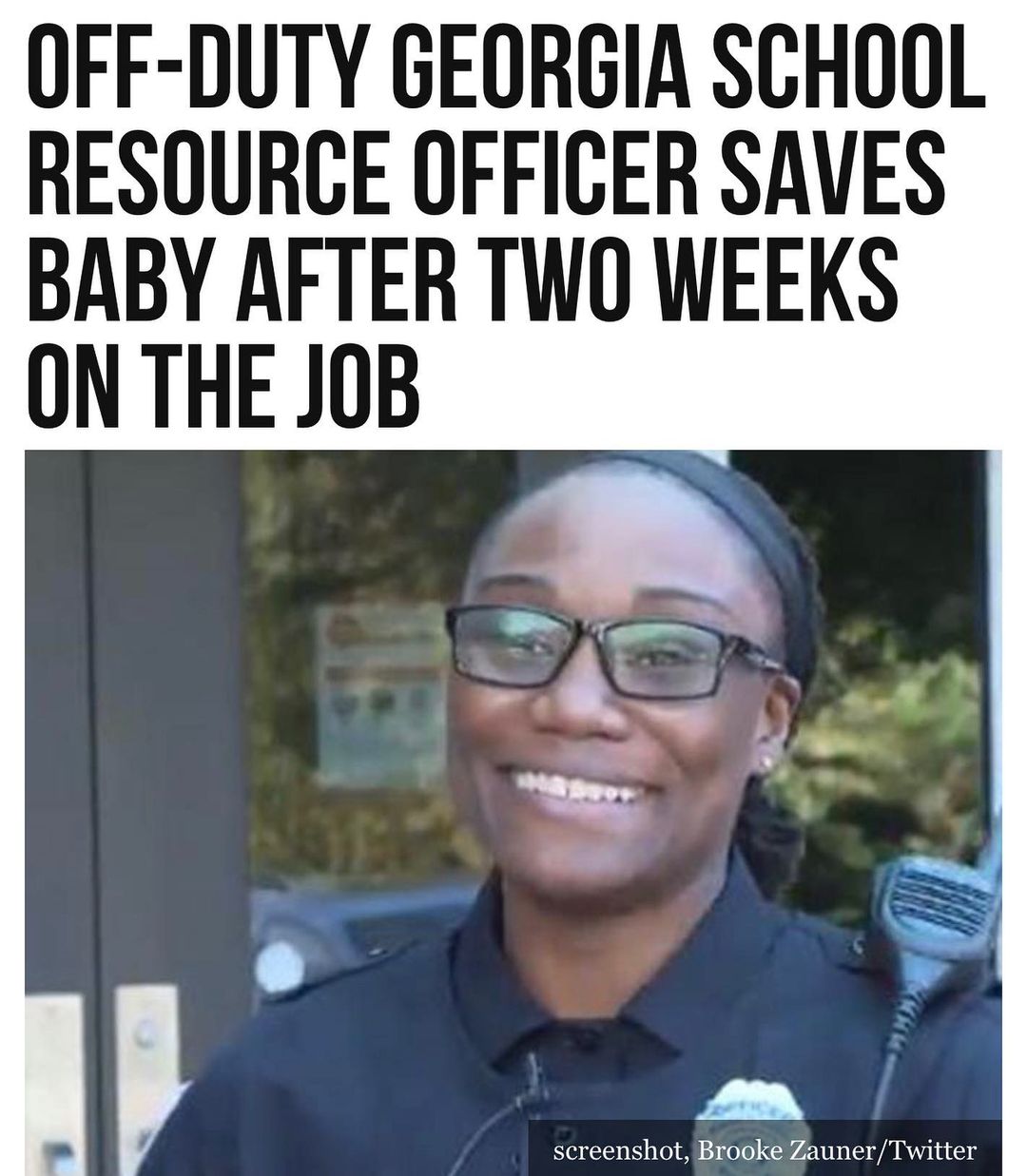 An off-duty school resource officer from #Georgia saved a baby’s life on Tuesday just two weeks after being hired as an officer.

Officer Zakia Williams was commuting home on Sugarloaf Parkway when she noticed a car “swerving in and out” on the road, WGCL reported.

She works as a school resource officer for Gwinnett County Public Schools.

“As I’m going home, I see a car swerving in and out,” Williams told WSB. “They have their windows down, and they are screaming and beeping their horn.”

The people screaming were the parents of a three-week-old girl who stopped breathing. The family was on their way to the hospital after the three-week-old started choking while being fed at home.

“I put her on my knee because I didn’t want to put her on the ground,” Williams said. “I just started CPR on her. ”

The baby began breathing again within seconds. She was crying when the paramedics arrived.

The baby’s parents were able to take her to a hospital, where she is doing just fine.

It is Williams’ second week working as an officer, and she is still in training. She said saving the baby was just part of the job.

“When I signed up for this job, I knew what it entailed,” Williams said. “The main thing was to protect and serve my community. And I just feel like I was fulfilling part of my duty.”

Williams said she spoke to the baby’s parents twice to make sure everything is okay. #binspirednews

Travelers Prohibited from Entry to the United States

UN, US, Russia and EU meet virtually on Israel, Palestinians