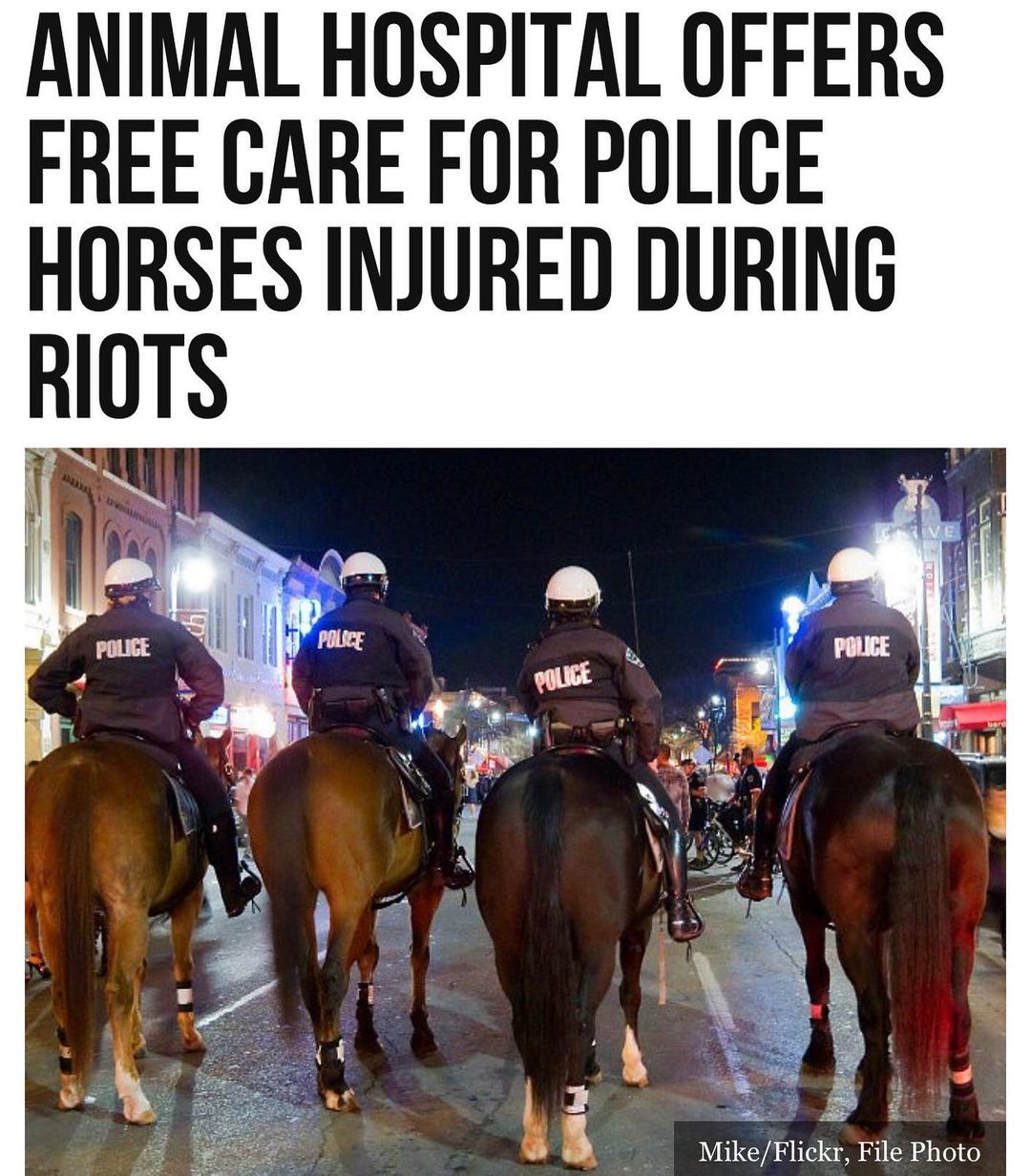 An #Ohio animal hospital is seeking to help #police #horses injured during the riots that took place across the country this weekend — free of charge.

The #AnimalEyeInstitute, located in #Cincinnati, Ohio, is offering to treat any horses of police forces from Columbus, Ohio, to Lexington, Kentucky, that suffered from eye injuries during the protests. “We aren’t in any way going to get political here, but if any police horses have eye injuries from protests from Columbus down to Lexington, we will treat them for free,” the hospital wrote on Facebook. “Just call the office or send us an email. The big gentle giants don’t deserve to be hurt.” In the Columbus, Ohio, protests on Saturday, several objects were thrown at the mounted police officers before tear gas was fired. The protests in Columbus turned to riots, prompting the Ohio governor to activate the National Guard and Columbus city officials to institute a city-wide curfew and issue a state of emergency.

In Lexington, Kentucky, on the other hand, protests mainly stayed peaceful.
In Cincinnati, the home of the Animal Eye Institute, protests have also descended into riots. Fox 19 Cincinnati reported that a bullet struck a Cincinnati police officer’s helmet as protests over #GeorgeFloyd’s death spilled into its third day. The officer was not hurt. #binspirednews