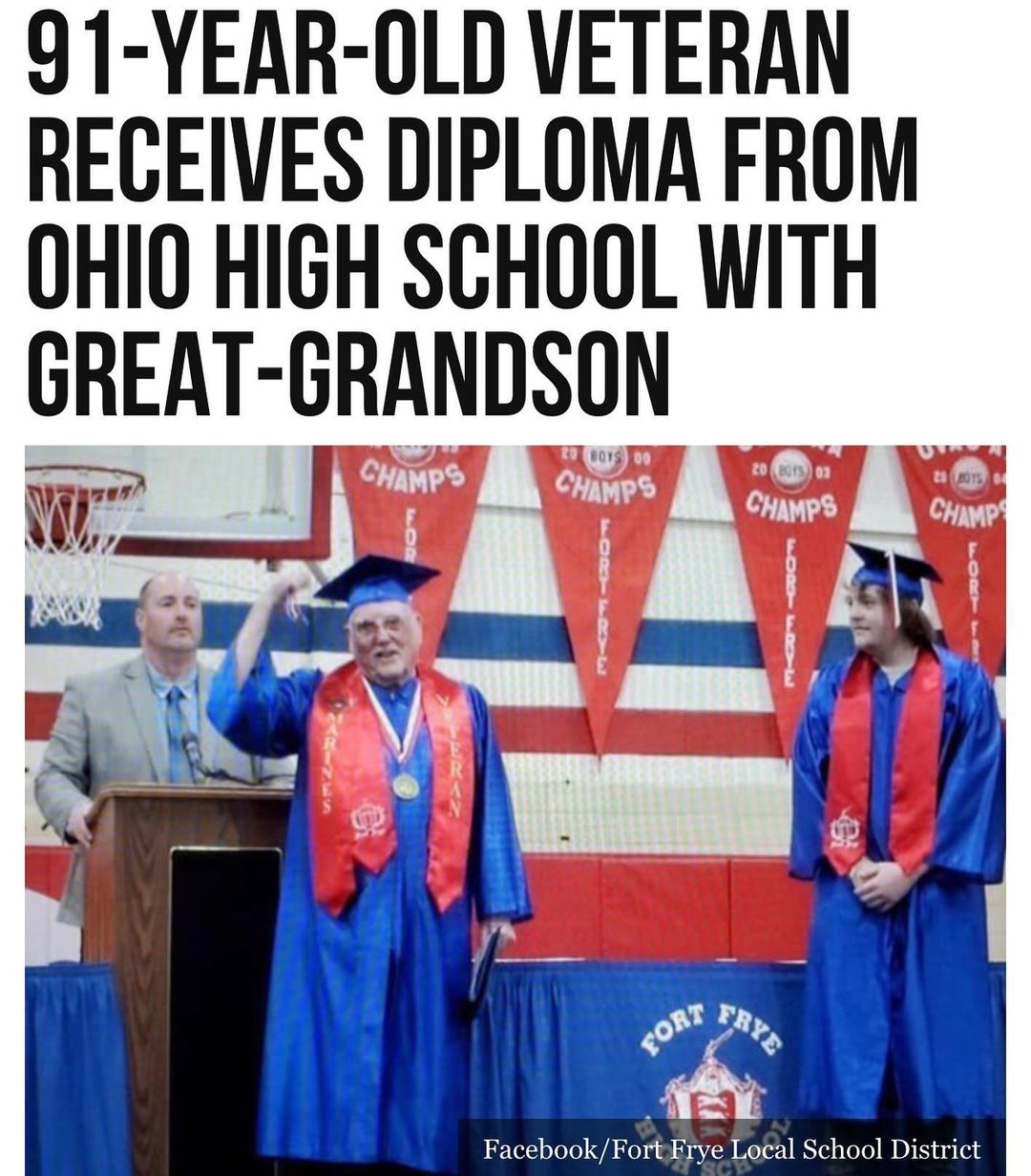 An #Ohio #veteran is having an extra celebration this #MemorialDay weekend as he will finally be graduating from high school at the age of 91.

Wilbert Antill of Warner received his diploma on Saturday from #FortFryeHighSchool alongside his great-grandson, the Antill family told WJW.

Antill entered the #MarineCorps in 1948 at the age of 18. He spent three years in Cherry Point, North Carolina, before he deployed to Korea in 1951.

Antill served as an airplane mechanic while serving overseas before he attained the rank of staff sergeant in 1952 and was honorably discharged.

After his discharge, he returned to Ohio, where he worked in numerous fields such as construction and at a bakery.

Antill has also served as a traveling minister.

In 2018, Antill was ministering at Lower Paw Paw Church of Christ and shared during his sermon that his only regret in life was that he did not receive his high school diploma.

His granddaughter felt inspired and contacted Fort Frye High School. The school worked with the family and Antill to complete what he needed to graduate.

Antill wore his Marine dress blues, gown, cap, and received an honorary diploma from the school on Saturday.

All of Antill’s children graduated from Fort Frye High School, as did the majority of his grandchildren and great-grandchildren.

Antill is not the only veteran who graduated from high school later in life.

All these men have in common is that they are showing the world that it is never too late to go back to school. #binspirednews

What Paratransit Operators Need to Know about COVID-19