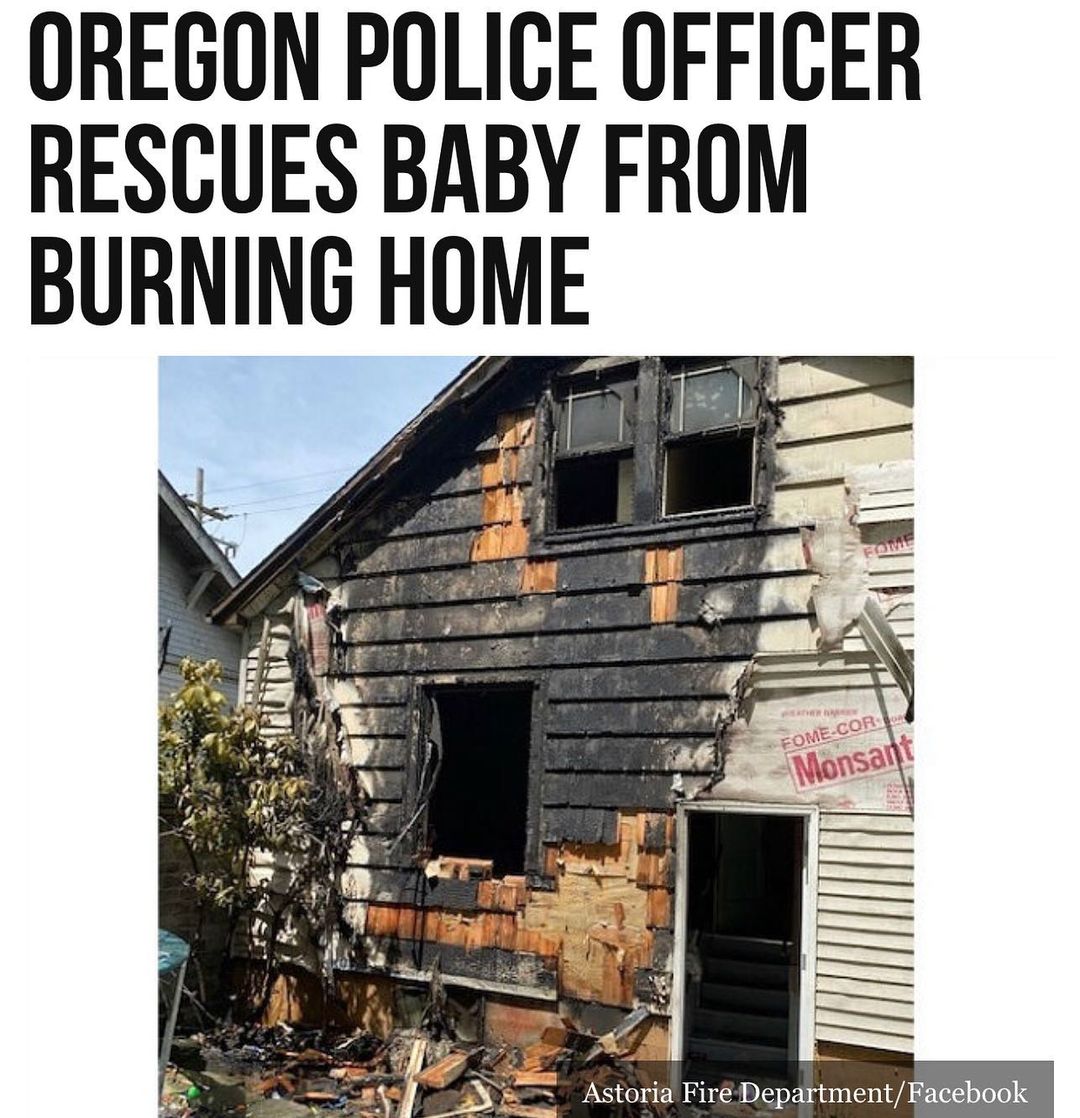 An #Oregon police officer has been commended for his “heroic” deeds after he ran inside a burning building to rescue a baby on Friday.

Passerby Christine Lawler said she was driving when she noticed a home on fire and pulled over to see what she could do to help, the Daily Astorian reported.

A bicyclist also stopped to alert the family before trying to use a garden hose to put the fire out.

Astoria #Police Officer Jason Robinson approached the front door and helped a man evacuate the house. A woman and her children already escaped the blaze safely, but the woman yelled when she noticed her baby was still asleep in the house. “I think she was in shock and said, ‘Oh my gosh, my baby is still inside in the swing’ and I just started running for the door with every intention to go in and look for this baby,” Lawler told KPTV. “I opened the door, put my hoodie over my nose and was ready to go in and out he comes.” It was Robinson who rescued the infant from the flames, holding the baby in his arms.

The Astoria Fire Department arrived at the scene and was ready to make a rescue if necessary. They put the fire out in ten minutes.

No one was injured in the incident, although the house suffered fire damage. The fire is believed to have been started by accident, officials said. “I believe officer Robinson’s actions did save lives,” Astoria Fire Chief Dan Crutchfield said. “And I think that in a small community like Astoria, first responders rely on each other. And I think we’re really fortunate to work with some well-trained and exceptional police officers. And really, we may wear different uniforms, but we are one team here in Astoria.” #binspirednews 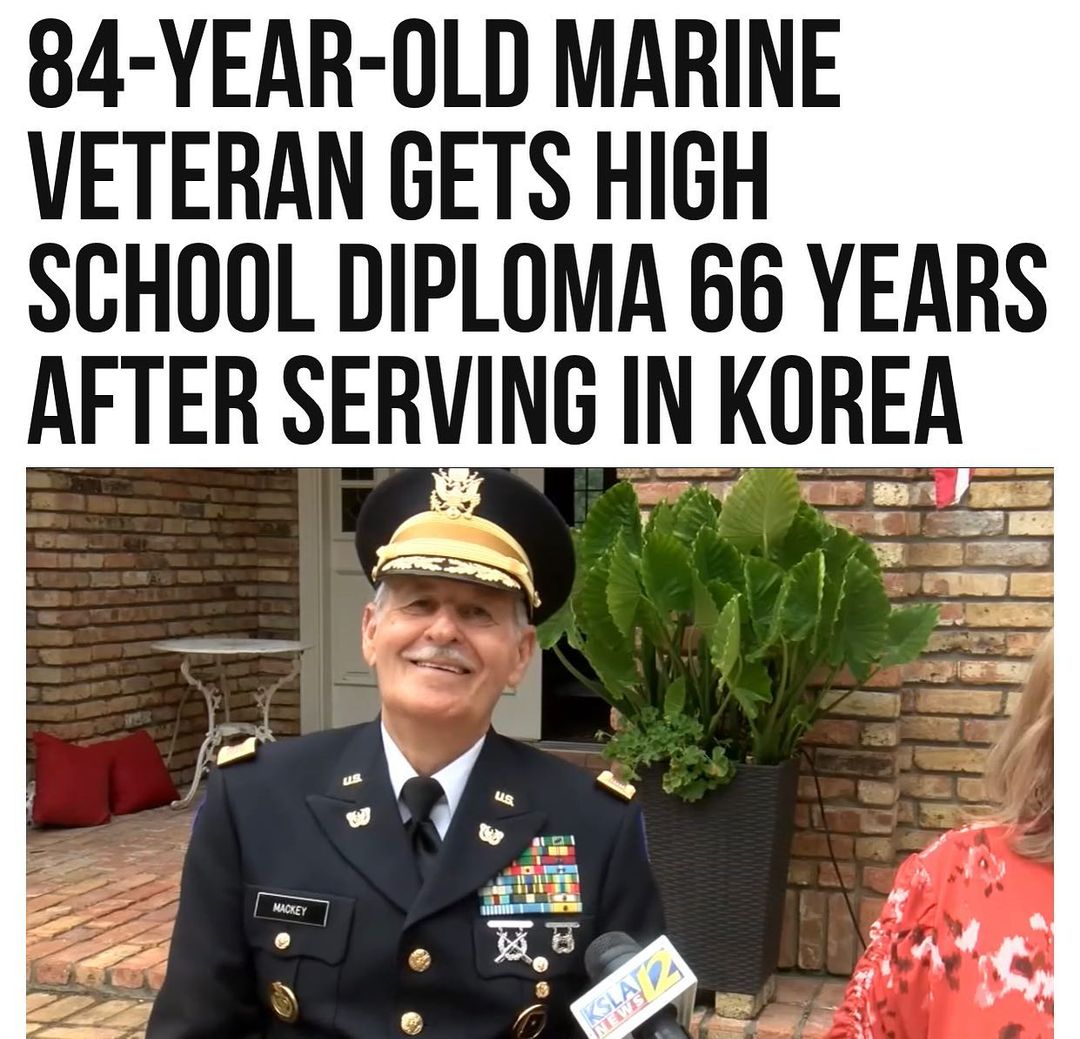 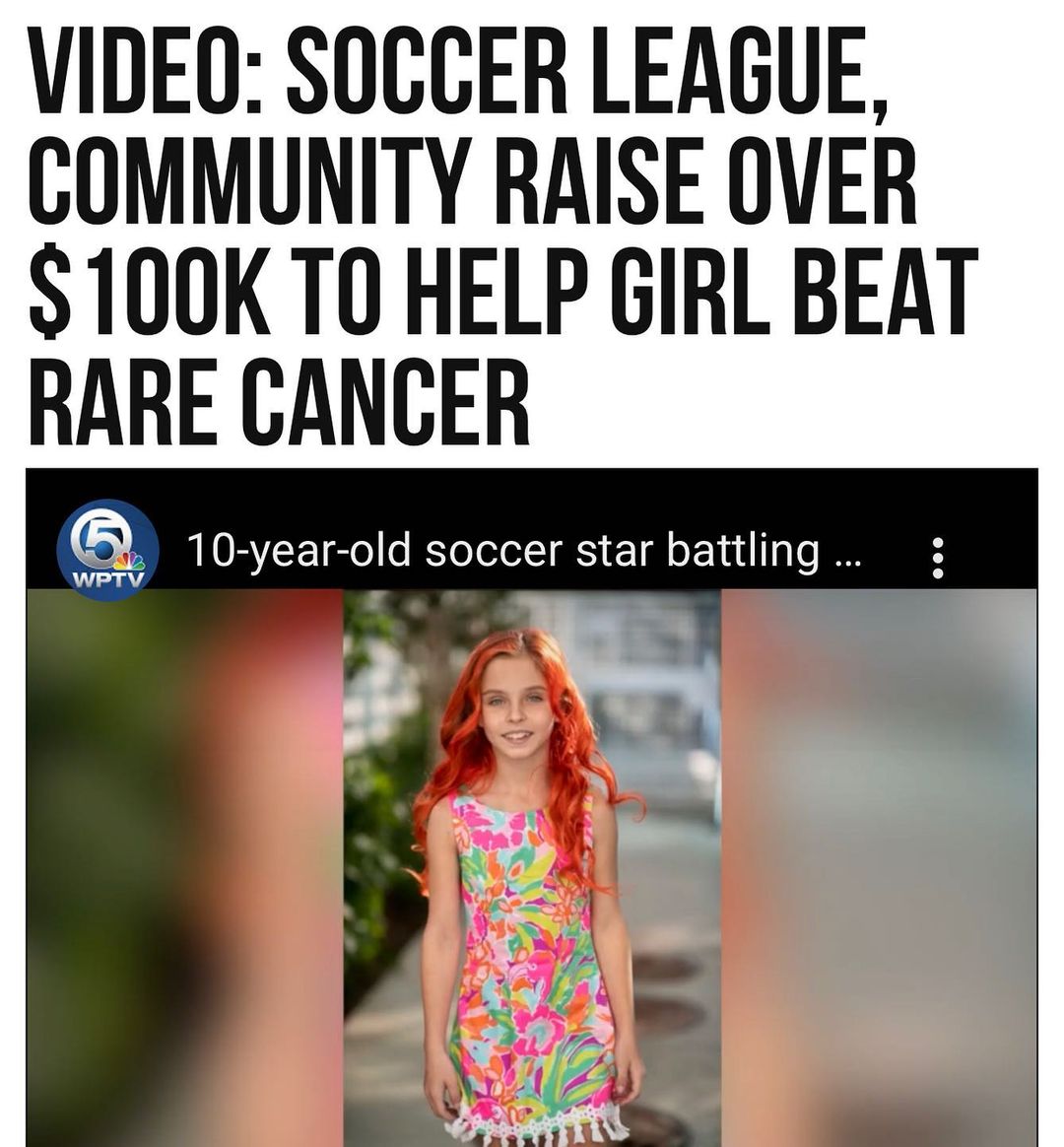 Everyone in #PalmBeachGardens, #Florida, who has met 10-year-old Luna Perrone kn…