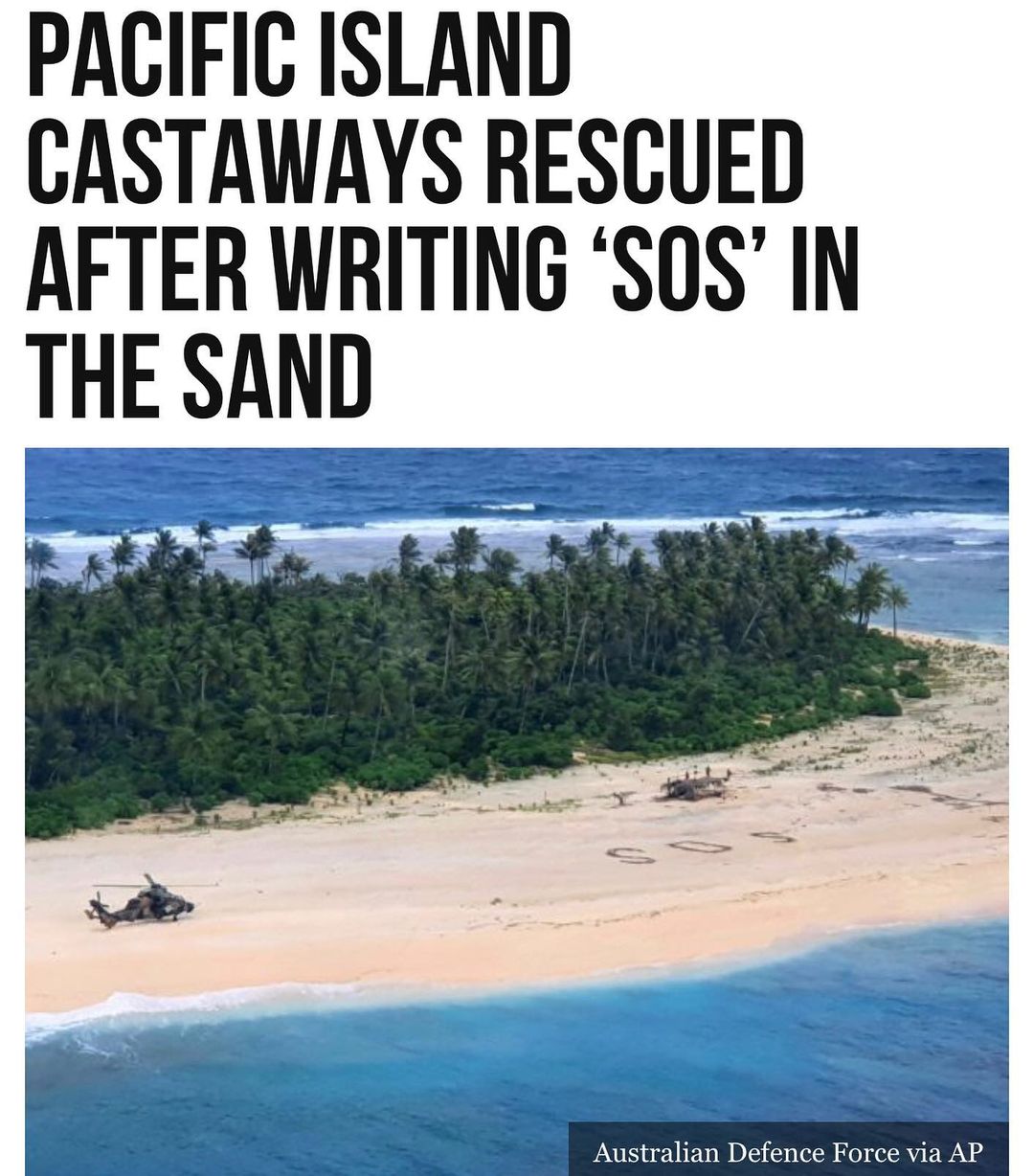 An “#SOS” message scraped onto the beachfront of a tiny #Pacific island directed the aircrew from an Australian navy assault ship to three missing sailors, military authorities said Tuesday.

Australian and U.S. military aircraft initially found the three men on deserted #PikelotIsland, nearly 120 miles from their departure point. Watch below as first contact is made.

Rescuers said they were “in good condition” with no significant injuries.

Pikelot is an uninhabited low coral atoll standing at less than half a mile long, heavily forested and home to a seabird rookery and turtle nesting site.

The Micronesian sailors had been missing for three days after their 20-foot skiff ran out of fuel and strayed off course.

The Federated States of Micronesia, in the western Pacific, groups more than 600 small islands scattered across the ocean.

Authorities in the U.S. territory of Guam first raised the alarm on Saturday after the men failed to return.

Australia’s HMAS Canberra was sailing between Australia and Hawaii when it received the call for help and quickly swung into action.

On Sunday, an attack helicopter from the Canberra spotted the giant SOS, close to a small makeshift shelter on the beach, and it landed to check the men’s condition and give them food and water.

Canberra’s Commanding Officer Captain Terry Morrison said the response by the ship’s company to the operation was outstanding. He commented:

“The ship’s company responded to the call and had the ship quickly prepared to support the search and rescue. In particular, our embarked MRH90 helicopter from No. 808 Squadron and the four armed reconnaissance helicopters from 1st Aviation Regiment were instrumental in the morning search that helped locate the men and deliver supplies and confirm their welfare. I am proud of the response and professionalism of all on board as we fulfil our obligation to contribute to the safety of life at sea wherever we are in the world.”

A Micronesian patrol vessel, FSS Independence, is on its way to the island to pick up the men.

The men’s rescue from the island is the second dramatic intervention in the western Pacific in days. #binspirednews