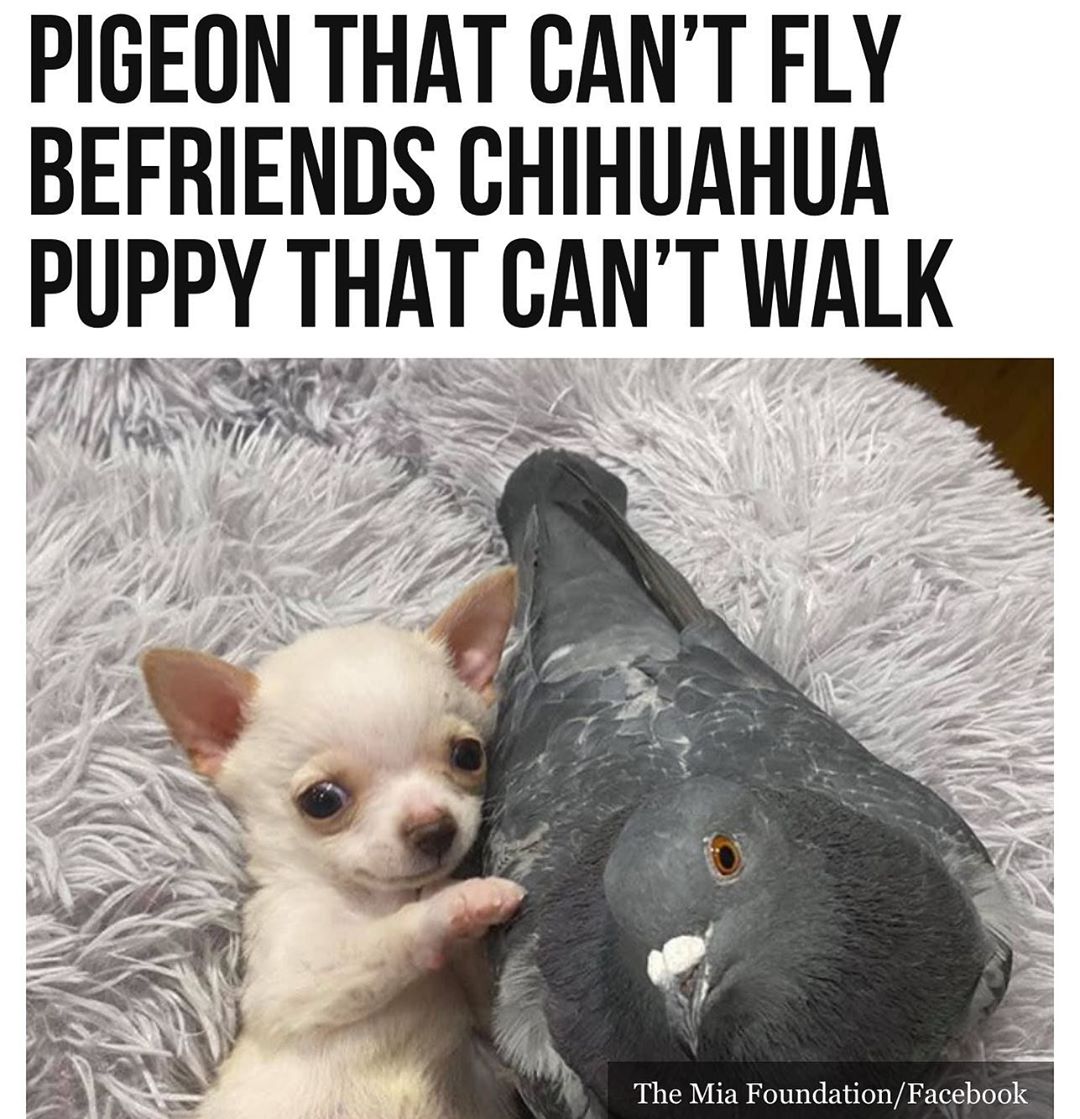 An unlikely pair of #rescue #animals have become the closest of friends, as one #pigeon that cannot fly befriended a newborn #Chihuahua #puppy that cannot walk.

The pigeon, Herman, suffered neurological damage more than a year ago, which caused him to lose the ability to fly. The newborn puppy, Lundy, lost the use of his back legs.

But the two of them snuggled up together as if they were members of the same litter or nest, prompting many people to donate to the foundation, which not only brought them together but made them better.

Both animals met through the #MiaFoundation, a #Rochester, #NewYork, based organization that rehabilitates animals with birth deformities.

Herman was found sitting on a pavement over a year ago without moving for three days until rescuers took him in. Neighboring rescuers said there was nothing they could do for him and said he would have to be put down, so Sue Rogers, the founder of the Mia Foundation, took him in herself.

Lundy is a new arrival from South Carolina. His breeders sent him to Rogers after discovering he could not use his hind legs.

Rogers said she suspects Lundy’s tiny spinal cord is the reason he has trouble walking. While Rogers was giving Lundy some attention, she immediately noticed how the two instantly snuggled up with each other.

Rogers took some photos of their cuddling, and the “oohs” and “ahhs” on the Internet soon followed.

People from all over the world flooded Rogers’ inbox with offers to adopt Lundy, donate to the organization, or provide support. The photos led to a total of $6,000 in donations, UPI reported. “I was blown away,” she said.

Herman will likely be cared for by Rogers for the rest of his life, but Rogers said she is hopeful Lundy has enough strength to survive. “With animals born with defects, there’s a chance we could lose them,” she said. “So we don’t want to make anyone really excited. But now I think we’ve gotten a thousand emails asking, ‘Please, don’t ever separate those two!’” #binspirednews

Stop the Spread of Rumors 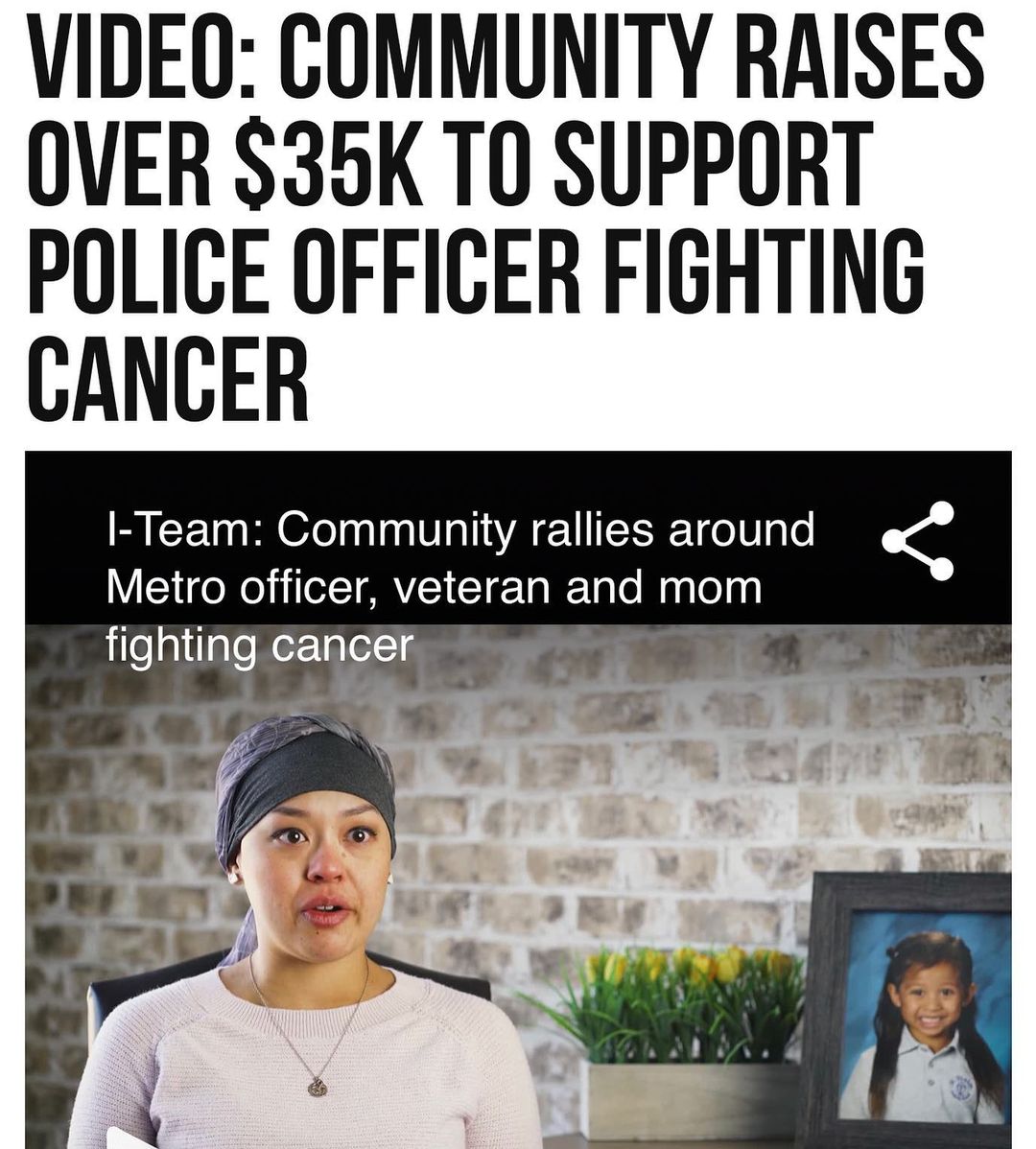 Community members in #LasVegas, #Nevada, are showing their support for a Metropo… 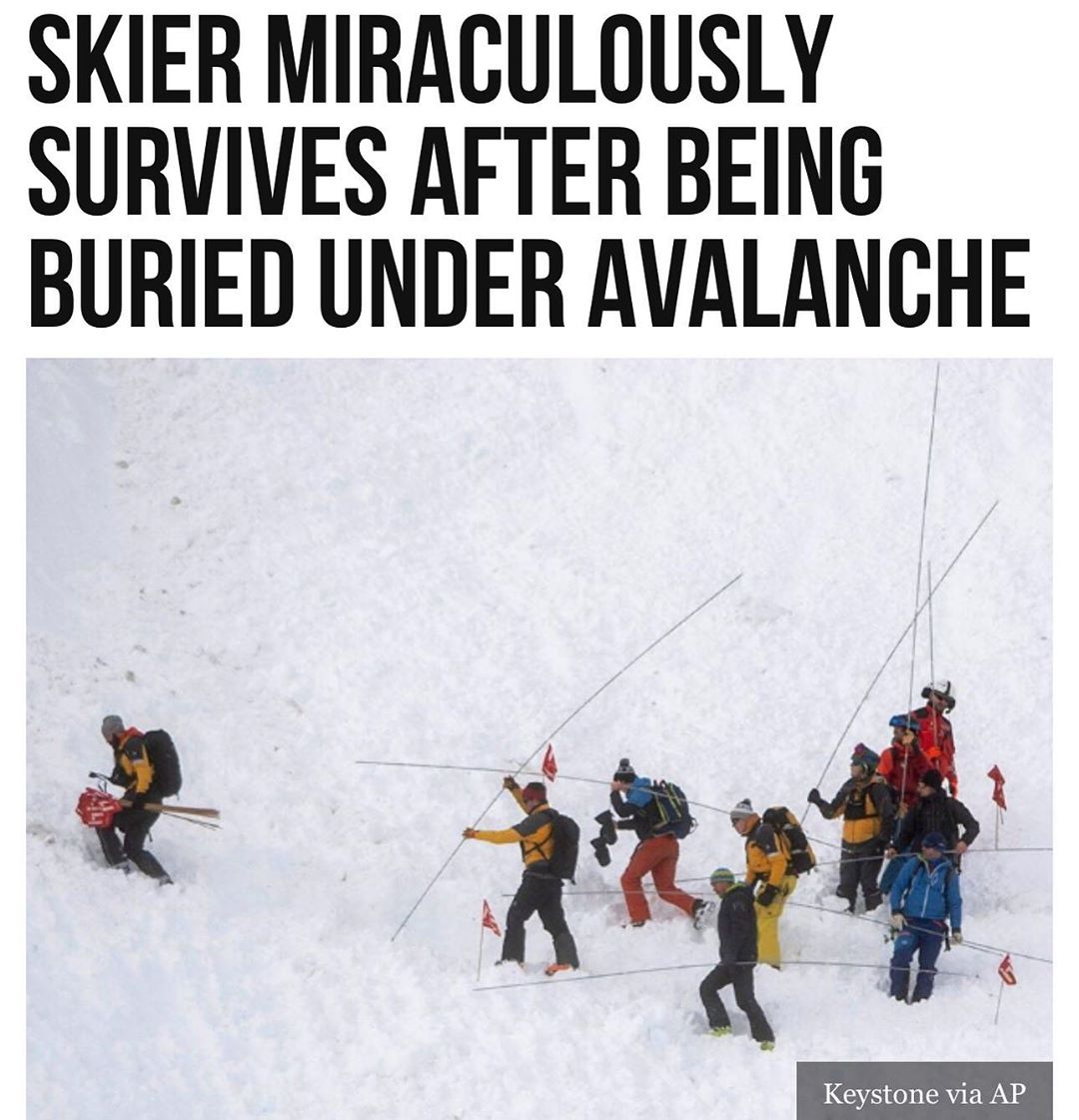 20 thoughts on “An unlikely pair of #rescue #animals have become the closest of friends, as one …”