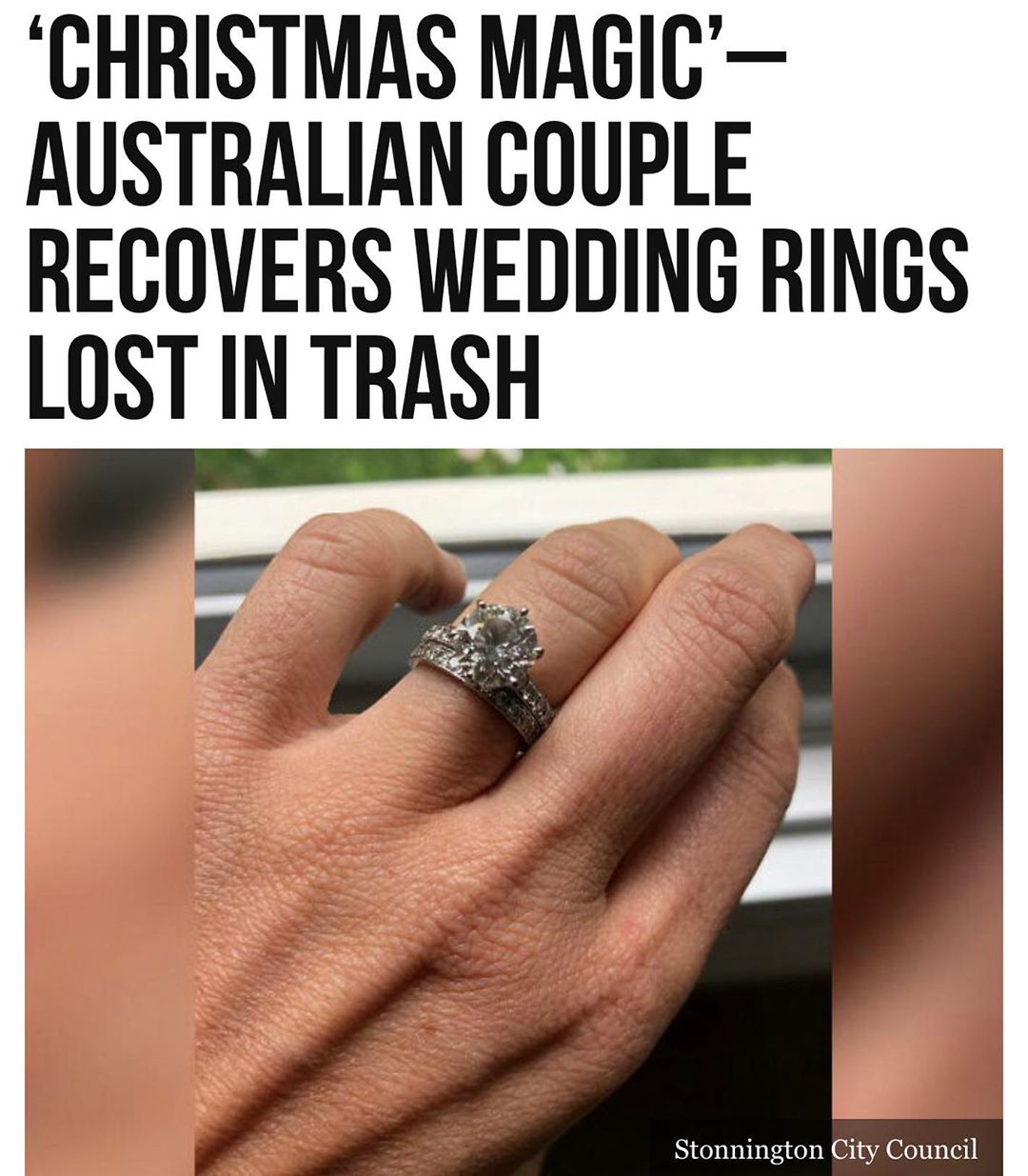 An unnamed #Melbourne suburban couple recovered wedding and engagement rings in time for #Christmas thanks to the goodwill of local sanitation workers.

Stonnington City Council spokesman Jim Carden praised the trash collectors and city council workers for going “above and beyond” to bring the couple “a little bit of Christmas magic” this holiday season. “We are pleased to have saved some memories and what we understand was highly valuable stuff both financially and sentimentally,” he said of the “fairytale outcome.” The couple lost a small jewelry box containing their matrimonial keepsakes in the midst of a home renovation and only discovered their mistake after the garbage had been collected. After a “sleepless night,” they arrived at the dump at 4 AM, fully intending to dig through the waste themselves.
Fortunately, they did not have to. Employee goodwill — and a fortunately distinct pink garbage bag — returned the items to them soon after the truck was opened. Carden did, however, caution that this was not policy and that employees cannot always “readily empty the transfer stations looking for things people think they may have tossed out.” “Our guys are trained to work in a tough and risky environment and we don’t allow people to just pick over tons of often dangerous materials with heavy machinery all around,” he explained. Nevertheless, Christmas will be just a little cheerier for two people who very nearly lost a treasured symbol of their union. And that, exception or not, is something worth celebrating. #binspirednews

Interview with Virologist Christian Drosten:”I Am Quite Apprehensive about What Might Otherwise Happen in Spring and Summer”

Screening Clients for COVID-19 at Homeless Shelters or Encampments