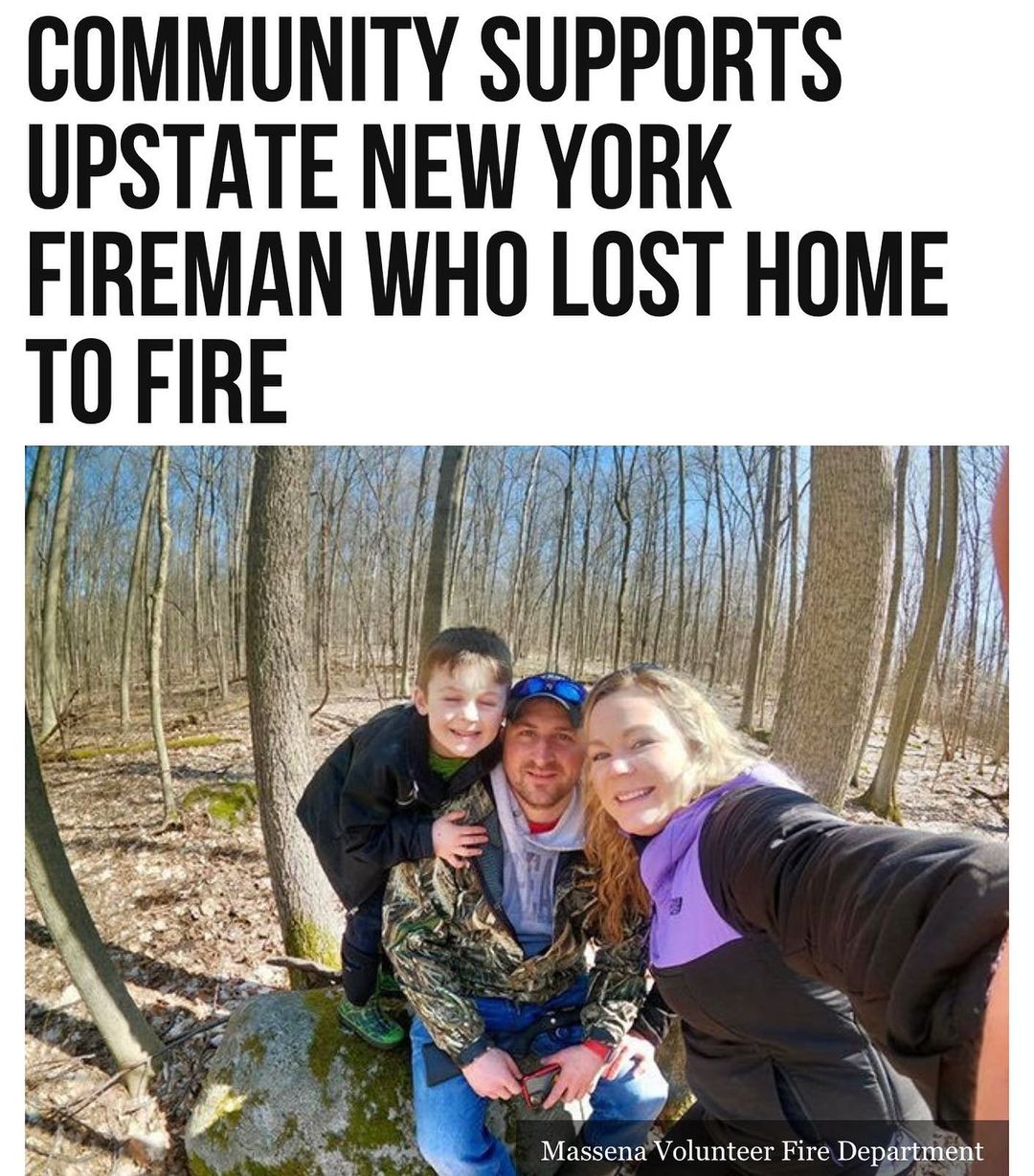 An upstate #NewYork fireman is getting help from his community after he lost his home to a fire.

The Massena Volunteer Fire Department responded to a fire at a house located on Pontoon Bridge Road at 1:30 p.m. on Friday. The house belonged to #firefighter Jason Moran and his partner Amanda Kenny; their son Parker also resided with them, NNY 360 reported.

Horan is a volunteer firefighter for the town and works as a full-time firefighter, hazmat, and rope rescue tech for the Alcoa plant’s fire department.

Paul Brownell, Massena’s fire chief, said Horan was at work at the Alcoa plant when he was notified that his house was on fire.

“He got the notice from somebody at work, they told him, and he was able to come to the house,” he said.

Brownell said the house was a total loss, and the cause of the fire is still under investigation.

But that did not stop the community from getting together to support Horan and his family in his time of need.

Horan’s sister started a GoFundMe page shortly after the fire, raising more than $11,000 out of their $25,000 goal as of Monday afternoon.

The fire department is hosting a chicken barbecue and bottle drive starting on Sunday, October 4, at 11 a.m. at the fire station to benefit Horan and his family, according to the fire department’s Facebook page.

Meals will only be distributed for take-out or delivery.

The local Cedar View Golf Club will also host a benefit tournament for Horan and his family, according to the fire department’s Facebook page.

On Saturday, beginning at 9:30 a.m., golfers can participate in a four-person scramble tournament for $75 per head.

“The owners are close friends of the fire department,” Brownell said. “They wanted to step up and do stuff for the family, and host a golf tournament in their honor.” #binspirednews

The drive-in movie stages a comeback in U.S. in coronavirus era