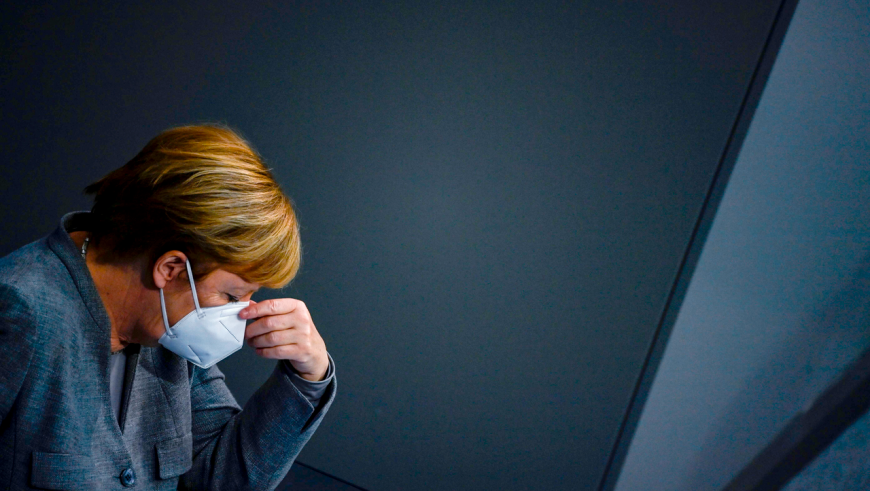 What will we have to forgive Angela Merkel for one day? What is her contribution to the disaster that Germany is currently going through? Everyday, hundreds of people are dying in the country from the coronavirus, the ICUs are almost full, and the number of daily new infections remains high. And this despite the fact that things looked so good for so long, with Germany enjoying a significant advantage over almost every other country in Europe. That advantage, though, has now been almost completely wasted. Which raises the question: Is the country in this situation because of Merkel, or despite Merkel?

It is a question that must be addressed at the end of this terrible year, and the point is not to cast blame, but to gain clarification: What precisely happened and why? And if somebody was simply overwhelmed, confused or made a mistake, we should be able to forgive, as Health Minister Jens Spahn said at the very beginning of this pandemic.

It is also clear that fighting the pandemic has never been up to Merkel alone. Many politicians have a role to play, especially the governors of Germany’s 16 federal states, but also the country’s residents, whose behavior determines how rapidly the virus is able to spread. Corona was and remains a challenge for the entirety of German society.

Still, the chancellor does hold a significant share of responsibility for Germany’s response to an existential threat. Merkel is the epicenter of the country’s politics. In future biographies and history books, significant weight will be given to how she led the country through the crisis. It is her most important and most difficult task. Almost everything has changed as a result of the pandemic. Including Merkel herself.

Just like in many other areas of life, there are two major steps in politics: First, you have to recognize a problem and figure out the situation you are facing. And second, you have to implement measures to improve things. Insight and action.

It took awhile early on for the chancellor to recognize the gravity of the situation. But once she understood precisely how this virus works, she was in a permanent state of alarm and consistently expected the worst. Even the low numbers seen in Germany and throughout much of Europe in the summertime weren’t enough to mollify her – and as we know now, she was right. When it comes to insight, to understanding, she was the right person to have in the Chancellery.

Unsurprisingly, it proved beneficial that Merkel was a scientist in her first life. She has a clear understanding of what exponential growth means, how quickly things can get out of control. In this case, how fast the virus can spread and the number of deaths can rise. Because the chancellor wanted no part of such a scenario, health was her top priority, even ahead of freedoms and the economy.

Broadly speaking, there are also two possibilities available when it comes to translating understanding into political action. Leaders can either decree the measures to be implemented or they can persuade the population of their necessity. Authoritarian regimes, of course, tend to take the first route, while democracies prefer relying on persuasion as a primary political instrument. Authoritarian leaders rely on their citizens’ fear, while democracies rely on their intelligence and understanding.

In her 15 years as German chancellor, Merkel has consistently been in a position of having to persuade others: her own party, her coalition partners, her cabinet, the states, sometimes the opposition, Germany’s partners in the European Union and its allies further afield. And every four years, she has had to persuade the voting public. It’s a lot of persuasion – and she has been largely successful at it, otherwise she wouldn’t have been able to remain in power for so long.

Still, Merkel also had decrees at her disposal, and the tools of institutional power. With respect to her cabinet, she had greater say in policy. As head of her party, she was able to decide who to appoint to what position, thus establishing loyalty. And because of her years in office and her generally sky-high approval ratings, her authority kept growing – to the point that she completely dominated politics in Germany for years at a time. In the European Union, Merkel’s power is also rooted in Germany’s economic power. She has the keys to the vault, which also tends to make others more pliant.

A Lame Duck in a Pandemic

That’s how politics used to be for Angela Merkel. She could decide very little on her own, so she had to persuade others, search for compromises and establish consensus – but because of her institutional power, she had a clear advantage over others, particularly over other members of her party.

But that is no longer true.

When it comes to state governors, with whom Merkel must reach agreement on how to approach the pandemic, the chancellor does not enjoy any special policy-making authority. The states are responsible for many of the measures, not the federal government. And Merkel also doesn’t enjoy the same amount of authority within her party since she is no longer the leader of the Christian Democratic Union (CDU). Plus, since she will not be running for a fifth term ahead of next year’s elections, fellow conservatives don’t have to worry about protecting her from criticism or making her look good just so the party gets as many votes as possible in fall 2021. They are no longer dependent on her. She is, as the Americans might say, a lame duck.

The state and its leading political figures must constantly be in top form – and that simply isn’t possible in an extended power vacuum.

Merkel, of course, played a role in her current lame-duck status. Following the conservatives’ rather poor showing in the 2018 election, she stepped down from the party chair position, but insisted on remaining in the Chancellery until the end of her term. The world, though, has little patience for extended periods of transition. There is a constant stream of new upheavals – like Brexit, Trump and the coronavirus. The state and its leading political figures must constantly be in top form – and that simply isn’t possible in an extended power vacuum.

Because Merkel’s institutional power is rather limited in the pandemic, she has to make it about herself. Pure Merkel. She has to rely on her persuasive ability and get the governors on her side.

She hasn’t found much success in that effort. Following her meetings with the governors, the chancellor has often seemed dissatisfied, sometimes even frustrated. First, she felt that the measures this spring were loosened too quickly and then, this fall, she thought the states were too late in imposing new measures. Despite her in-depth knowledge of science and the virus, there were several weeks when she was unable to translate that into appropriate policies because the governors were having none of it. And many of those most firmly standing in her way were from her own party, the CDU – like the eastern German governors Reiner Haseloff of Saxony-Anhalt and Michael Kretschmer of Saxony, along with Armin Laschet from North Rhine-Westphalia. They, too, had good arguments on their side. After all, freedom is valued highly in a democracy.

From the perspective of today, however, it is clear that the measures adopted were too weak. Only after the number of new infections registered each day rose above 10,000 did some governors begin to draw the same conclusions as the chancellor.

Merkel also wasn’t able to sufficiently convince the population of her ideas. She has enjoyed extremely high approval ratings throughout the pandemic, but her pleas and entreaties proved unable to convince many in Germany to sufficiently reduce their social contacts this fall.

In authoritarian systems, power structures are clear: The leader issues a decree and everyone else has no choice but to follow it. Otherwise, they are punished. But in democratic systems, there is frequently power on both sides. Those unwilling to follow the rules simply don’t follow the rules, no matter what Merkel does. As such, it would certainly be wrong to assign sole blame to her for the difficult situation now facing Germany.

Ultimately, only the results really matter, and those results aren’t great.

But it is also true that she hasn’t cut the best figure in this pandemic. Her public appeals were often not convincing enough, and that has come as a surprise. Merkel had the reputation for being calm, cool, collected and in control. That has been her modus operandi as chancellor for many years.

In her biggest test, though, she seems to have deviated from that aplomb. She has seemed nervous in some of her appearances, breathing heavily or speaking with a shaky voice. Sometimes, she has seemed resigned, at others, offended. Every so often, she has come up with rather clumsy proposals, such as having children do “knee bends” or clap their hands to ward off the cold in classrooms with windows constantly open. In one instance, she took the governors by surprise with a list of heavy-handed measures for their approval, a move that seemed guided almost by desperation. If she had been hoping to convince them, it didn’t work.

There have been glimpses along the way of the strong, controlled Merkel we are more familiar with, but she has seemed more moody than usual, has presented policy agreements inaccurately and generally seemed worn and fatigued. It is understandable given the burden she must bear in this crisis, but a bit more self-assuredness would have been helpful in this situation.

On the administrative level, it would be impolitic to blame the chancellor personally for the failures of a specific ministry or federal agency, such as the initial difficulties and delays when it came to masks and tests, for example. Still, she is the boss and she bears ultimate responsibility for everything. Just as she enjoyed worldwide praise into the summer for Germany’s success relative to other democracies, even though it wasn’t solely because of her.

The share of blame Merkel carries for Germany’s disastrous autumn can’t really be determined with any degree of precision. Ultimately, only the results really matter, and those results aren’t great: All of her efforts weren’t enough to protect the German people from harm. That is something for which she will one day have to be forgiven.

There is an aphorism that applies to people in power, and it goes like this: They can’t prevent all harm, but they are in a position where they must prevent as much harm as possible to fulfill their mandate. That is the tragedy of leadership. And it is one that Merkel is currently experiencing firsthand. 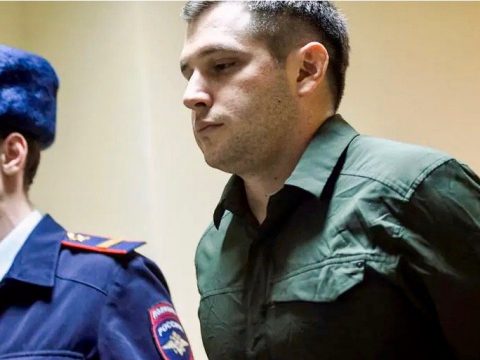 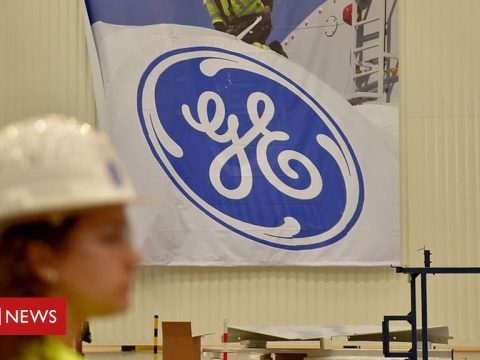 #beatthebug More than 300 Illinois residents banded together to support #police officers in … https://t.co/q6RynVpAgH
View on Twitter
0
0