WASHINGTON (AP) – President Donald Trump says Mexico is paying for the wall (it isn’t), health care choice for veterans came from him (it didn’t) and his tax cut stands as the biggest in American history (nowhere close).

These are among his touchstones – the falsehoods that span his presidency – and he’s giving them another go in the final days of his relentless campaigning.

He’s got fresher false material, too, claiming “incredible” numbers in the pandemic response despite record infections, rising deaths and a statement from his chief of staff Sunday that the government cannot bring the coronavirus under control. He warned darkly of voting fraud in the Nov. 3 election without offering evidence that malfeasance is in play.

In weekend rallies, Trump also portrayed Democratic rival Joe Biden as the helmsman of a Marxist party who lined his own pockets with $3.5 million via Moscow. This didn’t happen.

A look at rhetoric from the weekend:

TRUMP: “Even without vaccines, we’re rounding the turn. It’s going to be over.” – on C-SPAN, Sunday.

THE FACTS: The numbers have turned harrowing, not “incredible.”

The U.S. set a daily record Friday for new confirmed coronavirus infections and nearly matched it Saturday with 83,178, data published by Johns Hopkins University show. Close to 8.6 million Americans have contracted the coronavirus since the pandemic began, and about 225,000 have died; both totals are the world’s highest. About half the states have seen their highest daily infection numbers so far at some point in October.

TRUMP on how long he may be immune to reinfection from the coronavirus: “With me it was for four months. If it was anybody else they’d say for life.” – Ohio rally.

TRUMP: “Now it used to be that if you had it, you were immune for life, right? For life. With me, they say I’m immune for four months. In other words, once I got it, the immunity went down from life to four months. I don’t know. They don’t know either.” – North Carolina.

THE FACTS: The only truth in these statements is that “they don’t know.”

Trump is suggesting here that experts are saying he is only immune from reinfection for four months because they don’t like him. But the science of immunity is not about him and the uncertainty is not a conspiracy against him. Public-health authorities don’t have final answers on how long or well people who had COVID-19 are protected from it again.

While there’s evidence that reinfection in unlikely for at least three months even for those with a mild case of COVID-19, very few diseases leave people completely immune for life. Antibodies are only one piece of the body’s defenses, and they naturally wane over time.

TRUMP: “And by the way, Mexico is paying for the wall.” – New Hampshire rally.

TRUMP: “No, they are paying for it. Totally.” – North Carolina rally.

TRUMP: “We got it financed. Mexico will be paying for it because we’re going to charge a fee.”

THE FACTS: The U.S. is paying for it. Mexico isn’t. The Mexican government flatly refused to contribute to extending or reinforcing barriers on U.S. soil – “Not now, not ever,” Enrique Peña Nieto, then Mexico’s president, tweeted in May 2018.

Since the start, Trump has been fishing for ways to make it appear that he was keeping his promise to make Mexico pay for the project at the core of his 2016 campaign. But the money is coming from today’s U.S. taxpayers and the future ones who will inherit the federal debt.

THE FACTS: He did not get the Choice program passed. President Barack Obama did. Trump expanded it. The program allows veterans to get medical care outside the Veterans Affairs system under certain conditions.

TRUMP on Biden when he was vice president: “So Russia, the mayor of Moscow’s wife, who’s a very wealthy man, she’s a very wealthy woman, retired, gave him three and a half million dollars.” – North Carolina rally.

THE FACTS: No she didn’t.

A Republican congressional report that investigated the Moscow business dealings of Biden’s son, Hunter, pointed to a $3.5 million investment made there to an investment firm linked to Hunter Biden.

The money didn’t go to Joe Biden at all. Nor is there evidence that Hunter Biden pocketed the sum. The GOP report said the money went to the investment firm. And Hunter Biden’s lawyer has said in a statement that his client had no interest in that firm.

TRUMP: “I banned people from China, where it was heavily infected, from coming into a country. Biden was totally against that. He called me xenophobic. And now he goes out and says we should have done it sooner. Well he didn’t want to do it at all.” – North Carolina rally.

THE FACTS: That’s false. Trump never banned travel from China; he restricted it. Biden did not call the travel restrictions xenophobic; he used the term in regard to Trump’s other rhetoric about foreigners. And he did not oppose the restrictions, but rather took no clear position for many weeks, before supporting them.

TRUMP: “You said it in the tape.” – presidential debate Thursday.

THE FACTS: Trump is correct; Biden said it on tape, telling a Democratic primary debate, “No new fracking.” Trump has been playing Biden’s remark at his own rallies.

A fracking ban wasn’t and still isn’t Biden’s policy, though. Biden’s campaign corrected his remark after the primary debate. Biden would ban new oil and gas permits on federal land only; most oil and gas does not come from those properties. He has said repeatedly he would not ban fracking.

Still, Trump called him out for shaping his stance to suit a more liberal primary audience and argued at his Ohio rally Saturday that Biden in office would be beholden to Democrats who want to ban fossil fuels, people he hyperbolically called “the communists, the Marxists and the left wing extremists.”

TRUMP: “In Nevada, they want to have a thing where you don’t have to have any verification of the signature.” — New Hampshire rally.

THE FACTS: Not true, despite his frequent assertions to the contrary. The state’s existing law requires signature checks on mail ballots. A new law also spells out a process by which election officials are to check a signature against the one in government records.

In Nevada’s June primary, nearly 7,000 ballots were thrown out due to mismatched or missing signatures.

TRUMP: “I say the biggest risk we have are the fake ballots.” – New Hampshire rally.

TRUMP: “If we don’t know the result on Nov. 3, that means – unlike it has always been where you generally find out the election that night or soon – we could be going on forever with this. It’s the craziest thing … and we shouldn’t let it happen.” — New Hampshire rally.

THE FACTS: His statements are overblown.

It’s true that many states are expecting a surge in mail-in voting because of the coronavirus pandemic, which may lead to longer times in vote counting. The U.S. Supreme Court, for instance, will allow Pennsylvania to count mailed-in ballots received up to three days after the election. But there is no evidence to indicate that massive fraud is afoot. Any delay in declaring a winner of the presidential race after Nov. 3 would not in itself be illegal.

Broadly speaking, voter fraud has proved exceedingly rare. The Brennan Center for Justice in 2017 ranked the risk of ballot fraud at 0.00004% to 0.0009%, based on studies of past elections.

In the five states that regularly send ballots to all voters who have registered, there have been no major cases of fraud or difficulty counting the votes.

Even if the election is messy and contested in court, the country will have a president in January – and not have vote counting going on “forever” as he asserts – because the Constitution and federal law ensure it.

TRUMP: “We brought in tremendous numbers of companies … I said to Prime Minister Abe, a great, great gentleman who retired … ’Shinzo, you got to open some factories in Michigan … You’re selling too many cars made in Japan, you got to make them in the U.S.’ He’d say ’Well, I don’t do that … this is done by the private sector …’ I said, ‘You have to do it.’ The next day, they announced five companies were opening up factories.” – New Hampshire rally.

THE FACTS: That’s a made-up story he’s told before.

No Japanese automaker assembly plants have been announced or built in Michigan, let alone in one day, and there are no plans to add any.

There is one manufacturing facility, a joint venture between General Motors and Honda, south of Detroit. It’s the $85 million expansion of an existing facility to make hydrogen fuel cells with about 100 new jobs, according to the Center for Automotive Research, an industry think-tank in Ann Arbor, Michigan. Subaru has a new research center with about 100 new jobs, and Renault-Nissan-Mitsubishi and Toyota have announced expansions of research facilities.

These are not new “car plants” run by Japanese automakers and these initiatives did not all materialize in one day.

TRUMP: “We got off that crazy Iran deal, right? The Iran nuclear deal, where Obama gave them $150 billion for the privilege.” – North Carolina rally.

THE FACTS: No, Obama did not give the Iranians $150 billion for signing the multinational deal to constrain their nuclear development. The deal let Iran have access to $150 billion of its own assets that were frozen abroad until Tehran agreed to the terms.

The U.S. made a separate payout to Iran of about $1.8 billion. That was to settle an old debt over military equipment that Iran paid for but never received.

TRUMP: “You know, you got the biggest tax cut in the history of our country. I got it for you.” – North Carolina rally.

THE FACTS: His tax cuts are not close to the biggest in U.S. history.

It’s a $1.5 trillion tax cut over 10 years. As a share of the total economy, a tax cut of that size ranks 12th, according to the Committee for a Responsible Federal Budget. President Ronald Reagan’s 1981 cut is the biggest, followed by the 1945 rollback of taxes that financed World War II.

Post-Reagan tax cuts also stand among the historically significant: President George W. Bush’s cuts in the early 2000s and Obama’s renewal of them a decade later.

EDITOR’S NOTE – A look at the veracity of claims by political figures. 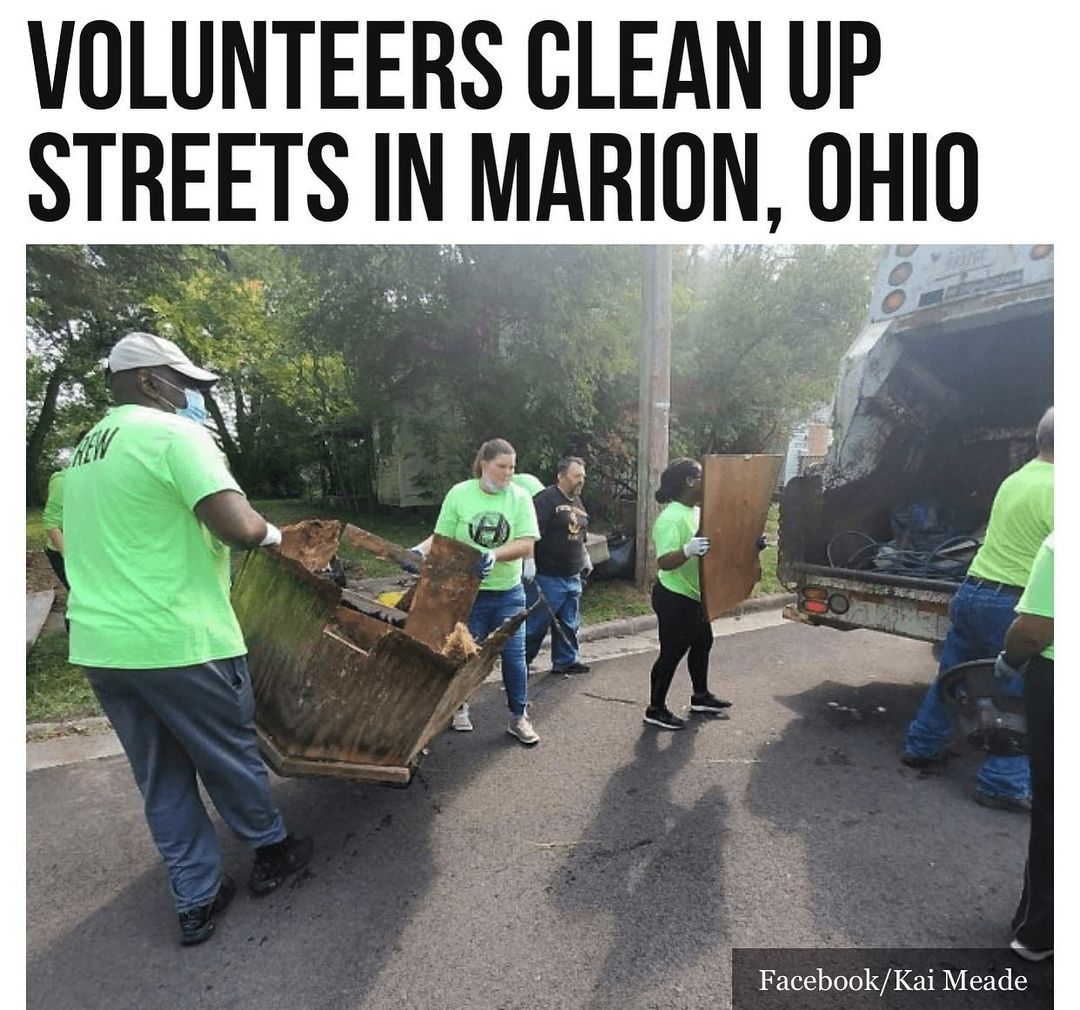 Guidance for Meat and Poultry Processing Workers and Employers