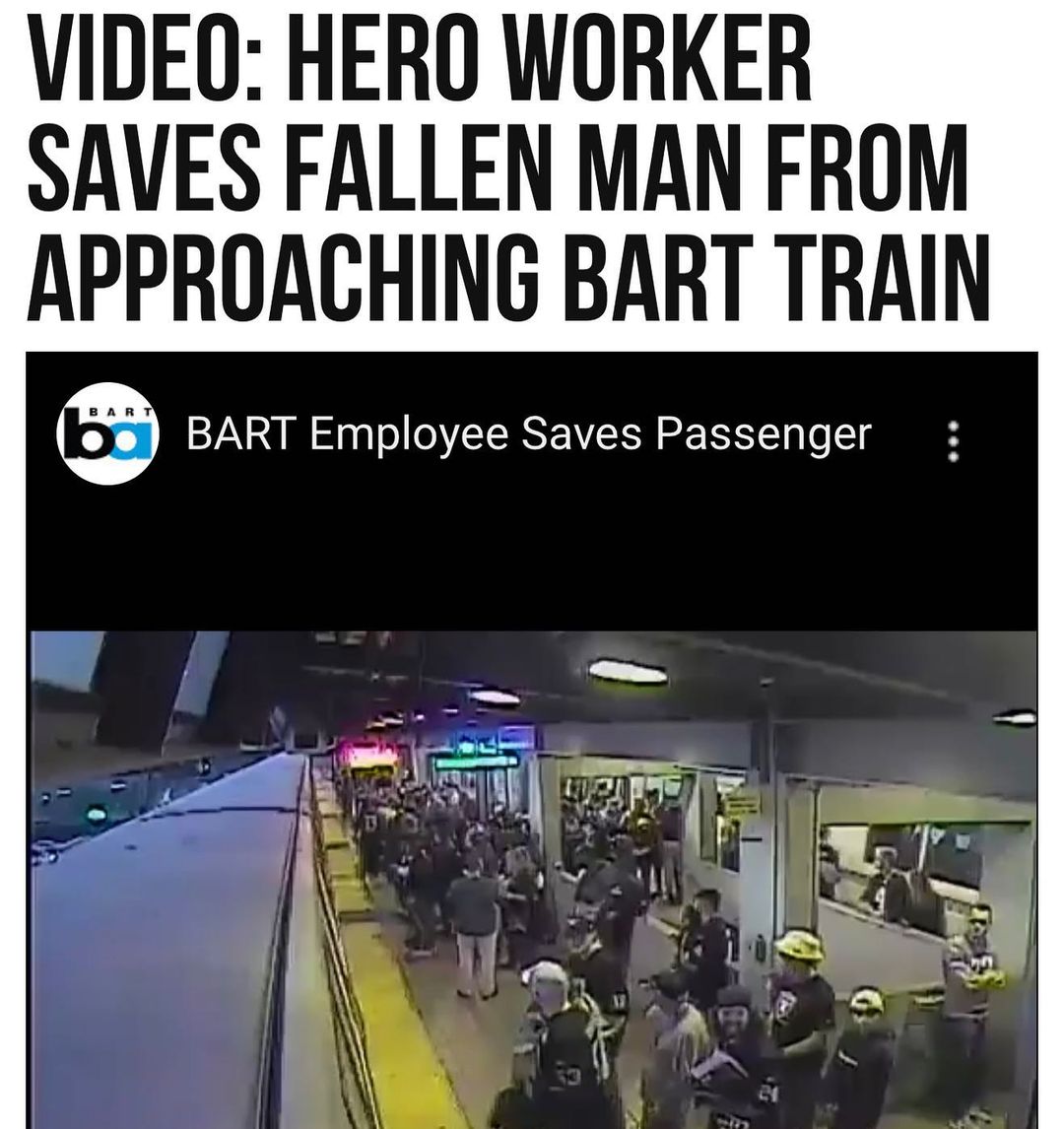 A Bay Area Rapid Transit (BART) worker is being hailed as a hero after he saved a man who fell onto the tracks in front of an approaching BART train on Sunday.

A video of the incident showed that the man stepped the wrong way on the yellow safety strip as the subway car approached.

KPIX reported that the incident took place at 5:20 p.m. on Sunday at the BART Coliseum station when BART Transportation Supervisor John O’Connor was working that evening to help with crowd control after the Oakland Raiders game.
As the train zoomed by, O’Connor grabbed the man using his shoulders and yanked him back up onto the platform, according to the video.

A video posted to Twitter showed the two men giving each other a hug moments after the harrowing incident. “He was sitting right there and he put his hand out and that’s when I gave him a hug. I’m like, Dude, you almost didn’t make it,” O’Connor told KPIX.

O’Connor told reporters at a press conference Monday that he was “thankful” to be put in a position where he could save the man’s life. “I was fortunate that God put me there and he go to see another day. When I spoke to him later, I told him, ‘Hey, pay it forward,’” said O’Connor. “There was really no time to make a decision. I just looked, and it just happened. You know, when you look at police, fire, military, we’ve got heroes on a daily basis. It really feels awkward to be called a hero.”

For People Living in Prisons and Jails