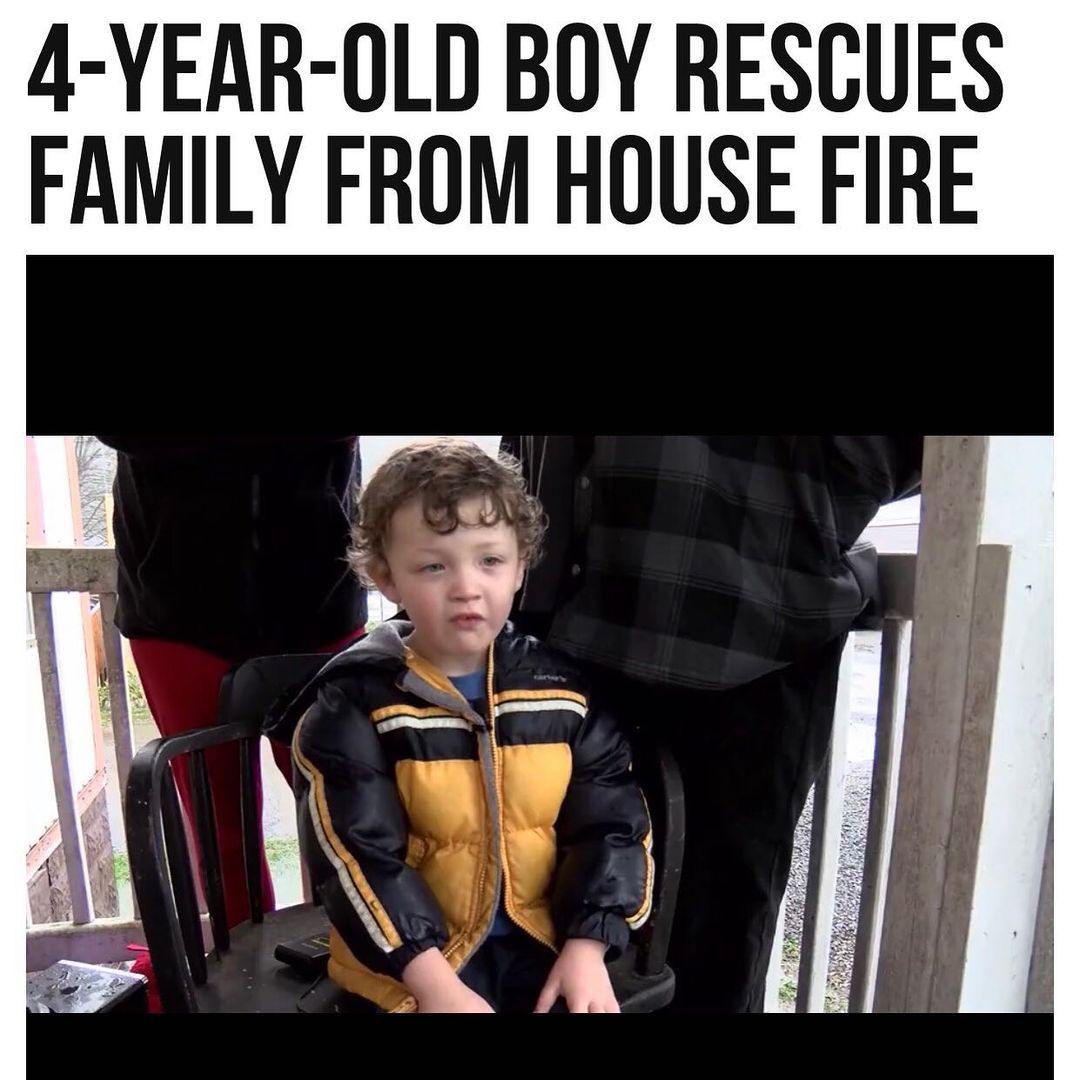 A little boy is being hailed as a hero after saving his family from a fire inside their home in Raven, Virginia, this week.

Four-year-old Elijah Spaulding said he smelled smoke from the blaze and alerted his mother to the danger. “I smelled the fire, I pulled her out of the bed and I went in mommy’s room with sissy, and I told her ‘mommy there’s a fire,’” the boy commented, adding, “I got her out!” His mother, Mylinda, said she taught her son what to do if there was ever an emergency. “He said, ‘mommy, we got to get out.’ I said, ‘did you get your sister,’ and he had his sister in his arms,” she commented.

Elijah’s father, Bobby, was at work when the incident occurred and said his wife was so upset, he did not realize what happened until he made it back home. “I really didn’t understand my wife when she called,” he said. “She was hysterical and I just looked at my boss and said I have to go, there’s something wrong. One of my co-workers rushed me back here and that’s when I saw that it was a house fire.” Unfortunately, the family lost everything in the blaze, including their beloved one-year-old Great Dane, Harley. “He was heart-broken about his dog,” Mylinda said of her child’s sadness over losing his pet.

However, the young mother noted that they chose to see the incident as a new beginning. “We’re going to take it day by day, and eventually again we’ll have a better start,” she concluded.