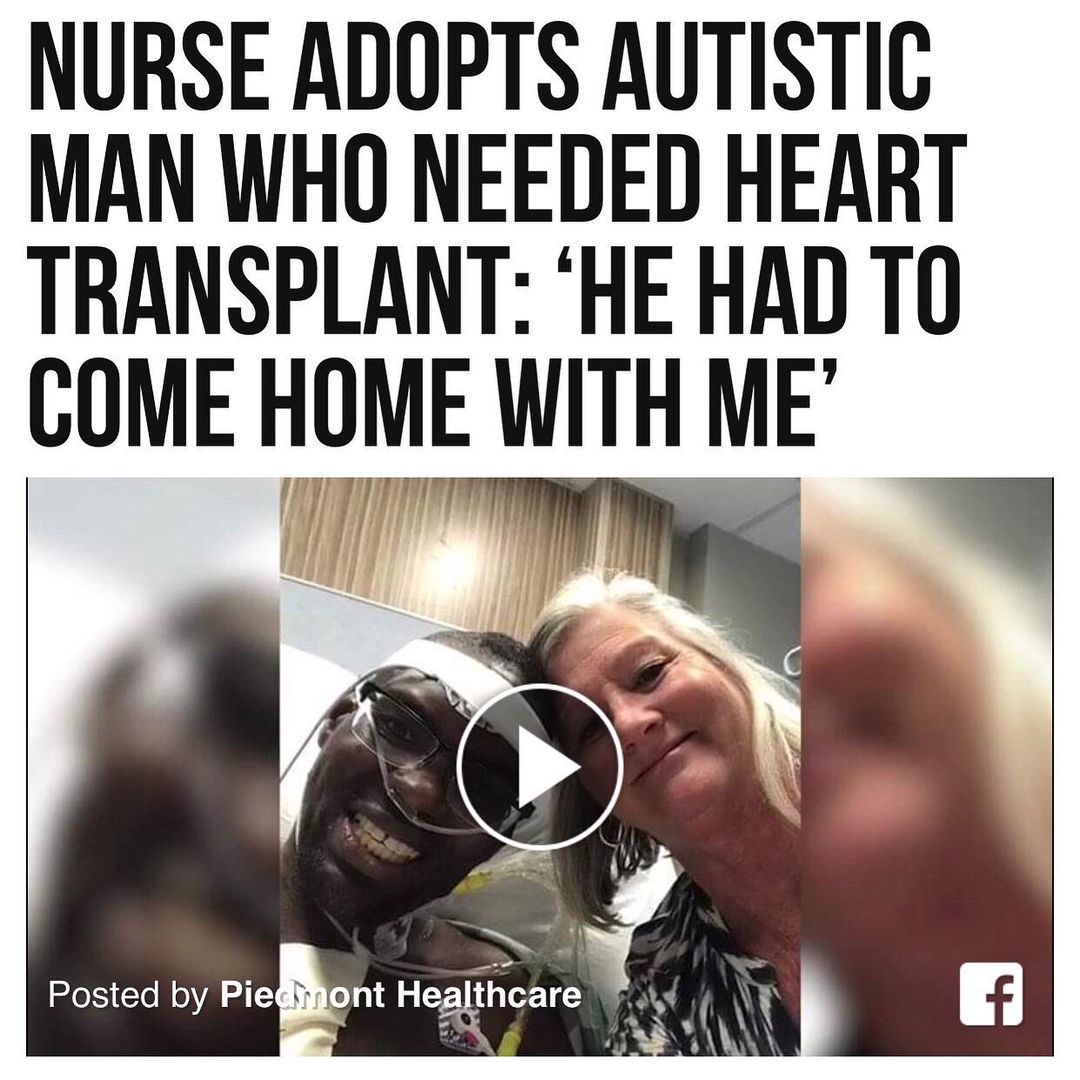 A nurse decided to do more than was required of her when she met a young man in need of a heart transplant in December of 2018.

Intensive Care Unit (ICU) nurse Lori Wood, who works at Piedmont Newnan Hospital in Newnan, Georgia, had only known 27-year-old Jonathan Pinkard for two days when she decided to legally adopt him.

Pinkard, who has high-functioning autism, said after he collapsed at work last year, doctors told him he had a heart disorder and would need a transplant.

However, he had no one to care for him in recovery since his grandmother passed away in 2012 and his mother lived in a rehab facility, so doctors removed him from the transplant list.

Just when the young man had resigned himself to dying alone in a homeless shelter, Wood stepped in to help. “When you’re a nurse and you’re wanting to fix and help people, that can be very frustrating, if you know a patient needs something and, for whatever reason, they can’t have it or receive it,” she said.

The single mom decided to make him part of her own family so he could receive the transplant and also committed to helping him through recovery after the surgery. “At some point, God places people in situations in your life and you have a choice to do something about it,” Wood said. “I guess for me, in this situation, there was no choice. It really wasn’t anything I struggled about — it had to happen. He had to come home with me.” On October 4, the hospital gave Wood the President’s Award in recognition of her selfless act of love.

The President’s Award is the culminating event of Piedmont’s Promise 360 employee recognition program that awards deserving employees who go above and beyond for patients, visitors or their co-workers.

Nominees to the President’s Award include one Promise 360 Champion and two Spotlight winners who represent each Piedmont hospital and entity. The 2018-2019 winner is Lorinda (Lori) Wood, staff RN, PACU from Piedmont Newnan Hospital.

In August, Pinkard received his new heart and said he hopes to go back to his job as an office clerk by December.

Isolate If You Are Sick