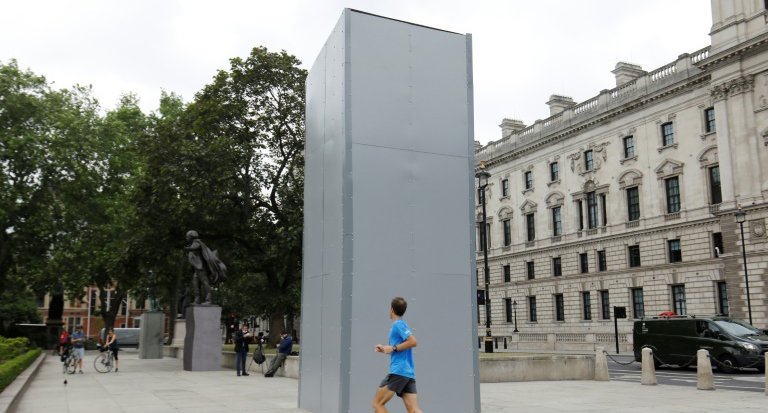 Prime Minister Boris Johnson on Friday said a wave of anti-racism protests across Britain had been “hijacked by extremists”, as fears mounted about clashes between activists and far-right groups, and vandalism spread.

Several statues were boarded up as a precaution, including one of World War II leader Winston Churchill and the Cenotaph war memorial in central London, after previous damage.

In Liverpool, street signs of Penny Lane, which was immortalised in The Beatles’ 1967 song, were daubed with graffiti claiming it was named after a slave trader.

In Bannockburn, central Scotland, a statue to king Robert the Bruce — who led the Scots to victory against the English in 1314 — was defaced, calling him a racist.

Statues, monuments, street and building names commemorating historical figures from Britain’s colonial past have increasingly become targets for activists, amid calls for a re-examination of how the country’s historical legacy is marked in public spaces, and for many monuments to be torn down or relocated to museums.

On Sunday, crowds in Bristol, southwest England, toppled a statue to a 17th century slave trader and philanthropist, Edward Colston, and threw it into the harbour.

Several television shows, including an episode of the cult 1970s comedy series “Fawlty Towers”, were also pulled from streaming services because of language now deemed offensive.

Johnson said he recognised the “legitimate desire to protest against discrimination” but “we cannot now try to edit or censor our past.”

Earlier generations “had different perspectives, different understandings of right and wrong. But those statues teach us about our past, with all its faults,” he said.

“To tear them down would be to lie about our history, and impoverish the education of generations to come.”

The protests were sparked by the death during a US police arrest of George Floyd, an unarmed African-American, which has triggered outrage around the world.

Johnson acknowledged the anger of black and minority ethnic communities and said there had been “huge” strides in tackling discrimination in Britain.

But after clashes marred largely peaceful demonstrations in London, he said the protests “have been sadly hijacked by extremists intent on violence.”

Attacks on the police and indiscriminate acts of violence were “intolerable” and “abhorrent”, he said.

Fears are growing of further splits in a society already deeply divided over Brexit and widening inequality caused by years of austerity.

Police are promising a “robust” response to vandalism and violence.

But some protests have been cancelled to avoid clashes with far-right groups and self-styled “patriots” who have promised to protect memorials.

A Black Lives Matter protest originally planned for Saturday in London’s Hyde Park was brought forward to Friday, over such fears.

The BBC reported a statue of Jamaican poet, actor and playwright Alfred Fagon in Bristol was covered in an apparently corrosive substance.

Black Lives Matter London unveiled a billboard on the banks of the River Thames to more than 3,000 victims of what it called “state and racist violence”.

Their names were contained in the letters of “I can’t breathe” — Floyd’s last words before his death, as a white police officer held him down in a chokehold.

“Extreme far-right groups who advocate hatred and division are planning counter-protests, which means that the risk of disorder is high,” the mayor said.

Churchill’s statue was vandalised last weekend by campaigners who say his “racist” policies led to the deaths of millions of people during famine in the Indian state of Bengal in 1943.

Johnson, who has written a biography of the wartime leader, said it was “absurd and shameful” his memorial would be targeted, as he fought against fascism and tyranny.

“Yes, he sometimes expressed opinions that were and are unacceptable to us today, but he was a hero, and he fully deserves his memorial,” the premier wrote.

Activists linked to the Stop Trump Coalition have compiled a crowd-sourced list of more than 60 statues and monuments across Britain that they say “celebrate slavery and racism” and should be removed.

London’s Guy’s and St Thomas’ hospitals announced they would remove two statues — including to benefactor Thomas Guy — because of their links to slavery. 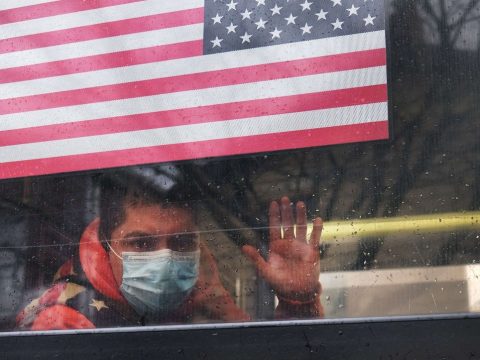 Ensuring the Safety of COVID-19 Vaccines in the United States 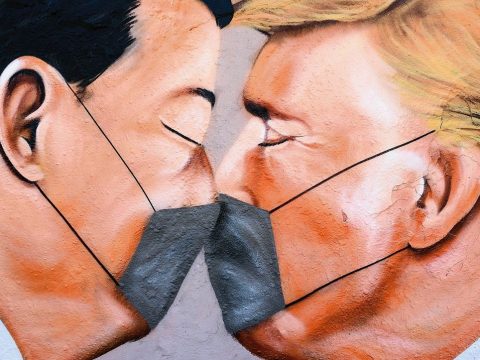 China Is Happy to Fill the Leadership Vacuum Left by the U.S.

#beatthebug A #TacoBell worker in #Clarksville, #Tennessee, is being praised for her quick t… https://t.co/yPXYRSsCql
View on Twitter
0
0