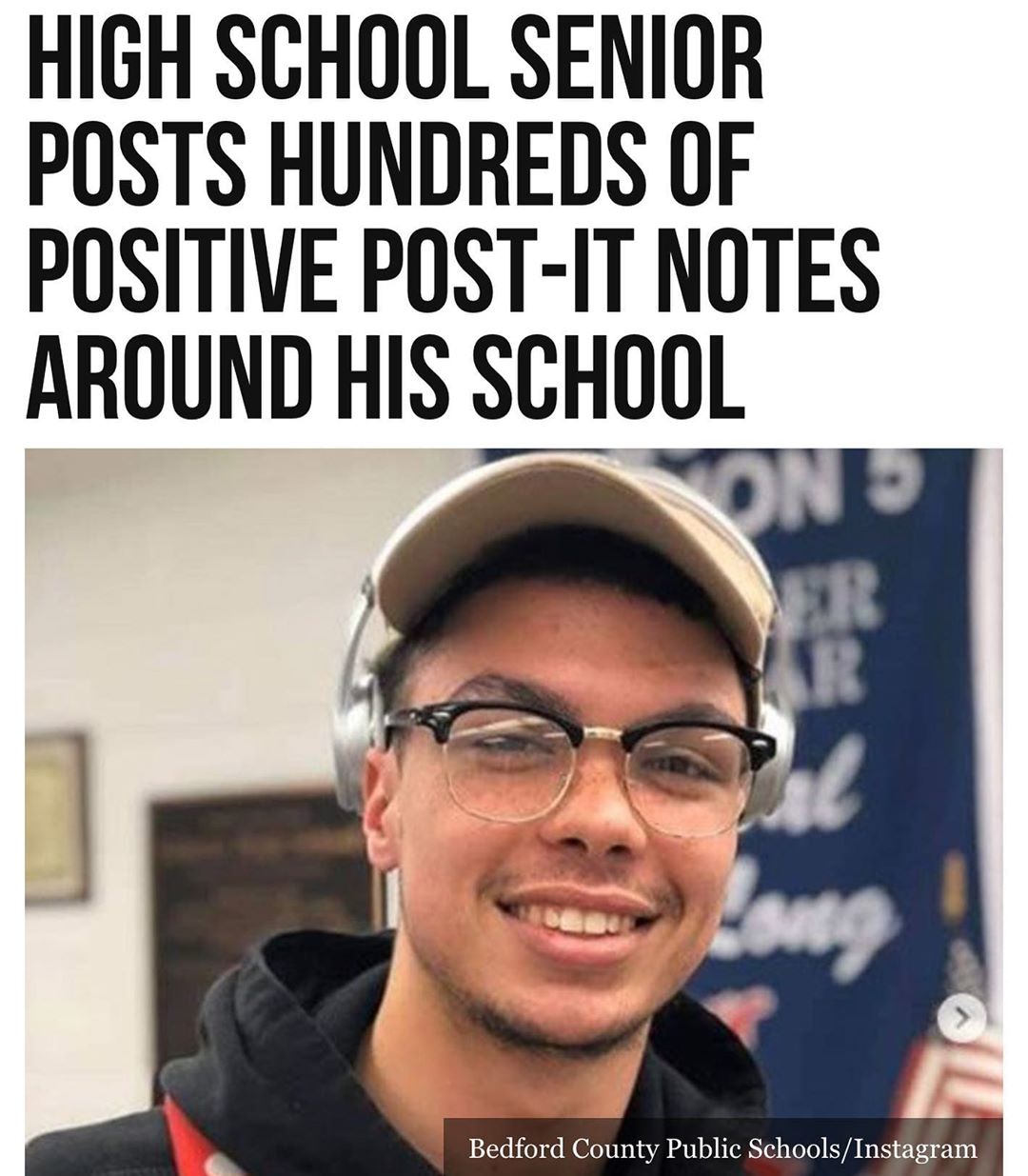 Braxton Brawley has made it his mission to spread good messages throughout campus, and he wants to make sure they do not go unnoticed.

Brawley, a senior at #LibertyHighSchool in #Bedford, #Virginia, started hanging these Post-it notes containing kind messages throughout the school halls, walls, and even the ceilings to create a more positive culture on campus.

His principal at school has also endorsed the plan, saying that it is “a nice thought.” “It’s just a nice thought. It’s nice that somebody took the time to try to spread that positivity. So, of course, it’s a good thing, and you see students react as they pull it off their locker, teachers off their classrooms. So it’s just a good way to either start your day or kinda get you through,” said Liberty High School Principal Shawn Trosper.

But Brawley’s mission has not been confined to his high school walls. People on the Internet have heard of Brawley’s positivity campaign and are taking it viral. “I’ve had people message me on social media just saying thank you. I’ve had people tell me they’ve had rough days and when they read the sticky notes around campus, it brightens them up. Some people are taking them off the wall and taking them home with them,” said Brawley.

Bedford County Public Schools even endorsed his Post-it notes campaign in a tweet and an Instagram post, saying that Brawley is spreading “inspiration” with his movement.

Brawley hopes his small tokens of kindness go a long way toward fostering a positive environment inside the classroom and outside the classroom. “And I just tell them to connect with their feelings and jot them down on the sticky notes and put them everywhere they can. And people will start to realize, and they’ll start to feel how I feel,” said Brawley. #binspirednews