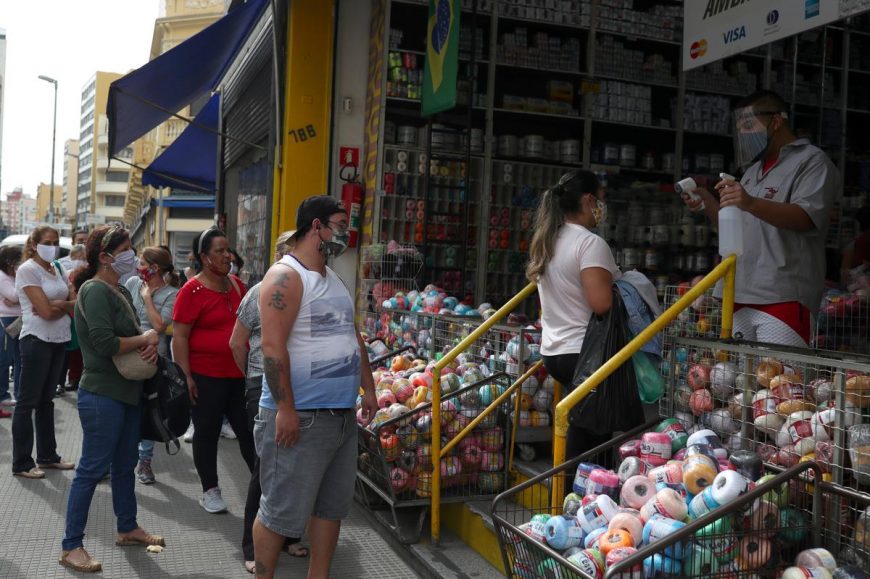 SAO PAULO (Reuters) – Brazil’s most populous state Sao Paulo reported a record number of COVID-19 deaths for the second day running on Wednesday even as its metropolis allowed shops to resume business and prepared to reopen its malls.

An employee checks the temperature of a woman as people queue to enter a shop as the city hall eases restrictions on the first day of open commerce since the beginning of quarantine due to the coronavirus disease (COVID-19) outbreak in Sao Paulo, Brazil, June 10, 2020. REUTERS/Amanda Perobelli

Sao Paulo, the epicenter of the pandemic in Brazil, recorded 340 new deaths in the last 24 hours, raising the state’s confirmed death toll to 9,862, a fourth of the country’s total fatalities, the governor’s office said.

That did not stop shoppers flocking to the 25 de Março shopping district where around half of the businesses were open on Wednesday. Although stores considered essential, such as supermarkets and pharmacies, have remained open, most shops in Sao Paulo have been shut since March.

Shoppers packed the streets. Stores allowed in only people wearing masks and provided alcohol gel. Some took the temperature of shoppers at the entrance.

“I’m afraid because the virus is growing, but at the same time we have to go to work and buy things to sell, though always protected by a mask,” said Vanessa Pereira, a saleswoman.

The city’s malls will reopen on Thursday for four hours a day after agreeing with authorities on reducing public access as a precaution against the contagion.

In Rio de Janeiro, the second hardest hit Brazilian city, the mayor announced malls will also reopen on Thursday as part of a scheduled easing of restrictions.

The decisions to reopen shops has been advocated by Brazil’s far-right President Jair Bolsonaro who has minimized the gravity of the coronavirus outbreak and dismissed warnings by public health experts that the contagion is still surging.

Brazil has 739,503 confirmed cases of infection, the world’s worst outbreak after the United States, and has suffered from at least 38,406 deaths.

Earlier on Wednesday, Bolsonaro told an actress to “get out of here” after she criticized his response to the coronavirus pandemic at a gathering of supporters outside his official residence in the capital Brasilia. 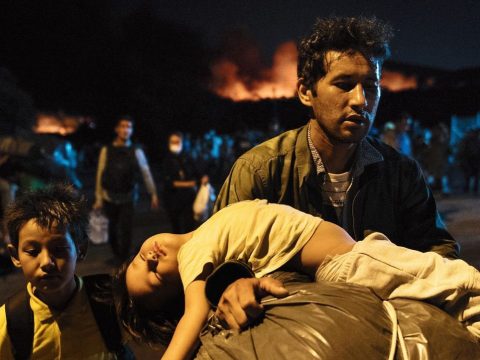 #beatthebug A #dog found on the verge of death in January has recovered and is getting ready… https://t.co/tQV8s2AAdA
View on Twitter
0
0