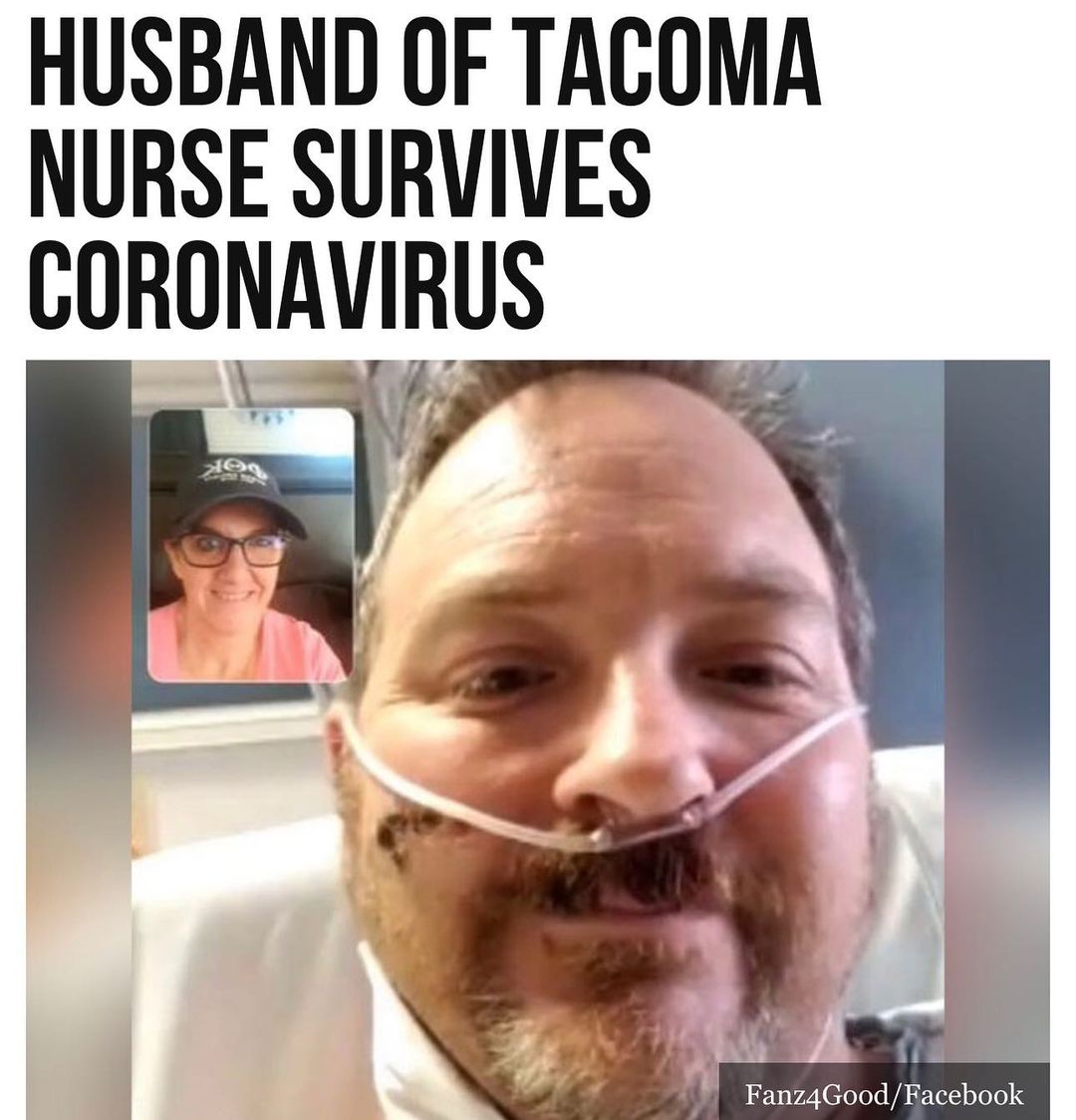 Brian Edwards was released from MultiCare Tacoma General Hospital on Thursday after a harrowing battle with the novel #coronavirus.

On April 19, Tacoma, Washington, nurse Tammy Edwards’ worst nightmare came true. After weeks of battling the #COVID19 pandemic, her husband Brian was rushed to Tacoma General. “It’s terrible. When he left, I knew I couldn’t go and be with him, so I sent his phone, knowing that that would probably be the only way I got to talk to him,” Edwards remembered.

Brian quickly deteriorated, and was put on a ventilator almost immediately. Edwards persevered, spending every evening talking to him on the phone. “I will just talk to him for four hours or three hours until the phone dies and we’re disconnected, but I know he can hear me, I have to believe he does,” Edwards said at the time.
But despite long odds, Brian fought his way through. Eventually, he was out of the proverbial woods, and stable enough to leave the ICU. Earlier this month, he was transferred to Puyallup’s Good Samaritan Hospital to complete his recovery.

Brian’s fellow Seahawks fans raised over $20,000 through “Fanz 4 Good” to help cover his medical bills and recovery, easing the burden on both him and his wife as they rest and regain their strength in the aftermath. Family, friends, and a host of other supporters — including the Tacoma Fire Department — showed up for a joyous welcome home. “Move over, Rocky!” one sign proclaimed, “Brian and Tammy are in the house!” #binspirednews