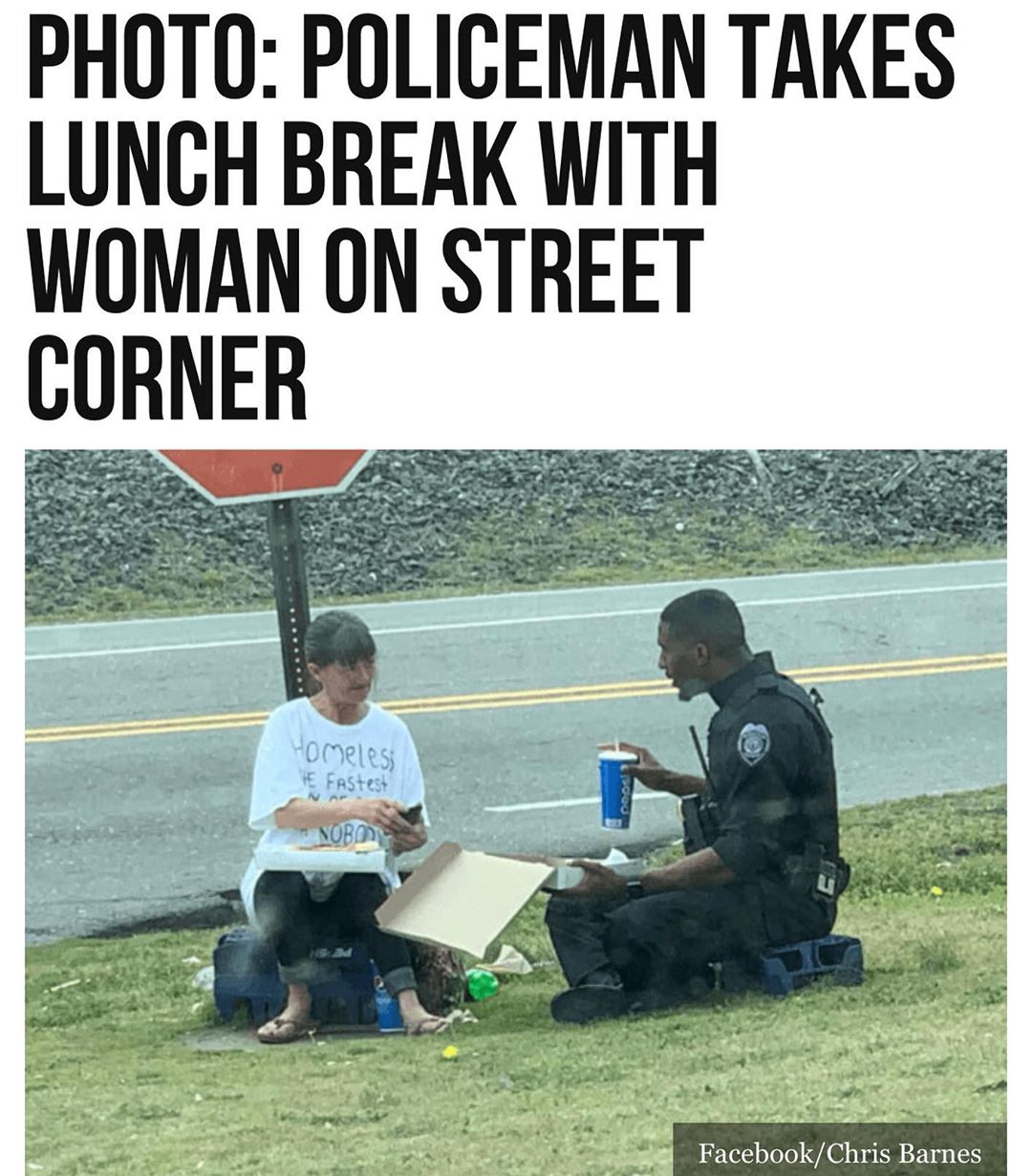 Community members in #Goldsboro, #NorthCarolina, are praising a local policeman for his recent act of kindness.

As Cassie Lea Parker was sitting in traffic this week, she snapped a picture of something that warmed her heart, according to a Facebook post by her friend, Chris Barnes. “Law enforcement does so much for our community, with a lot of it going unnoticed. We see you Goldsboro P.D. Keep up the good work,” he wrote.
The photo showed a Goldsboro Police Department officer sitting with a woman on a street corner as they ate pizza together.

Wednesday evening, the department shared the photo to its own Facebook page and identified the man as Officer Rivers. “Looks like Officer Rivers found a great way to spend his lunch break! Thank you for sharing this post with us,” the caption read.

Several people on Barnes’ page appeared to know the policeman and shared pictures they took of the incident while waiting in traffic. “I actually took the same pic and was going to post exactly what you did!! They truly go unnoticed for all the good they do!!” one person commented. “Saw the same thing and it melted my heart,” wrote another.
The department’s mission is to “enhance the quality of life in the City of Goldsboro by working cooperatively with the public and within the framework of the United States Constitution to enforce the laws, preserve the peace, reduce fear and provide for a safe environment,” according to its website.

On the department’s Facebook page, a woman named Harlee Aplin gave the story more context. “I saw them eating together. And he didn’t just sit there for a couple minutes, he sat there and SPOKE to her for at least 20. Treated her like a human and not someone to ignore,” she commented. “Officer Rivers restored my faith in humanity yesterday,” Aplin concluded.

Barnes’ friends also praised the policeman and recalled memories of his kindness. “My classmate has been about that compassionate life. I could remember Growing up in the boro being in his corner or crossing his path either way you were going to get that blessin [sic] or lesson he had for you,” Abia Christina Debro noted. 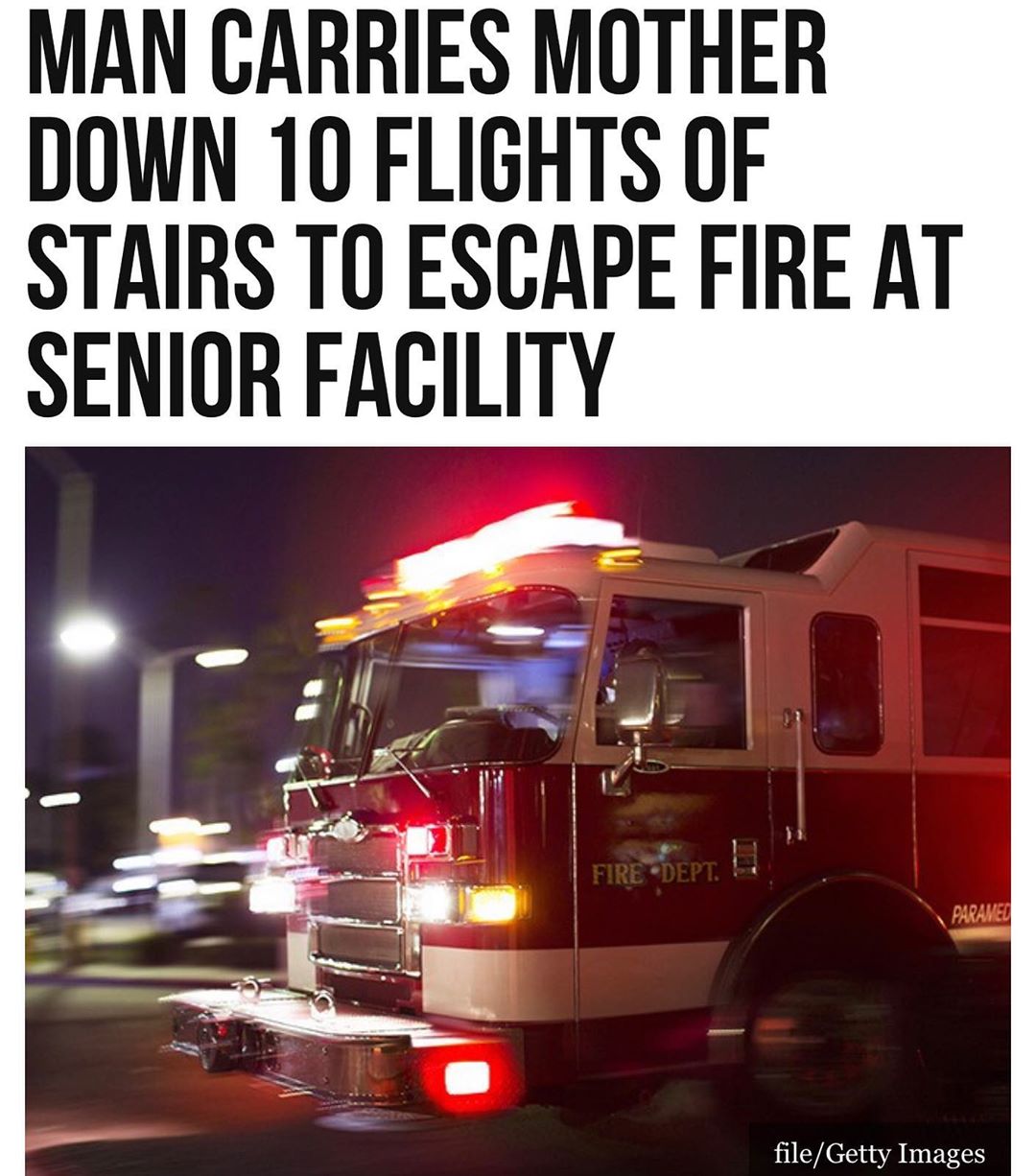 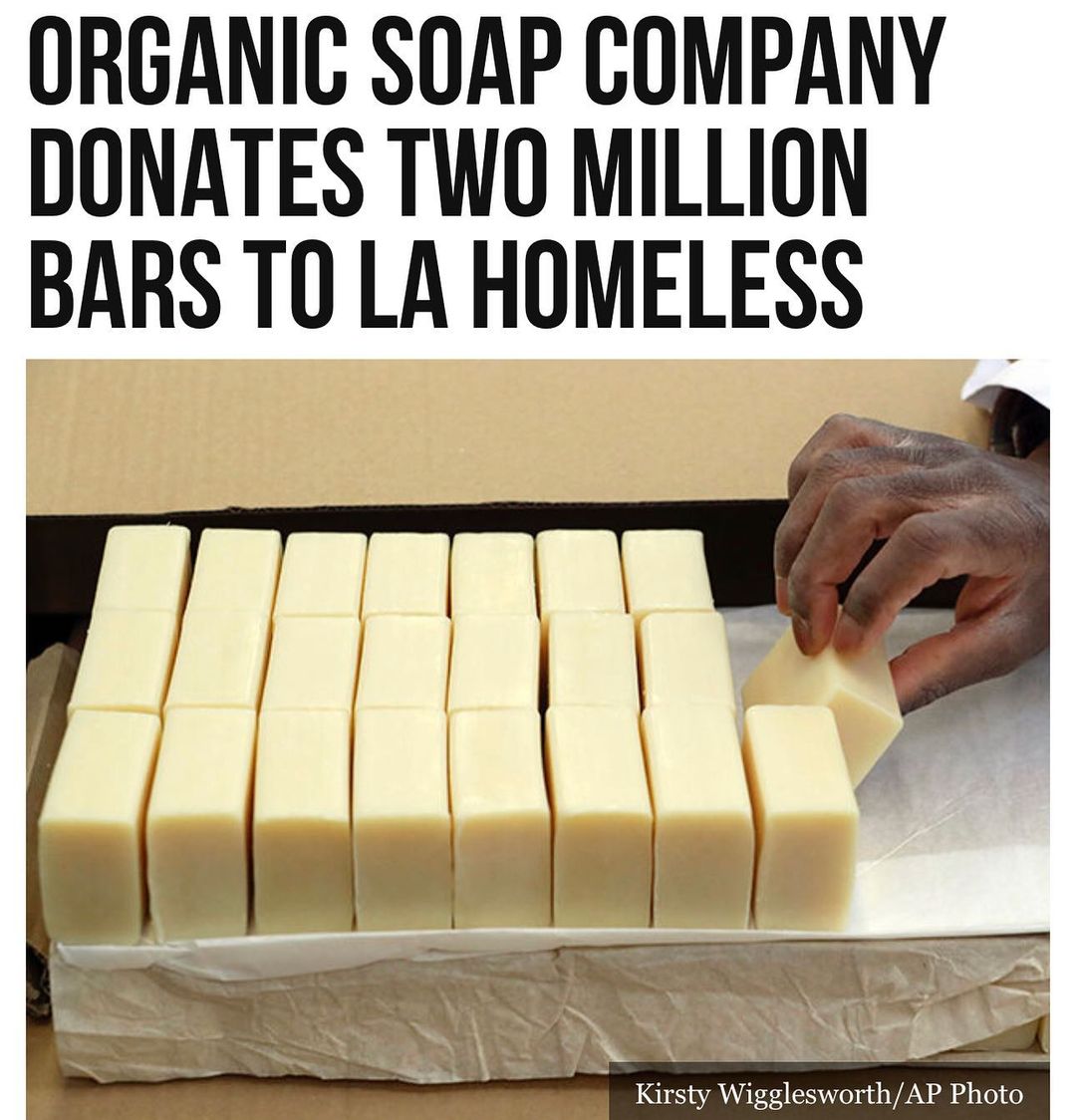 14 thoughts on “Community members in #Goldsboro, #NorthCarolina, are praising a local policeman …”