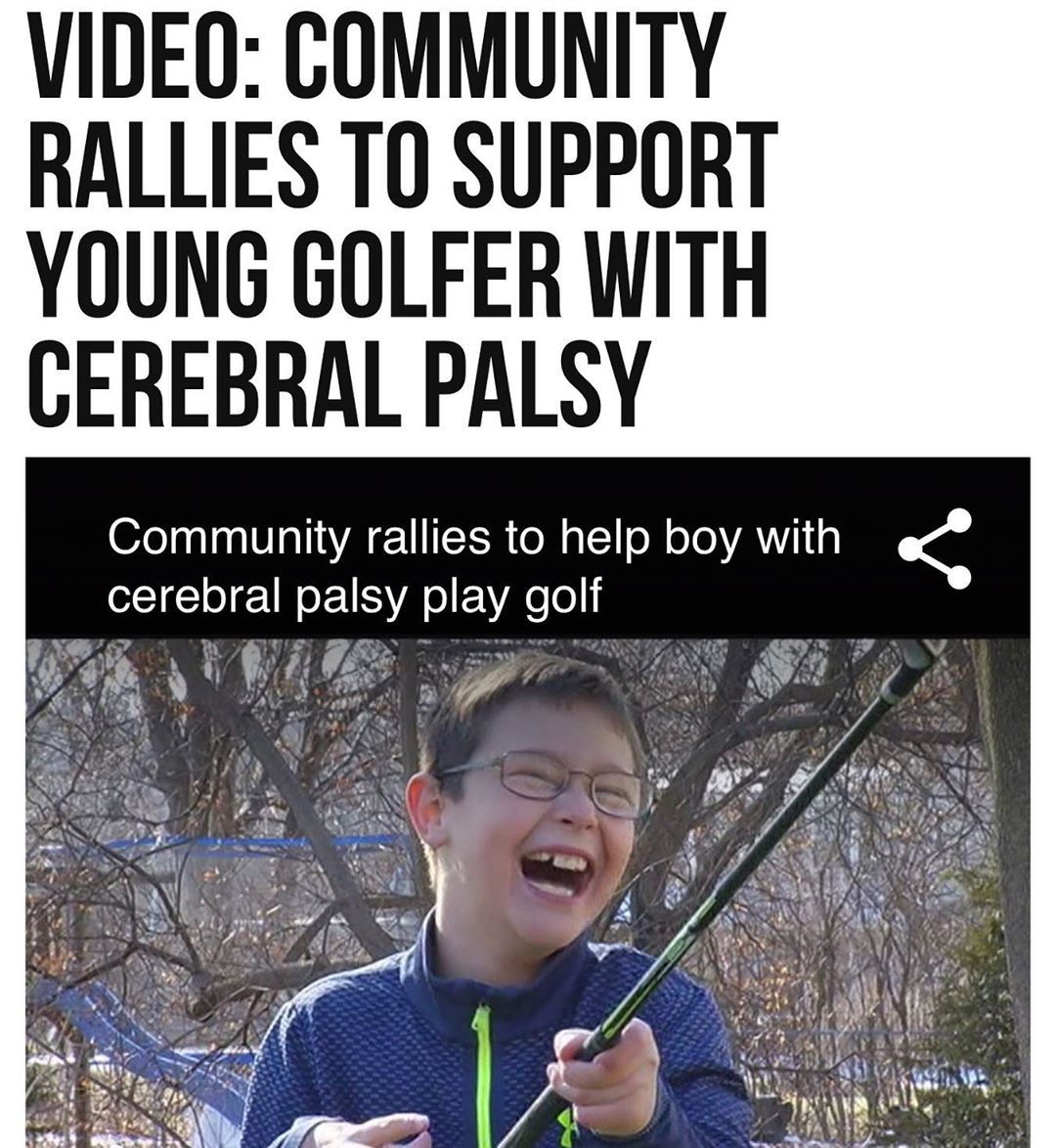 Community members in Monroe County, New York, are coming together to support a young boy with cerebral palsy.

When Boston Bigwarfe was born more than six weeks early in 2010, his parents called him their “miracle baby,” according to the Daily Messenger.

However, once doctors performed a routine MRI, they found he had suffered from permanent brain damage due to a lack of oxygen during pregnancy.

He was later diagnosed with mild cerebral palsy, but that did not stop his parents from finding a way to keep his life as normal as possible. “We love our children for who they are, not what they can or cannot do,” his mom, Jessica, said in 2012.

Since that time, Boston has become a passionate golfer, but his parents must hold him up so he can play.

However, the Bigwarfe family recently teamed up for a fundraiser event with nonprofit Stand Up and Play Foundation to buy one of their Paramobile devices for Boston that will help him stand on his own. “Thanks to this piece of equipment, wheelchair users are discovering a new and unimagined level of freedom and independence,” the nonprofit’s website read.

The “Boston Tee Party” golf tournament will take place on June 20 at Blue Heron Hills Golf Course in Macedon, New York, according to the event page. “It will put him into a standing position. It will stand him right up, and he’s got full range of motion,” Jessica said of the device, adding that Boston will be able to use it for other activities throughout his adulthood. “He likes to go fishing with me, and again it will make it so he can stand up and do that with us,” she noted.

The Paramobile costs over $23,000, but no matter what happens, Boston said he wants to be on the course doing what he loves most. “I just want to play golf,” he commented. #binspirednews

1 thought on “Community members in Monroe County, New York, are coming together to support a y…”