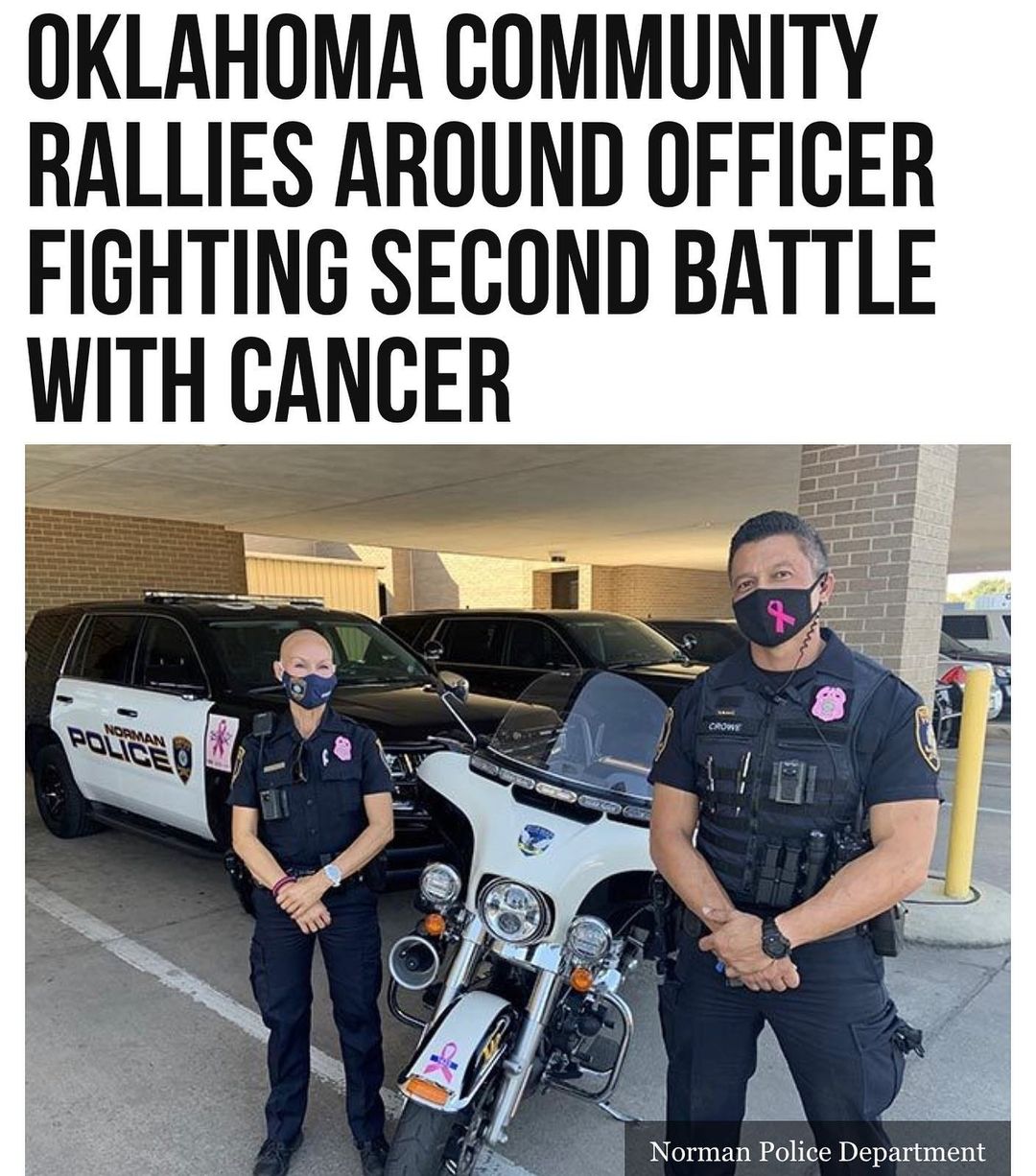 Community members in #Norman, #Oklahoma, are offering support to a police officer fighting breast cancer for the second time.

“June, I went to the doctor, they ordered scans. They found out I had a reoccurrance. After several more scans, I have a mass around my sternum. It’s eating my bone,” said Norman police officer Jenny Bryan, according to News On 6.

Doctors told the active single mother of four kids she had spots on her liver and lung, meaning it was stage four cancer. She began chemo treatments soon after her diagnosis.

“I just try to stay positive. There are a lot of things to be grateful for and thankful for. I have amazing people in my life,” Bryan said.

To help in her fight against cancer, neighbors planned a fundraiser that will take place Saturday afternoon at the Canadian River Winery.

“This is the beautiful woman you will be supporting tomorrow!” the winery said in a Facebook post on Friday.

“Please come out from 3-8 to show some love to Jenny, who gives so much back to our community! We can promise you that she will leave a mark on your heart, like she has ours!” the post continued.

All of the proceeds will go toward Bryan’s treatment, according to News On 6.

The dedicated mom and police officer has spent her life serving others, said her partner, Officer Jamie Crow.

“Nothing phases her. She is very driven,” he added. “She is all smiles. She doesn’t want to take a day off ever.”

The Norman Police Department reported that Bryan even scheduled chemo treatments around her shifts so she could keep patrolling the city.

“It’s tough. I am the one who does for others, so to be the other way around, that’s probably the most difficult thing because that’s my job. That’s my place,” she explained.

To raise cancer awareness and let Bryan know it was standing with her, the department shared photos Thursday of its officers wearing pink badges. #binspirednews

Toolkit for Colleges and Universities