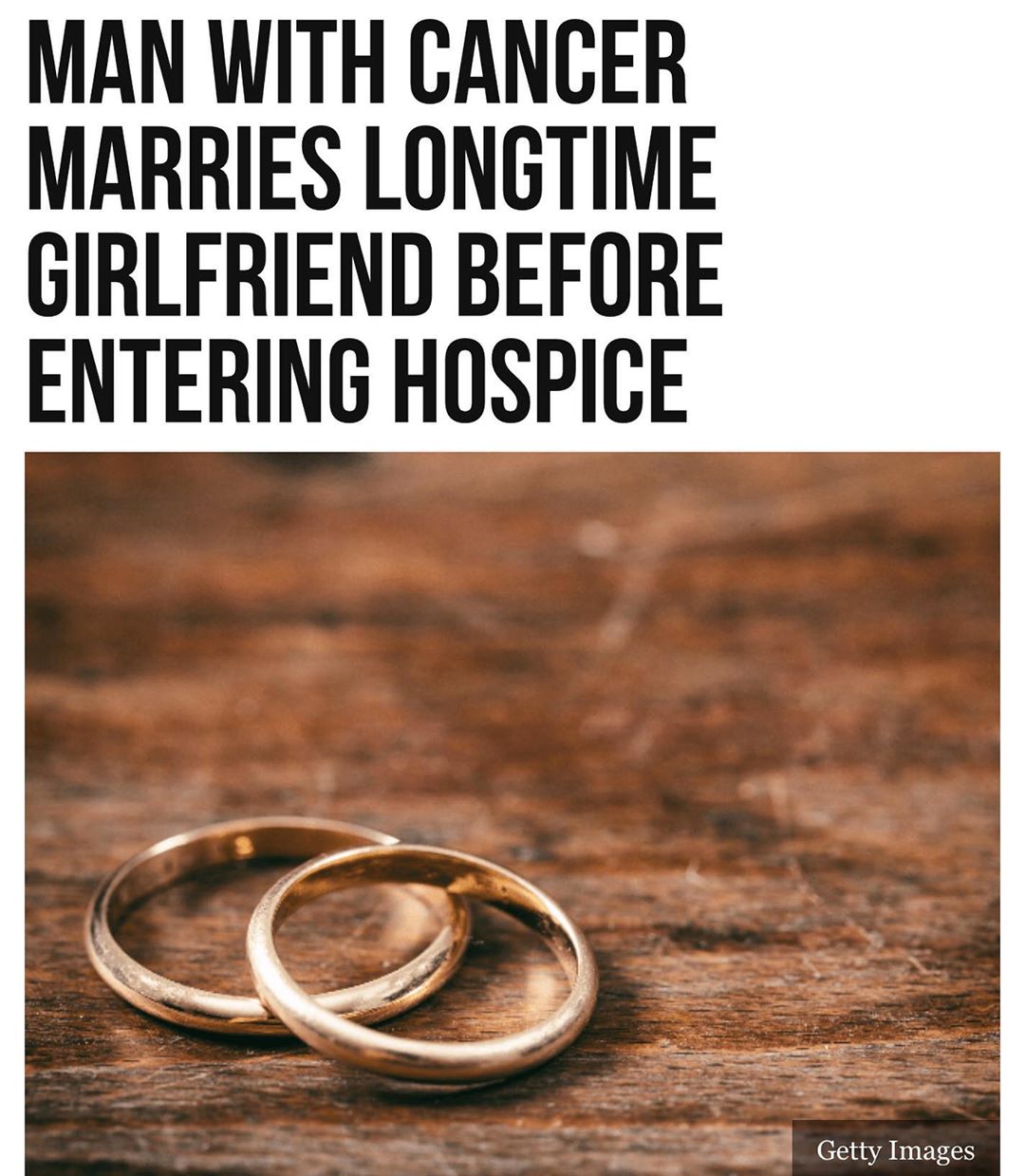 Corey Cunningham was working for an oil and gas refinery in #StCroix in the #USVirginIslands in October 2019 when he had a seizure on the job.

He was evacuated to a hospital in Puerto Rico and later diagnosed with brain cancer while at home in Houston, Texas. Doctors said there was no cure for his stage 4 cancer, and gave him a life expectancy of about 15 months. “It was heartbreaking,” his longtime girlfriend and now wife, 42-year-old Tyyisha Evans, told People of the diagnosis. “We cried together. I said, ‘You have to fight. I need you to fight.’ And he did.” Cunningham went through radiation, chemotherapy, and medication to slow the growth, but a January MRI showed that nothing was stopping the tumor.

When a palliative care physician asked the 45-year-old who he wanted to be his medical power of attorney, Cunningham responded that he had bought a diamond ring and had planned to marry Evans.

She reportedly said yes. “I was so surprised,” said Evans, an accounts payable coordinator at an energy company. “I just didn’t expect him to have that on his mind. I thought this was going to be the last thing he would think about.” Once Evans accepted his proposal, nurses turned into wedding planners. Nursing staff got the cake. flowers, and photographer together from donations.

They also decorated the hospital chapel and decorated Cunningham’s wheelchair into a tuxedo. “It gave us an opportunity to express the love we have for Mr. Corey,” says nurse manager Eva Boone. “He was a wonderful patient.” About an hour before the ceremony began, Evans found out Cunningham was ready to enter hospice care. “It was overwhelming. Extremely overwhelming,” Evans says. “I cried before I even got in the door of the chapel.” “Total strangers were in tears,” Evans continued. “I fell in love with his strength. He’s definitely a man’s man.” This is not the first time a wedding has taken place where one half of the couple is entering hospice care. In 2017, a 28-year-old woman with terminal cancer married her longtime boyfriend while in hospice care.