They meet in the backroom of a health food store in Tampa, Florida – women who are furious about the COVID-19 pandemic and about the incompetence of politicians. They include Michelle Buckley, a medical speech pathologist; Ledy Escalante, a customer service representative who brought her son; and a nurse who would prefer to be known here as “Anonymous.” Like many fans of ex-President Donald Trump, they don’t really trust the media.

They call themselves “Moms for Freedom,” and what brings them together on this Tuesday morning is their frustration with the local school authorities who, despite a contradictory order from Republican Governor Ron DeSantis, have refused to lift the mask requirement in local schools.

But the women in the backroom don’t just believe that masks are unnecessary in the fight against the pandemic. They are also opposed to vaccines. When asked why she doesn’t want to get vaccinated despite the government’s fervent pleas, Michelle Buckley asks: “My body is the portal to a higher energy. So why am I putting things in my body that block my ability to have access to the higher energy?”

Thus far, the U.S. vaccination campaign has been a resounding success. In just five months, 248 million doses have been administered, almost half of all adult Americans have already received a shot, and about 30 percent are fully vaccinated. Starting early next week, adolescents above the age of 12 will also begin receiving shots. It is an impressive campaign against the deadly virus – but it is now beginning to stall. As a result, the goal of attaining herd immunity is receding into the distance, a scenario that could soon repeat itself in Europe.

When U.S. President Joe Biden took office in January, his government believed that minorities, in particular, would be skeptical of vaccinations. African Americans have long viewed the public health system with mistrust – and for good reason. As recently as the 1970s, human experiments were carried out in which Black people with syphilis were given placebos instead of treatment. Biden invested millions to gain the trust of Black Americans in COVID-19 vaccines.

But the problem has now cropped up elsewhere – among Trump supporters. According to a Monmouth University poll, 43 percent of Republicans don’t want to be vaccinated, compared to only 5 percent of Democrats. In the rural regions of Idaho, Pennsylvania and Tennessee, refrigerators are overflowing with unused vaccine. Doctors and nurses in such areas often don’t know if they can even use up an entire vial once they have opened it to extract the first dose.

Like masks, vaccination has become a political issue in the United States. Many people are refusing to get the vaccine, especially in counties where Trump has done very well, and despite the fact that it was Trump who laid the groundwork for the country’s spectacularly successful vaccination campaign by launching “Operation Warp Speed.”

But unlike Biden, Trump has never publicly promoted vaccinations. The former president celebrated his own recovery from COVID-19 like a resurrection, but Americans only learned he was secretly vaccinated in the White House shortly before the end of his term because it was revealed by the New York Times.

Trump is keeping his distance because he knows exactly how much his supporters dislike vaccinations. Groups like “Moms for Freedom” feature an ultra-libertarian mindset that fits well with Trump’s anti-establishment rhetoric. Saad Omer, an epidemiologist at Yale University, found in a study that, in the U.S., a particularly large proportion of the people opposed to vaccinations have a strong belief in individual freedom. Many devout Christians also believe the myth that Moderna and BioNTech’s mRNA vaccines contain cells from aborted fetuses.

“Many people generally distrust the government. They believe the vaccines have been developed too quickly,” says Lisa Piercey, commissioner of the Tennessee Department of Health. “Some also adhere to the idea: ‘The good Lord has protected me thus far, and he will keep doing so.’”

Piercey is a Republican and a doctor – and she hasn’t lost her faith in science under Trump. On the contrary, she doesn’t hide her frustration with the vaccination hesitancy in the American South. “People are generally opposed to vaccinations, and it’s very hard to convince them.”

Tennessee is a typical Republican stronghold. The overwhelming majority of the population is white, Evangelical and lives in rural areas. In the last presidential election, Trump won nearly 61 percent of the vote here. The state is one of the country’s vaccination laggards, alongside Alabama, Mississippi and Louisiana.

Almost everyone who wants a vaccine in Tennessee has already received one. Now it’s the people willing to get the jab that are running short. In a parking lot in Nashville, the state capital, authorities have established a giant drive-through vaccination center in a parking lot. Every inhabitant could easily get a vaccination here.

But on Monday, the facility was almost empty. Only one or two people were there at 9 am. The nurses were sitting bored next to their vaccination equipment.

A second large vaccination center in a Nashville music venue is even set to close at the end of the month because of reduced demand. On one recent day, only a couple dozen people stopped by to get a vaccine. Many of them were already receiving their second doses. Authorities had designed the center so it could perform at least 500 vaccinations per day.

“We’re unlikely to get beyond 40 percent vaccination rate here, and 50 percent would be a surprise,” Lisa Piercey says. The physician commissioned a survey to examine the reasons for vaccine skepticism. The result: Almost 60 percent of respondents believe vaccination carry a higher risk than contracting COVID-19. “There are unfortunately still many rumors circulating on Facebook and in my circle of friends about the supposed dangers of vaccination. Just now someone told me the fairy tale that a chip is implanted with the vaccination,” Piercey says, rolling her eyes.

To increase the number of vaccinations administered in her state, she now wants to start an information campaign. The goal is to make it clear that vaccines are safe and protect people well against the disease. “We don’t want to force anyone to do anything,” Piercey says. “But we want to present people with all the information so they can freely decide what is best for them.”

In other parts of the U.S., businesses and government agencies are leaving no stone unturned in their attempts to convince Republicans to get vaccinated. In West Virginia, the government wants to offer people aged 16 to 35 premiums of $100 to get vaccinated. In New Jersey, Governor Phil Murphy, a Democrat, is promising every vaccinated person a coupon for a free beer. In New York, activists handed out joints to people who could prove they had received a first dose.

But it doesn’t look like these incentives are working everywhere. In the past year, Dr. Anthony Fauci, Biden’s chief medical adviser, has repeatedly mentioned the goal of reaching so-called herd immunity, which would prevent the virus from spreading. But Fauci has since backed away from that target. In a White House briefing a few weeks ago, he said: “People were getting confused and thinking you’re never going to get the infections down until you reach this mystical level of herd immunity.” He explained that, as a result, he has stopped talking about herd immunity “in the classic sense.” Fauci said, “Forget that for a second,” and explained that if enough people are vaccinated, the infection numbers would automatically go down.

Marc Lipsitch, an epidemiologist at Harvard University, also moved away from the goal of herd immunity some time ago. The scientist wrote in December that “herd immunity is not the only value of a vaccine or the only way it could help us return to a more normal life.” He argues that if especially at-risk people are well protected, it is possible for the health system to escape being overwhelmed. “In my personal opinion, this is the most likely path to a more normal life in many countries,” Lipsitch argues. In other words, containment rather than eradication.

“We don’t want to force anyone to do anything.”

Europe might have to follow the same path. In Germany, people’s willingness to get vaccinated is comparatively high. According to a current poll by the Robert Koch Institute, Germany’s Centers for Disease Control, only 8 percent of German citizens say they will definitely not get vaccinated. According to a December study, the proportion of vaccine skeptics in the EU is 30 percent. In Hungary, they even make up the majority.

As such, it is questionable whether Europe will be able to reach the threshold of herd immunity – which, due to the rise of more contagious mutants, is probably at 80 percent – in the near future. The consequences could be severe. In areas with high levels of vaccine skepticism, repeated outbreaks would occur. And people who cannot be vaccinated for medical reasons – for example, because of an allergy – would be exposed to a deadly risk for years. “We do that for measles and we keep a high level of immunity to protect everyone, including those who cannot be vaccinated,” says Omer, the Yale epidemiologist.

He believes that the Biden administration should make use of a simple trick to get Republican vaccine skeptics on board. Omer says that libertarian Americans – who have a great deal of skepticism about government — should actually be pleased with their former president, who cleared all bureaucratic hurdles to get a vaccine developed quickly. “I wish there would be more discussion by the current administration of Donald Trump being behind ‘Operation Warp Speed.'” 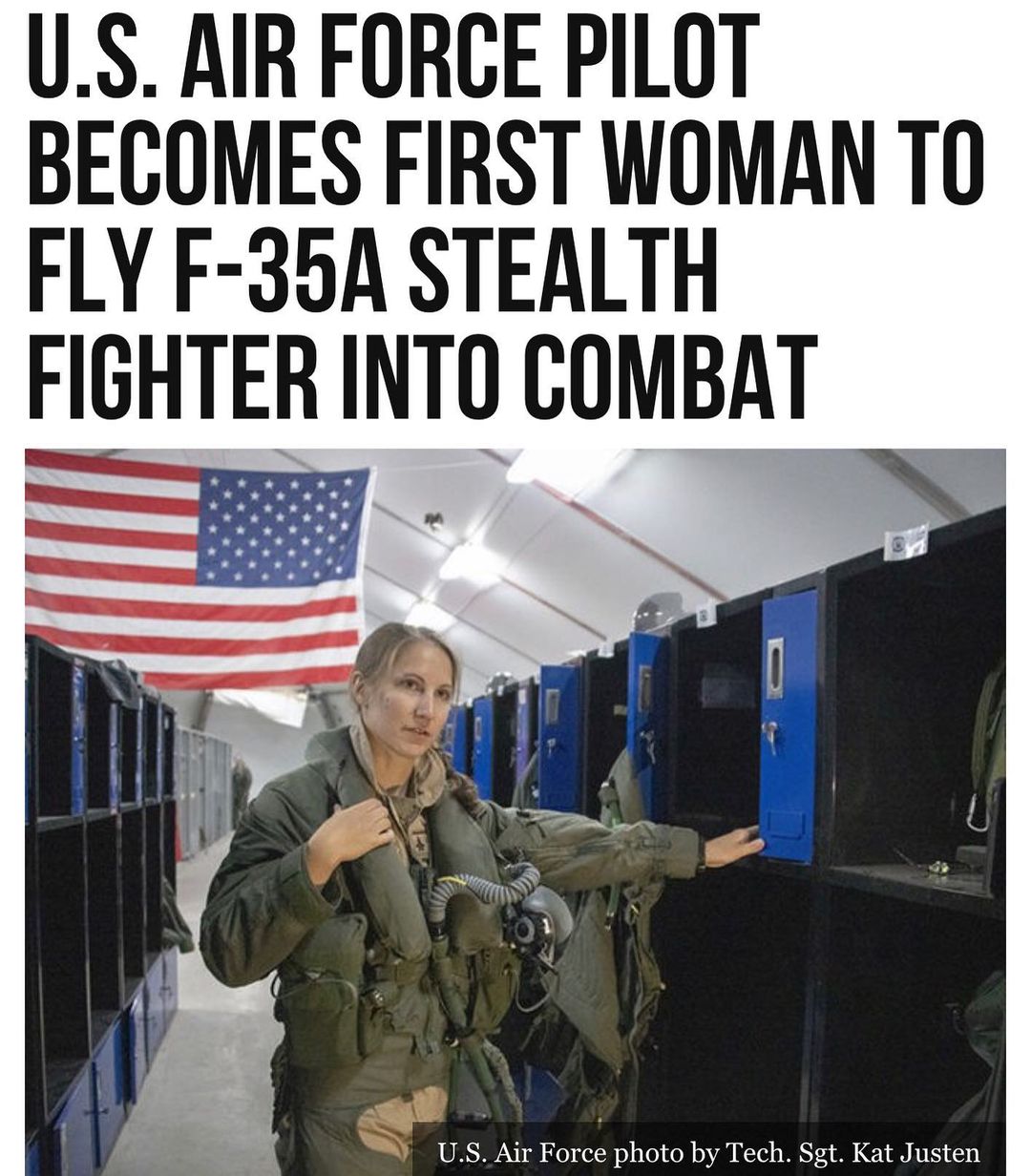 The U.S. has deployed its first female F-35A stealth fighter pilot into combat, … 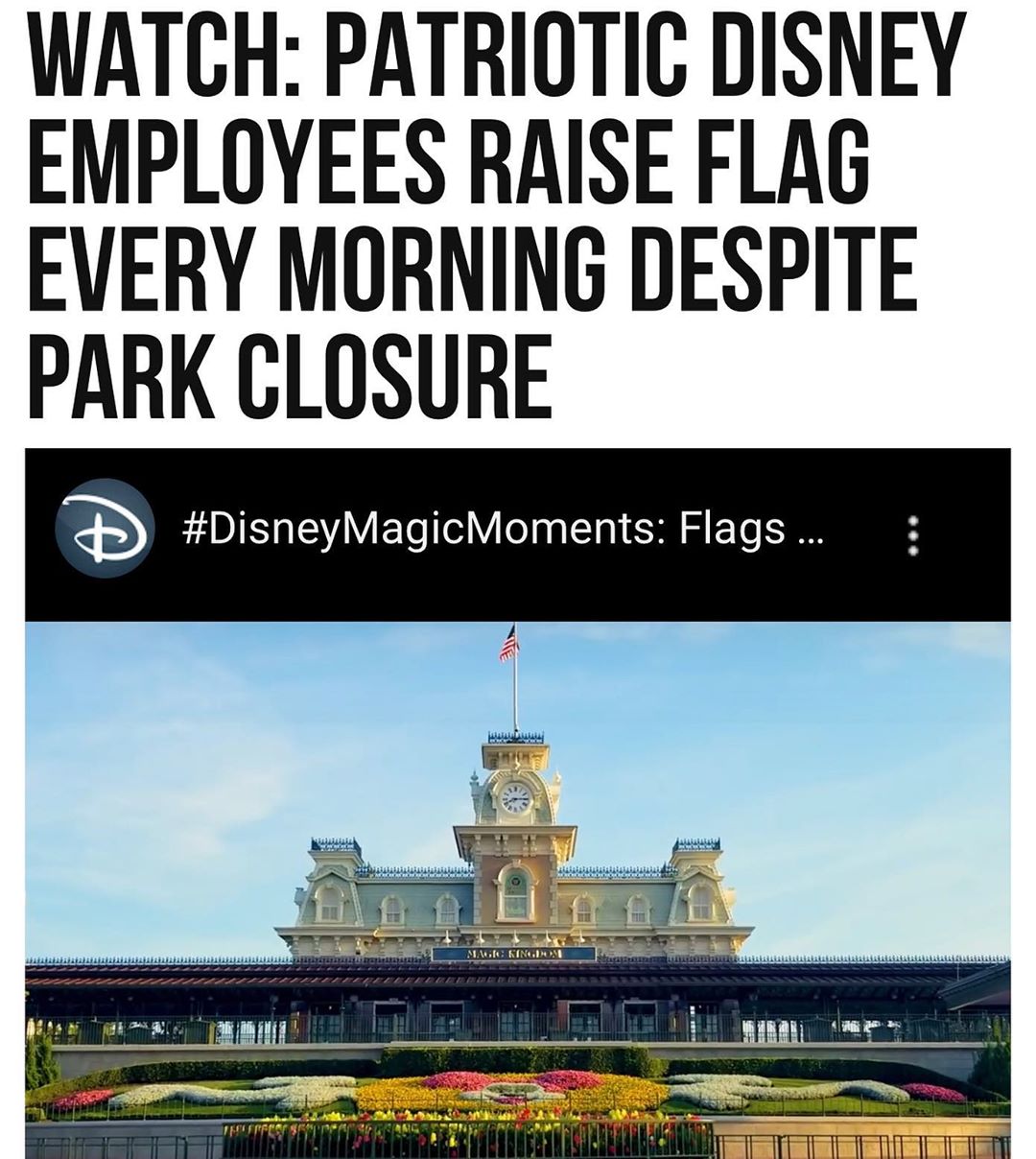