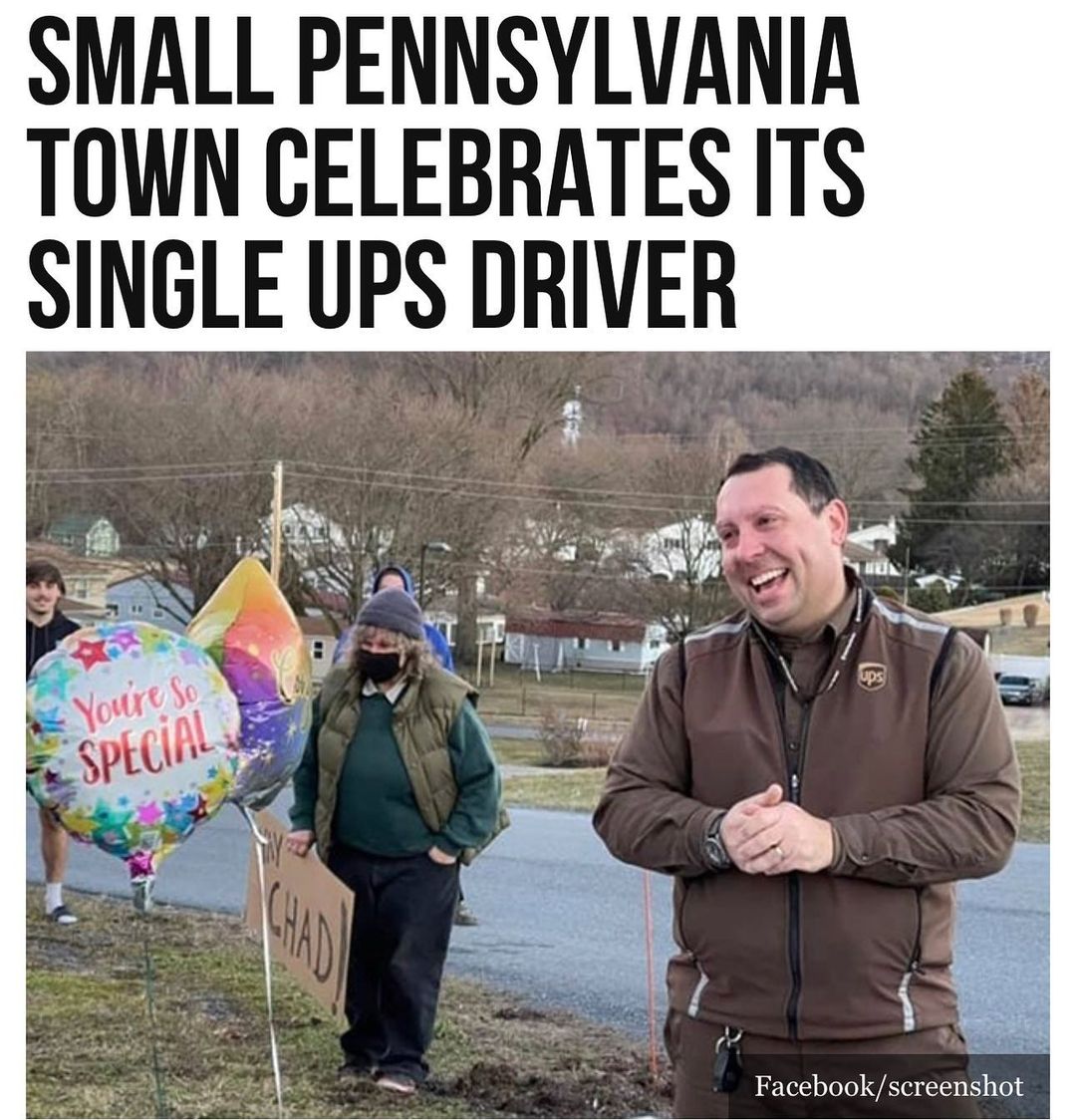 #Dauphin, #Pennsylvania, community members surprised the town’s one #UPS driver with a celebration, and a gift, on Tuesday.

Fewer than 800 people call Dauphin their home. Sitting on the bank of the Susquehanna River, the hamlet cannot even claim a single traffic light. But, like many small communities, Dauphin residents are especially close-knit. After a year of 60-80 hour weeks struggling to provide vital supplies to his town, UPS deliver man Chad Turns discovered just how much he means to his neighbors.

“Everyone knows how special Chad is,” resident Jenny Shickley told NBC’s TODAY. “If he thinks something might be a gift – and this happened to us – he literally didn’t deliver it when the kids were in the yard, he just drove by, and then he drove all the way back to our house after dark, because he was nervous it was a gift and didn’t want to ruin it for the kids.”

But this account of Turns’ persistent goodwill is just one of many. “On Facebook, another friend mentioned there was a package that needed signing and they weren’t home,” Shickley continued. “Chad was nervous that it was important, so he went to their parents’ house to get it signed for them.”

Townspeople frequently leave water, cookies, or other bits of encouragement for Turns as he travels to each home, but it was Shickley who decided to take the town’s gratitude to Facebook. She sought out other Dauphin residents to help raise funds for a proper show of the town’s gratitude. Dauphin answered the call, and more. “The funny thing is I meant to set it up for $300, but it set to $500,” she said. “It hit $500 within two days and the total wound up being a little over $1000.”

Local UPS shift supervisor Adam Kerr helped Shickley with the surprise, ensuring Turns’ last delivery was an “on-demand pickup” at the town’s municipal building. “Chad thought he was going to pick up a box, [but] it was the community and kids and big signs,” Shickley explained.

Turns’ was overwhelmed when he made that final stop. “I cried,” he said. 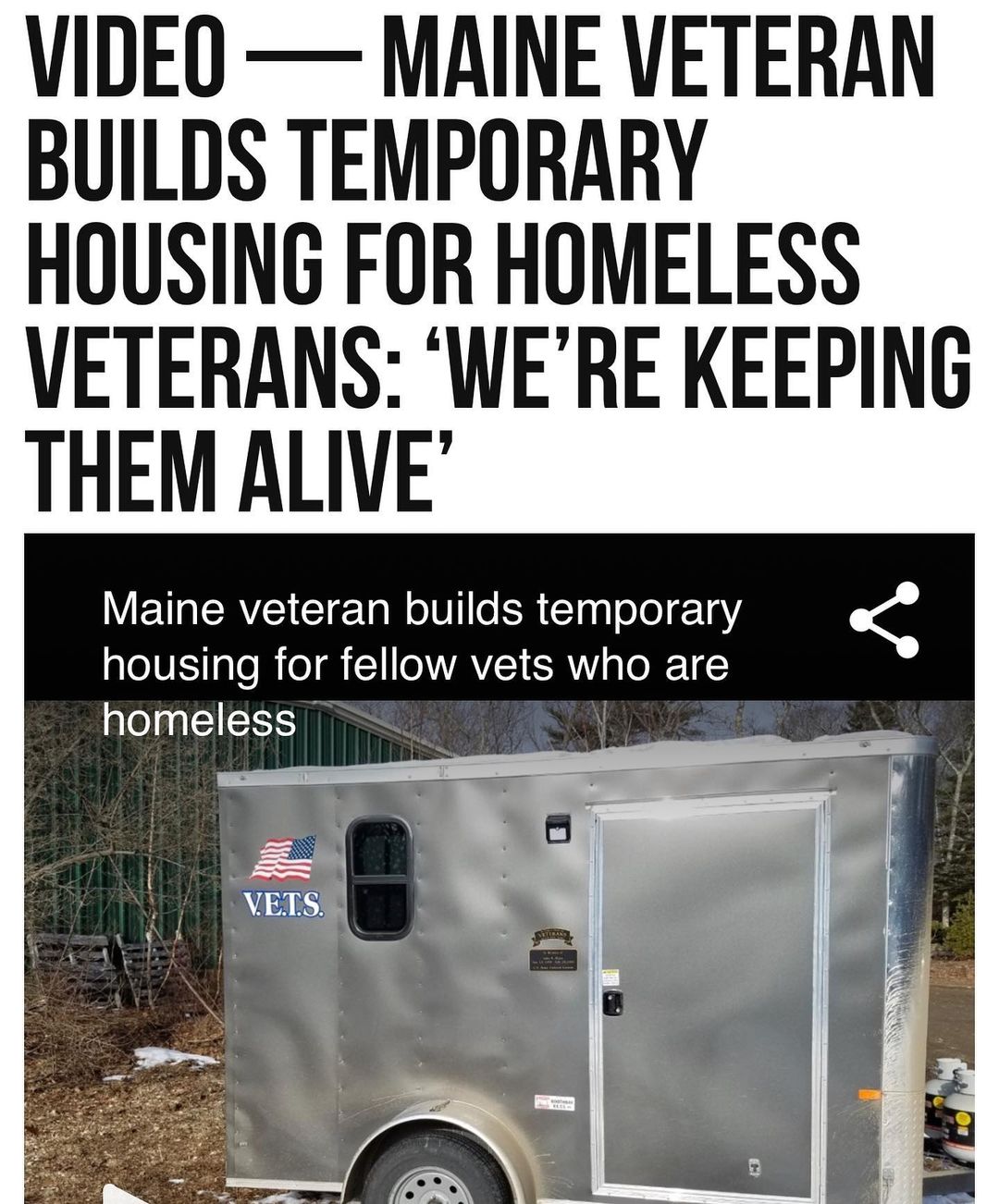 A #veteran in #Boothbay, #Maine, is helping fellow veterans struggling with home… 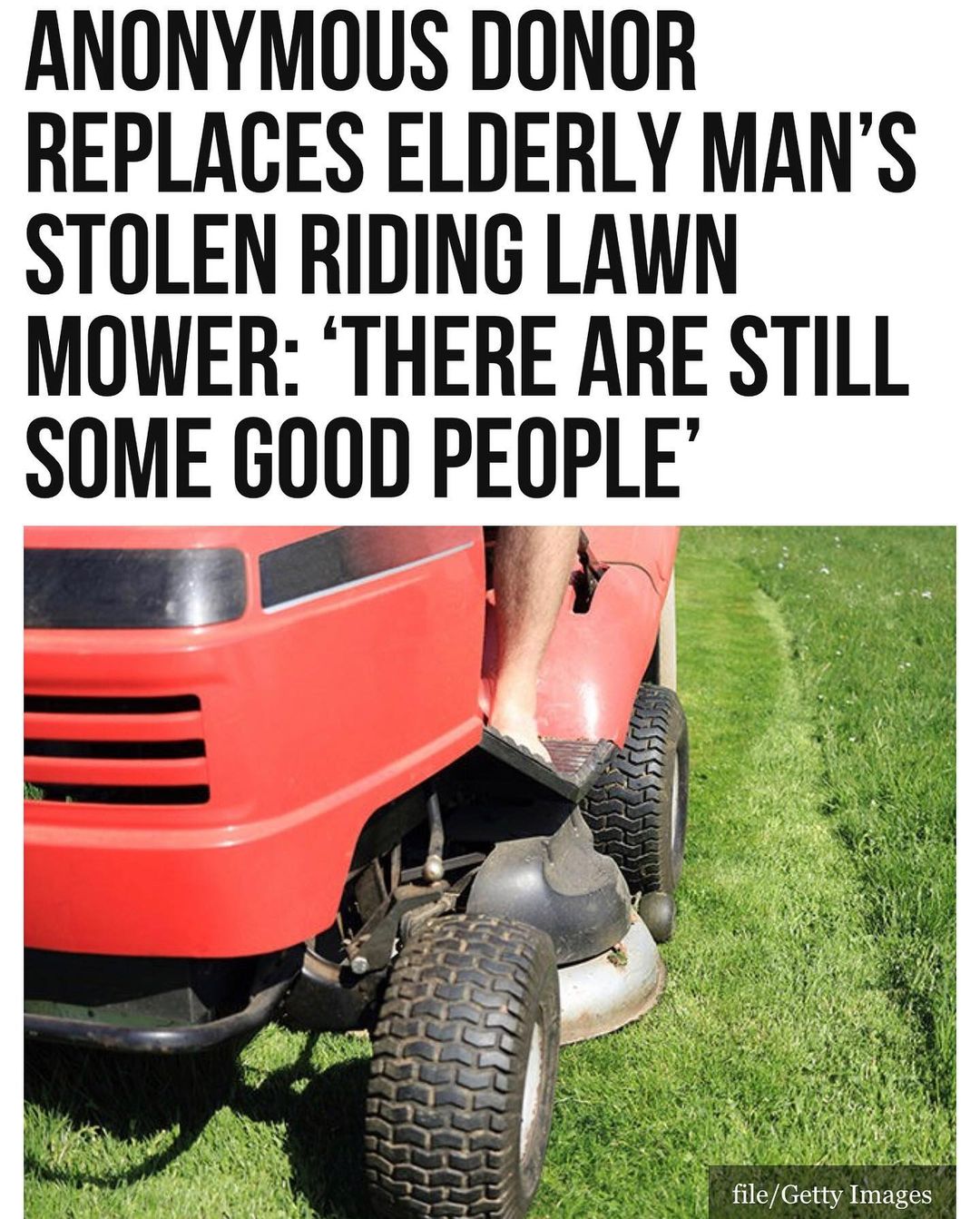 An elderly man in #Harpursville, #NewYork, is back to mowing his lawn in style t…