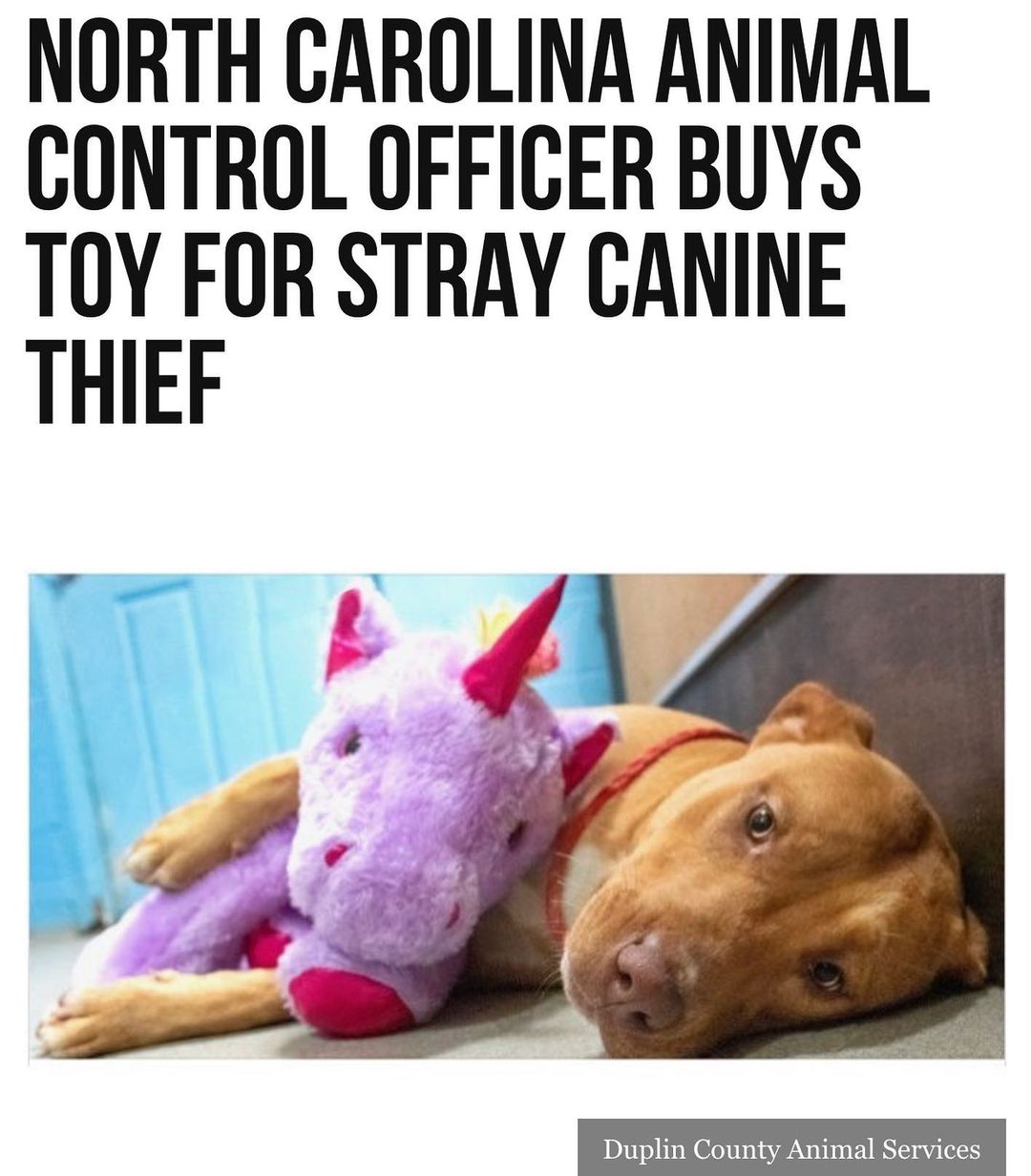 Duplin County Animal Services posted a series of heartwarming images of “Sisu” with his plush companion on Monday.

One-year-old #Labrador mix “Sisu” was found at the scene of the crime by #DuplinCounty #AnimalServices on Monday. The homeless pup had repeatedly tried to steal a stuffed purple unicorn from the Kenansville Dollar General before he was apprehended.

“He went straight for the unicorn, the same one every time,” said Duplin County Animal Services supervisor Joe Newburn. “It was so strange, one of the strangest calls I’ve ever dealt with.” Fortunately for the wayward mutt, the responding officer decided to purchase the toy, letting Sisu take it with him to the shelter.

The official Facebook page later posted pictures of their would-be felon and his prize. The post read:

“This is what happens when you break into the dollar general consistently to steal the purple unicorn that you layed claim to, but then get animal control called to lock you up for your B & E and larceny but the officer purchases your item for you and brings it in with you.”

Over the next several days, calls poured in from individuals interested in giving Sisu and his much quieter friend a home. On Friday, the Animal Services team announced Sisu was headed for a new life. What’s more, the folks from the Dollar General sent over a few spare unicorns, just in case Sisu needed them in his bright new future. #binspirednews