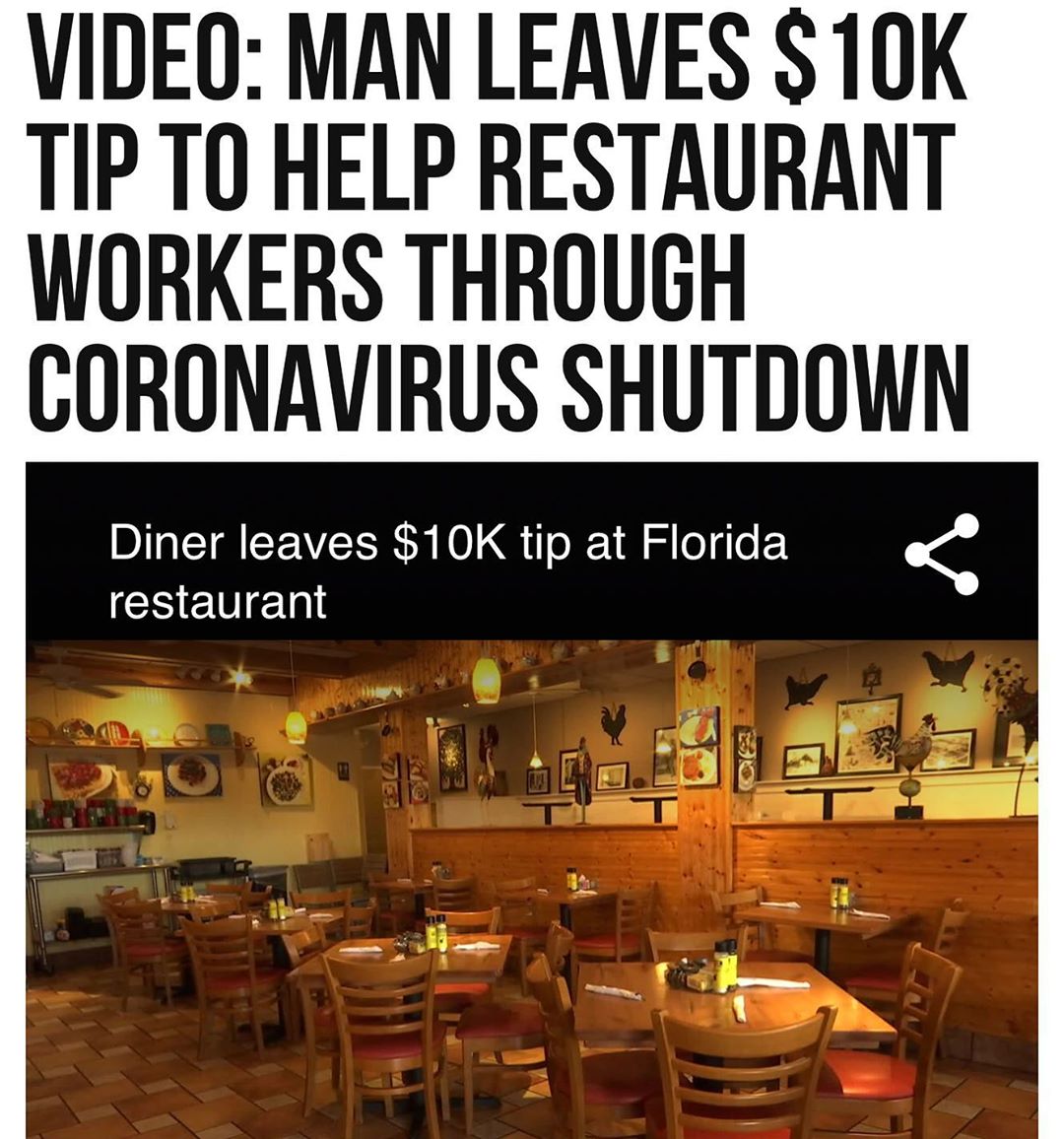 Employees at a restaurant in #NorthNaples, #Florida, received a wonderful gift recently from a very generous patron.

Through the years, those who frequent the Skillets restaurant have become more than just customers and staff members. “People come in and they become family. We know where they’re from, we know how many kids they have, and we know what’s going on in their lives. They become a part of our team, a part of our restaurant,” said owner Ross Edlund.

However, the day before Gov. Ron #DeSantis ordered dining rooms across the state be closed as a precaution against the #Chinese #coronavirus, the staff began to feel worried about what it might mean for their jobs.

That was when one regular customer decided to allay their fears by leaving them a tip for an astonishing $10,000. “There was genuine concern from our guests for our staff, which is very heartwarming to me,” Edlund recalled, adding, “And he said ‘I want each person in this restaurant to get 500 dollars.’ The manager distributed it to all the employees.” Now the restaurant has shifted its operations to take out only by order of the governor, the owner expressed his gratitude to the customer who wished to remain anonymous. “Thank you very, very much. You are a really decent person, and you’ve touched our staff deeply. Thank you,” he said.

Even though the shutdown has hurt his business, Edlund knew it was the right thing to do to protect his employees and their families from the virus. “We want everyone to stay healthy and well and we believe that what is being done is the correct thing in spite of the fact that it’s causing us hardship,” he stated.

Now, Edlund hopes other communities will see similar acts of kindness like the one his staff experienced during the ongoing health crisis. “It’s not the greatest situation, but if we don’t put a positive spin on it, we’re just going to make things worse. It makes me feel like we’re doing more than just serving eggs and pancakes. That we’re offering a respite from the world,” he concluded. #binspirednews 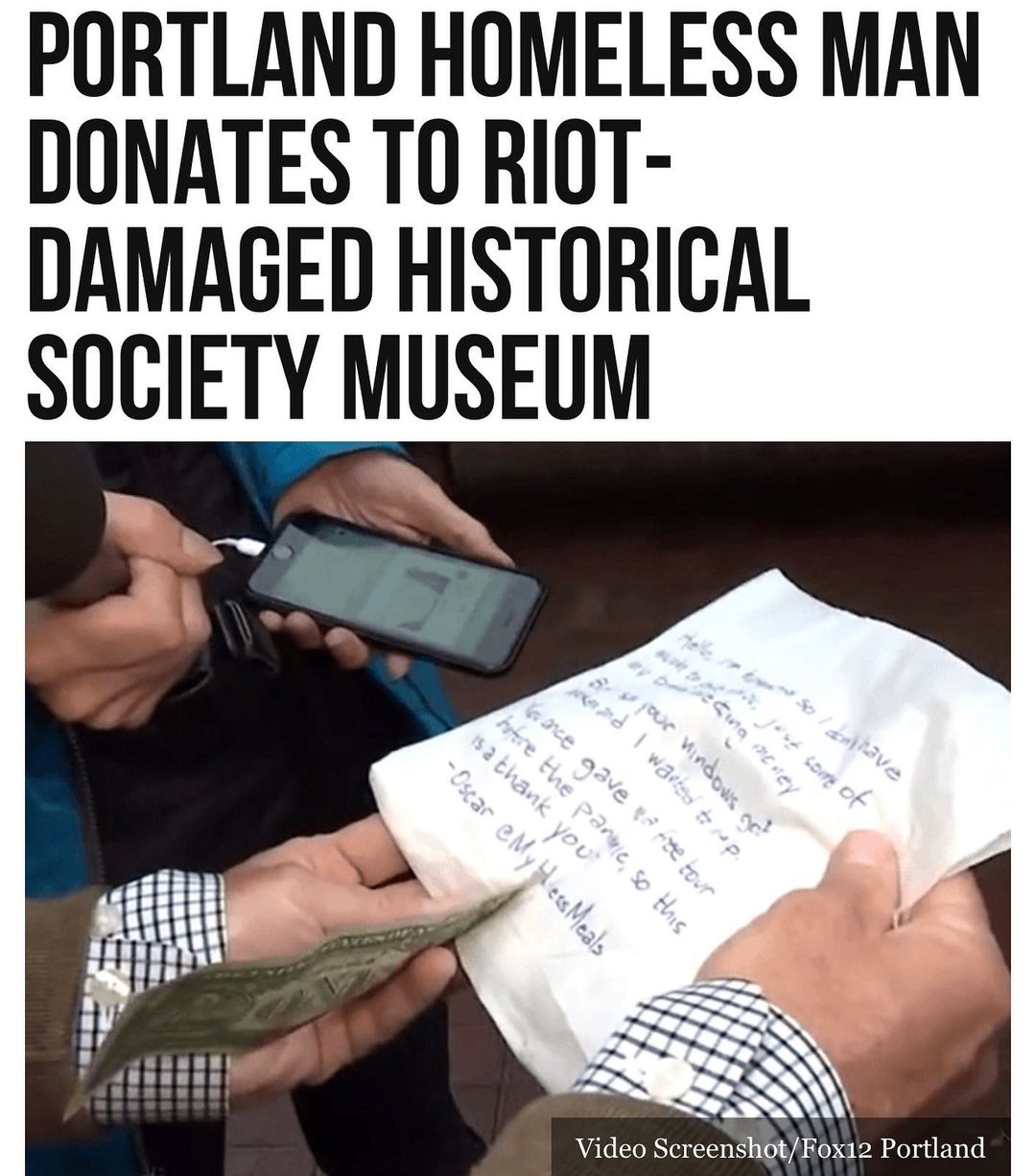 5 thoughts on “Employees at a restaurant in #NorthNaples, #Florida, received a wonderful gift r…”