An Iranian dissident movement will hold its annual “World Summit” Saturday through Monday, with supporters at rallies in 105 countries coming together virtually to call for Iran‘s oppressive theocracy to be overthrown and replaced with a democracy.

Organizers say they hope the show of online support, orchestrated by the National Council of Resistance of Iran (NCRI) and its associate group, the exiled People’s Mujahedin of Iran (MEK), will shake Supreme Leader Ayatollah Ali Khamenei‘s regime and inspire uprisings. In addition to the NCRI, Iranian-American communities in the U.S. and the Alliance for Public Awareness in Europe were also involved in sponsoring the event.

“Iranian society is a powder keg on the verge of explosion,” NCRI President-elect Maryam Rajavi told The Washington Times in an email interview ahead of this weekend’s summit. “More ferocious and extensive uprisings are waiting to erupt at a moment’s notice.”

Mrs. Rajavi, whose husband, Massoud Rajavi, was one of the original leaders of the MEK and has not been seen in public since 2003, maintains that the dissident movement has played a vital role in anti-regime protests that have taken hold inside Iran in recent years.

She told The Times that she is certain that regime opposition is growing in the wake of violent government crackdowns on dissent that followed large-scale uprisings across dozens of Iranian cities in late 2017 and early 2018.

“The organized resistance movement is gaining ground and momentum is building through a rapid expansion and rise in the activities of Resistance Units inside Iran,” Mrs. Rajavi said.

“Iran is on the brink of a seismic change,” the 67-year-old dissident leader said, adding that this weekend’s “Free Iran World Summit 2021” will invite “all governments and international institutions to stand with the people of Iran.”

An NCRI spokesperson said organizers anticipate supporters will join this weekend’s rally from some 50,000 locations around the world.

Some will log on individually because of ongoing COVID-19 precautions in many countries, while others will gather in living rooms, at hotel conference centers or in auditoriums to connect virtually with participants.

“They will be joined by resistance activists in Iran. They will demand accountability for Iran’s clerical regime and particularly its new president, Ebrahim Raisi. They will call for a total boycott of the clerical regime with Raisi as its president,” the NCRI spokesperson said.

“Thousands of Iranians will hold simultaneous rallies in Berlin’s Brandenburg Gate and 16 other cities, including Paris; Washington, D.C.; London; Amsterdam; Stockholm; Oslo; Vienna; Rome; and Geneva on July 10,” the spokesperson said, adding that large LED screens will connect those rallies with an event held by thousands from the MEK, which has its headquarters at a facility known as “Camp Ashraf” in Albania.

The event has made international headlines in the past, with fiery speeches calling for regime change in Tehran. For many years it was held in a large airplane hangar on the outskirts of Paris, but it has not been held there since 2018, when the Iranian government sought to bomb the event.

In February 2021, a Belgian court sentenced a senior Iranian diplomat to 20 years in prison on charges of plotting a terrorist attack against the 2018 summit. Assadolah Assadi, who was accused of operating on orders from Iranian intelligence, was found guilty of planning a bomb attack that ultimately was thwarted in the days leading up to the summit.

By last year, the NCRI had shifted the event online due to global COVID-19 health restrictions. Organizers decided this year to proceed with the virtual format, claiming that more than 1,000 political dignitaries from around the world are slated to participate.

Organizers say the event will feature a collective call against the pursuit by the Biden administration and several European powers for a renewal of the 2015 Iranian nuclear deal that has foundered since former President Donald Trump withdrew from it in 2018.

Some analysts view the exiled NCRI movement with suspicion, saying it has a clear political agenda to smear the government in Tehran and try to disrupt any nuclear diplomacy between the West and Iran.

The group has a tumultuous past in Washington, where the State Department for years listed the MEK branch as a terrorist organization. The listing was removed in 2012.

Such history aside, many say the MEK has a record of exposing major clandestine nuclear operations in Iran. The group has long claimed credit for tipping off Western powers to the existence of the Islamic Republic’s uranium enrichment plant at Natanz and its heavy-water plutonium facility at Arak back in 2002 — two facilities that Western officials have deemed to be violations of U.N. nuclear regulations.

The Iranian government sharply rejects the NCRI’s criticisms and claims any allegations that Tehran is secretly trying to develop nuclear weapons are baseless. Iranian officials have long claimed their nuclear program is purely for peaceful purposes, such as medical research and electricity production, despite Tehran’s regular threats to enrich nuclear material far beyond levels needed for those ends.

The NCRI often issues statements reminding the world’s media that Iran is listed by the U.S. State Department as a “State Sponsor of Terrorism.” The dissident movement also has gone to lengths following the recent selection of Mr. Raisi as Iran‘s new president. The hardline Shiite Muslim cleric has been rumored as a potential successor to Ayatollah Khamenei.

Human Rights Watch has accused Mr. Raisi of having played a prominent role in ordering the 1988 execution of thousands of political prisoners in Iran.

The NCRI claims more than 30,000 people were killed in the massacre, asserting that the “overwhelming majority” were members of the MEK inside Iran.

In her remarks to The Times, Mrs. Rajavi asserted that Iran‘s recent elections were a “sham,” claiming the selection of Mr. Raisi underscores “the regime’s sheer political desperation and impending overthrow.”

“The indisputable fact is that since the 2017 nationwide uprisings, the Iranian regime has entered a phase that will end in its inevitable overthrow,” she claimed. “There have been four rounds of massive nationwide uprisings, along with thousands of continuing protests, strikes and acts of defiance across the country. The regime is incapable of offering political or economic solutions to curb popular unrest … Khamenei is now in a desperate situation.”

An email circulated by an NCRI spokesperson said those participating in this weekend’s summit “will underscore that it is unacceptable for Western powers to pursue normal diplomatic or economic engagement with a regime whose president is implicated in crimes against humanity.”

“They will also demand an end to the impunity long enjoyed by Tehran’s leaders despite their atrocious record at home and abroad,” the email said.

Organizers sent The Times a list of international dignitaries slated to participate. Among them are Democratic members of the U.S. House of Representatives Brad Sherman of California and Sheila Jackson Lee of Texas.

In past years, the rally has featured rousing anti-Iranian regime speeches from such Middle Eastern dignitaries such as Prince Turki bin Faisal Al Saud, the former intelligence chief for Saudi Arabia, the predominantly Sunni Muslim Arab monarchy and a major geopolitical rival of Iran‘s Shiite theocracy.

Organizers said Prince Turki won’t be participating this year, although a number of other Arab dignitaries will be, as well as prominent former European officials, including former French and Italian Foreign Ministers Bernard Kushner and Giulio Terzi, respectively, and former Romanian Prime Minister Petre Roman. 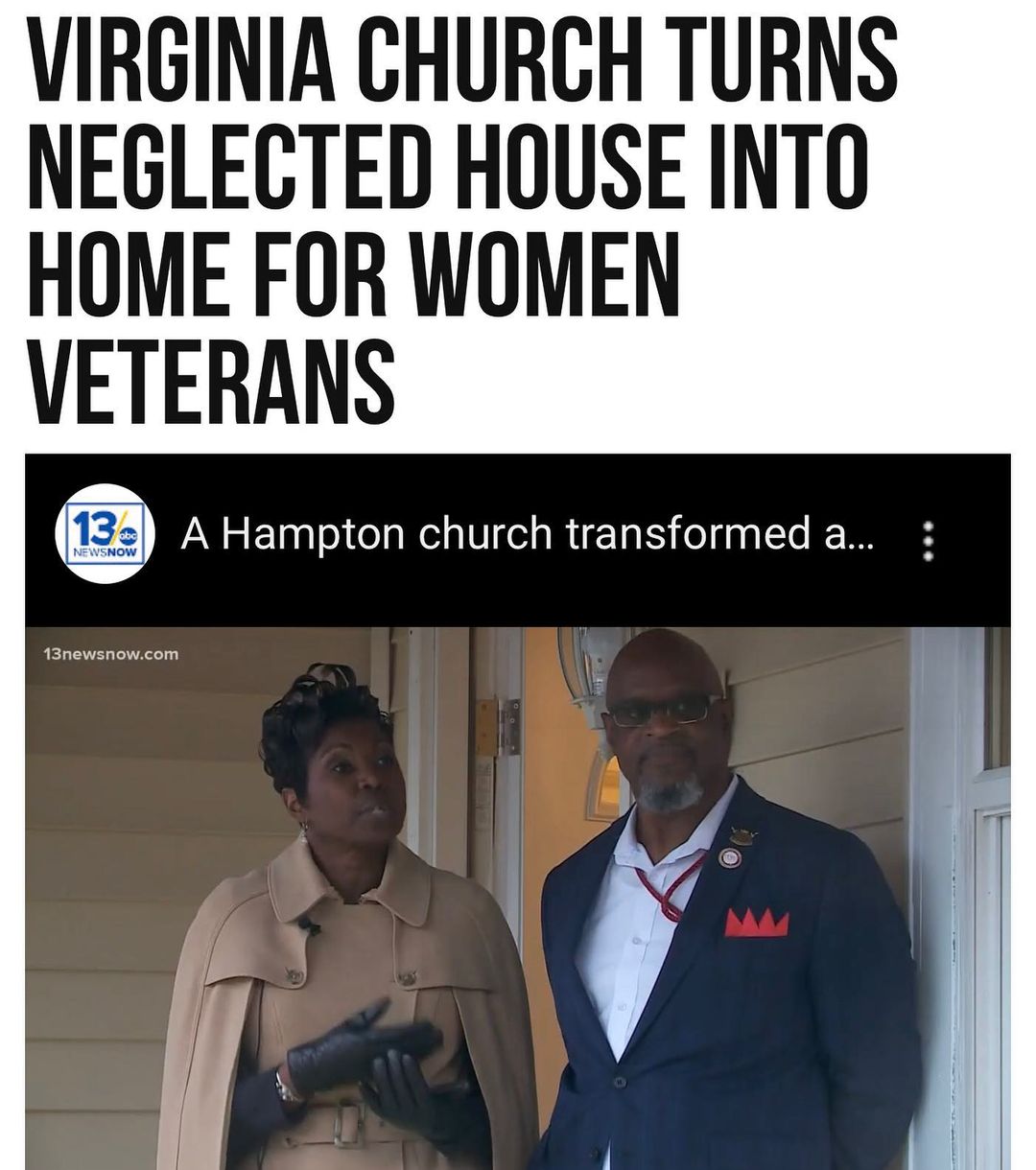 Members of a Baptist church in Hampton, Virginia, unveiled a remodeled home for …

Indonesia’s Covid-hit religious leaders give hope to their flocks