PARIS (AP) – The last known chief of ETA, the now-extinct Basque separatist militant group, goes on trial Monday in Paris for terrorism charges that he deems “absurd” because of his role in ending a conflict that claimed hundreds of lives and terrorized Spain for half a century.

Josu Urrutikoetxea led ETA during one of its bloodiest periods, when its victims included children bombed to death while sleeping in a Zaragoza police compound, where a monument to their stolen lives now stands. In a rare interview after 17 years on the run, he offered an apology, advised other separatist movements against resorting to violence and painted himself as a changed man.

That’s a preposterous claim to those who lost loved ones to ETA’s violence, which caused around 850 deaths and thousands of injuries and hijacked the Basque and Spanish political debate for decades. Just because he oversaw ETA’s end in 2018, they stress, that doesn’t erase his past.

Spanish anti-terrorism investigators have depicted him as a bloodthirsty advocate of violence who only opportunistically pursued negotiations after police crackdowns and a shrinking support base from Basque separatists weakened ETA.

Now 69, diminished by a battle with cancer and facing the prospect of spending the twilight of a life devoted to Basque independence behind bars, the man widely known by his police alias Josu Ternera, or “The Calf,” says he’s sorry for the “irreparable damage” caused by ETA violence as it sought to build an independent state straddling the Pyrenees mountains between Spain and France.

But even when he admits regrets, he adds a caveat.

Asked if he would apologize to ETA victims’ families, he told The Associated Press: “Of course, (I offer) apologies for something that we can’t repair.”

But he insisted Basque’s independence movement suffered, too, from violence rooted in the Spanish dictatorship that ended more than four decades ago. “The Basque country was entering into a black hole” of cultural repression, he said, “and we had to do the maximum to pull it out.”

Some of ETA’s victims said they want more than apologies; they want him to face justice.

“I don’t seek revenge against Josu Ternera,” said Lucía Ruiz, who was 10 when she was injured in the 1987 blast targeting military police barracks in Zaragoza, where she lived with her father, a civil guard. “But this gentleman tried to kill me and I want for him to pay a price for it. It’s my right as a Spanish citizen.”

Since his long-awaited arrest last year, Urrutikoetxea has been on a campaign to shed the terrorist label and rebrand himself as a repentant, aging peacemaker.

Amid growing international support, he won conditional release in July pending trial, after lawyers argued his poor health made him vulnerable to contracting coronavirus. He’s now staying with a professor friend near Paris’ Place de la Republique where he is trying to get a college diploma and is allowed out a few hours a day with an electronic bracelet.

By putting him on trial, they argue, “France is implicitly criminalizing all negotiators and calling into question all current and future peace processes in the world.”

But across the Pyrenees, those calls are rejected by the vast majority of Spain’s political mainstream. Spanish newspaper El Mundo described what it called “an operation to whitewash” him. Survivors of violent attacks and relatives of ETA’s victims say the campaign humiliates them.

Ruiz and Spanish authorities believe that Urrutikoetxea, as ETA’s leader, either approved or knew about the car that, loaded with dynamite, exploded under her window at the Zaragoza Civil Guard headquarters where she lived with her father, mother and sister.

Three ETA assailants were tried and imprisoned as the executors of the attack, which killed 11 people, including six minors, all of them her neighbors or acquaintances.

“He now presents himself as the country’s savior,” Ruiz said. It will be difficult to prove in court that he orchestrated the attack, she said, because “unfortunately these people don’t leave a paper trail. But this gentleman is a murderer, with murder written in capital letters.”

Urrutikoetxea denies any role, saying, “They want me to answer for something I had nothing to do with.”

His life mirrors the trajectory of ETA, whose initials stand for “Basque Homeland and Freedom” in the Basque language and was created during Gen. Francisco Franco’s 1939-1975 dictatorship.

He joined at 17 in 1968, the year of ETA’s first deadly attack. Classified as a terrorist organization by the U.S. and several countries, ETA shot to international prominence in the 1970s amid attacks and kidnappings.

ETA’s cause was politically and socially divisive inside Spain’s Basque society and widely rejected across the rest of Spain. It had some significant support among separatist-minded Basques, but many other Basques were appalled by its tactics and silenced by the terror the group imposed.

Many Spaniards thought that ETA should have disbanded with the return of democracy to Spain after Franco’s death in 1975, not continue its violent assault on the state and its citizens. ETA assassinated politicians, policemen and judges but also ordinary people; a car bomb attack in a Barcelona supermarket by ETA in 1987 killed 21 people and injured 45.

Urrutikoetxea led ETA in the late 1980s, was arrested in 1989 and spent the next 11 years behind bars in France and Spain. As ETA’s violent methods lost sway, Urrutikoetxea served as a lawmaker in the Basque regional parliament and a negotiator in talks with Spanish envoys to try to end the group’s activities.

Indicted for his alleged role in the Zaragoza attack while he was on a parliamentary visit to Switzerland in 2002, he was Spain’s most-sought fugitive until his arrest outside a hospital in the French Alps in May 2019.

Ruiz said she dropped her coffee mug the morning her husband broke the news of Urrutikoetxea’s arrest. Her phone started ringing and she didn’t stop taking calls until late that night.

“At first, it was a tremendous joy thinking that he’s no longer on the run,” Ruiz said, adding that Urrutikoetxea could have information on more than 300 unresolved ETA killings.

Urrutikoetxea claims he was under quiet French police protection for years.

“You can’t say I was living clandestinely,” he said. “The French government was aware and was directly involved because they facilitated the possibility for me to travel” to peace talks in Switzerland and Norway, despite being on Interpol’s most-wanted list.

France’s Justice Ministry and Interior Ministry would not comment on his claims.

ETA gave up its arms in 2017, and Urrutikoetxea read the statement announcing ETA’s final dismantling in an audio recording released on May 3, 2018.

“We had to reach the point of the end of confrontation and create the conditions and open the path to peace, whatever it cost … for the generations to come,” including his six grandchildren, he said.

Spanish and French authorities haven’t forgotten ETA’s past. Spain wants to try him for crimes against humanity, multiple killings and belonging to a terrorist organization.

In the meantime, he is facing justice this week for the first time in decades, in two back-to-back Paris trials where he is charged with “criminal association with a view to preparing a terrorist act,” for alleged attack plots in the 2000s and 2010s.

He was already convicted in absentia in both cases and sentenced to 15 years total in prison, but after his arrest he asked to be retried.

“This accusation is for actions when I was preparing the ground to work toward a peace process. It’s absurd that they want to judge me” for this, he said.

His lawyer plans to request a delay in Monday’s trial for procedural reasons. Once the French trials end, France has agreed to extradite Urrutikoetxea to Spain, although his defense has appealed.

Despite some support in France for his cause, French President Emmanuel Macron has stressed ETA’s “grave crimes,” saying that “political reconciliation and renouncing weapons don’t erase anything.”

Ruiz, a prominent member of Spain’s Association for Victims of Terrorism, rejects Urrutikoetxea’s peddling of himself as “a man of peace.”

“He has never approached us to apologize, and even if he did I doubt I would pardon him. What I do want is to see him taking the stand in court,” she said, standing at the site of ETA’s attack on the Civil Guard.

Urrutikoetxea says victims are “politicized by the Spanish government,” and prefers talking about the future.

“The pain is there, of the families,” he said. “What will that remedy? Nothing at all … you have to be ready to move forward.”

For Gaizka Fernández Soldevilla, a historian with the Foundation and Memorial for Terrorism Victims in the Basque region’s capital, Vitoria, the efforts to disband ETA should be treated separately from the blood crimes committed under those initials.

Basque society, he said, remains divided: “There is a part that wants to turn the page without having read it, and there is another side that wants to get a lesson for democracy out of it. To draw a conclusion, not to punish ourselves, but to try to heal the wounds and become a more coherent, cohesive society.”

That won’t happen, Fernández said, “if all that’s done is to try to forget.” 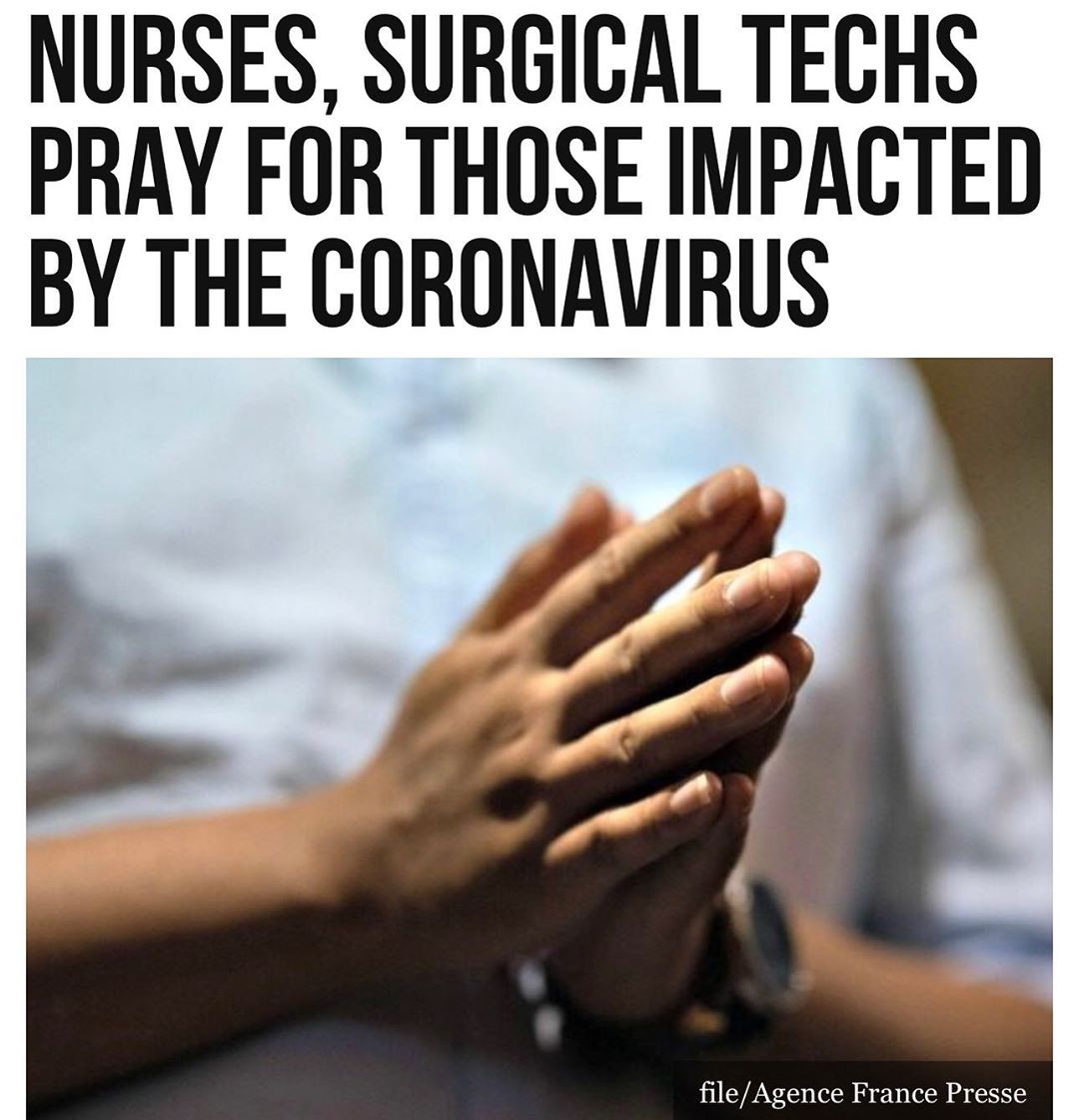 A group of registered nurses and surgical technicians from #VanderbiltUniversity…