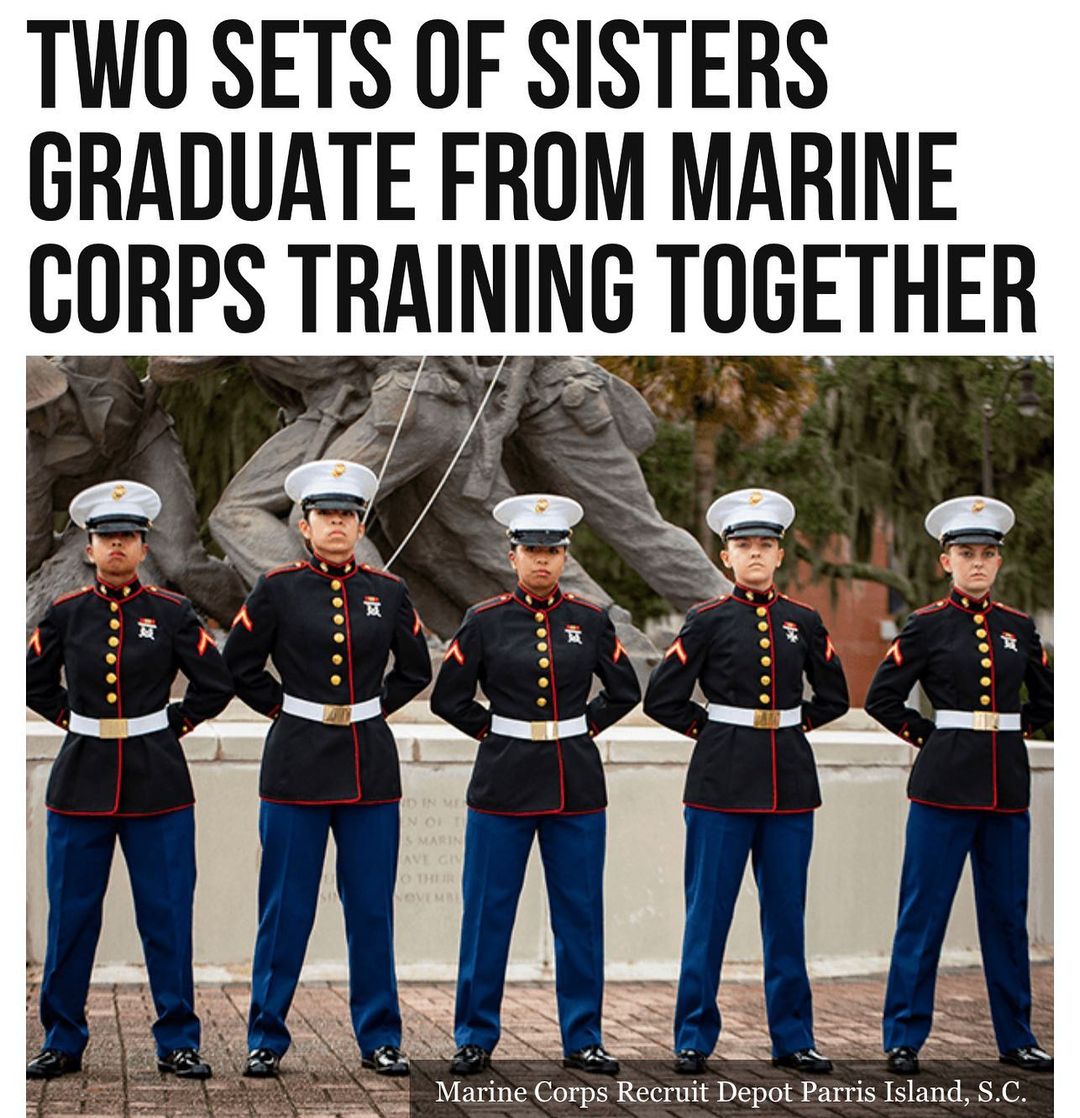 “Three days before her grandfather passed away, Ashley Valentine, 19, made a promise to carry on his legacy in the United States armed services,” the Defense Visual Information Distribution Service (DVIDS) reported Saturday.

Following her decision to join the Marine Corps, Ashley’s sister, 22-year-old Amber, did the same.

“After talking with the recruiter about how it would impact my life, I was committed,” Amber recalled. “I was ready to go no matter what.”

The sisters, who are natives of Manassas, Virginia, agreed that being together would help them through recruit training.

Once they complete combat training, Amber plans to go into the communications field, while Ashley will be certified as a motor transportation operator.

The #Marine Corps Recruit Depot at Parris Island shared photos of the graduates in a Facebook post Saturday:

When Maria, Vanessa, and Melissa Placido Jaramillo were little, they vowed to join the military together.

“The three sisters were born in Panama and moved to Las Vegas at a young age. Maria, 21, said she loved war movies growing up; When she saw ‘Tears of the Sun’ for the first time, she said she was truly inspired the join the military,” the DVIDS report said.

During her time in #ROTC, Maria dreamed of becoming a Marine and hoped to one day honor her family and serve the country she loves.

“Her other two sisters, identical twins Melissa and Vanessa, 22, were also in the ROTC program exploring their options of different branches, but it was their younger sister who first spoke with a Marine Corps recruiter,” the article stated.

Maria said she and her sisters have an unbreakable bond, adding, “I know that my sisters will always be there for me, even when they are not physically with me.”

They have yet to learn what Military Occupational Specialty (MOS) they will be assigned, but all three intend to complete their educations and will become nationalized as American citizens. #binspirednews