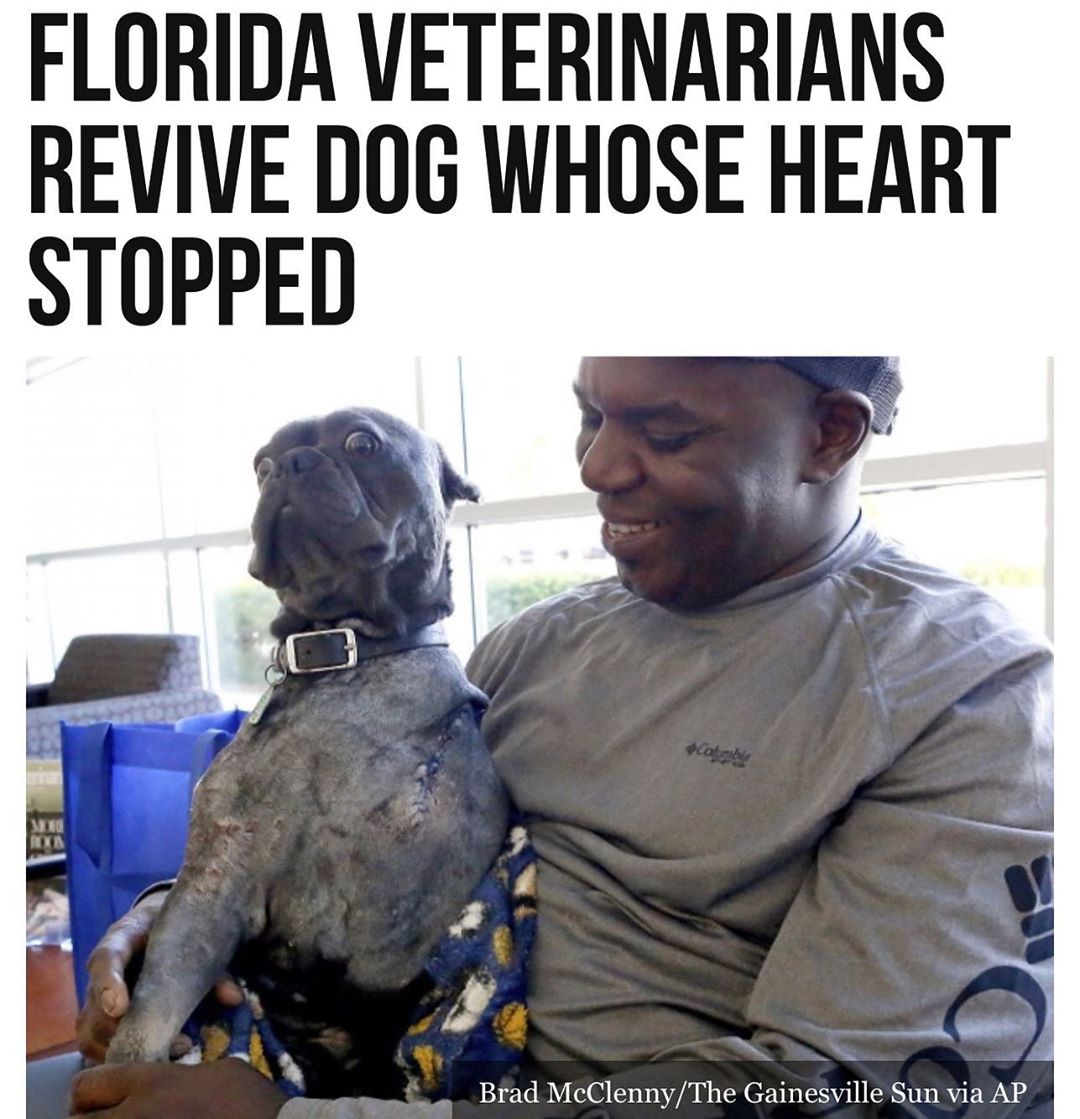 #Florida #veterinarians were able to give a dog’s owner a #Christmas miracle by reviving a #dog whose heart stopped following an animal attack on #ChristmasEve.

The team of veterinarians at the #UniversityofFlorida #CollegeofVeterinaryMedicine said that Neo, the one-year-old #FrenchBulldog, is among the rare 5 percent of animals whose hearts fail, yet will continue to live full, healthy lives.

However, Neo needed to have a leg amputated. “Typically when an animal passes and comes back, they have to be on a mechanical ventilator, a breathing machine,” Bobbi Conner, a University of Florida professor and a veterinarian specializing in emergency medicine, told the Gainesville Sun.

Neo’s owner, Gerald Ford, let him out of the house to do his business on December 24, 2019, but he never came back. Later on, Ford said he heard a loud thud on his front porch in the middle of the night and found his canine companion was rapidly losing blood. “I’ll never forget the look on his face,” Ford said. “It was like he was saying, ’Help me.’” By Christmas Day, Neo’s breathing and blood pressure had stabilized enough that he could be returned to Ford wrapped in a blanket.

Ford said he was unsure which type of animal attacked his beloved pooch, but he is sure that his companion will go on with life as a three-legged dog. #binspirednews

Pleas for more aid to Syria: ‘We don’t have nearly enough’

Caring for People Living with Dementia in Community Settings | COVID-19