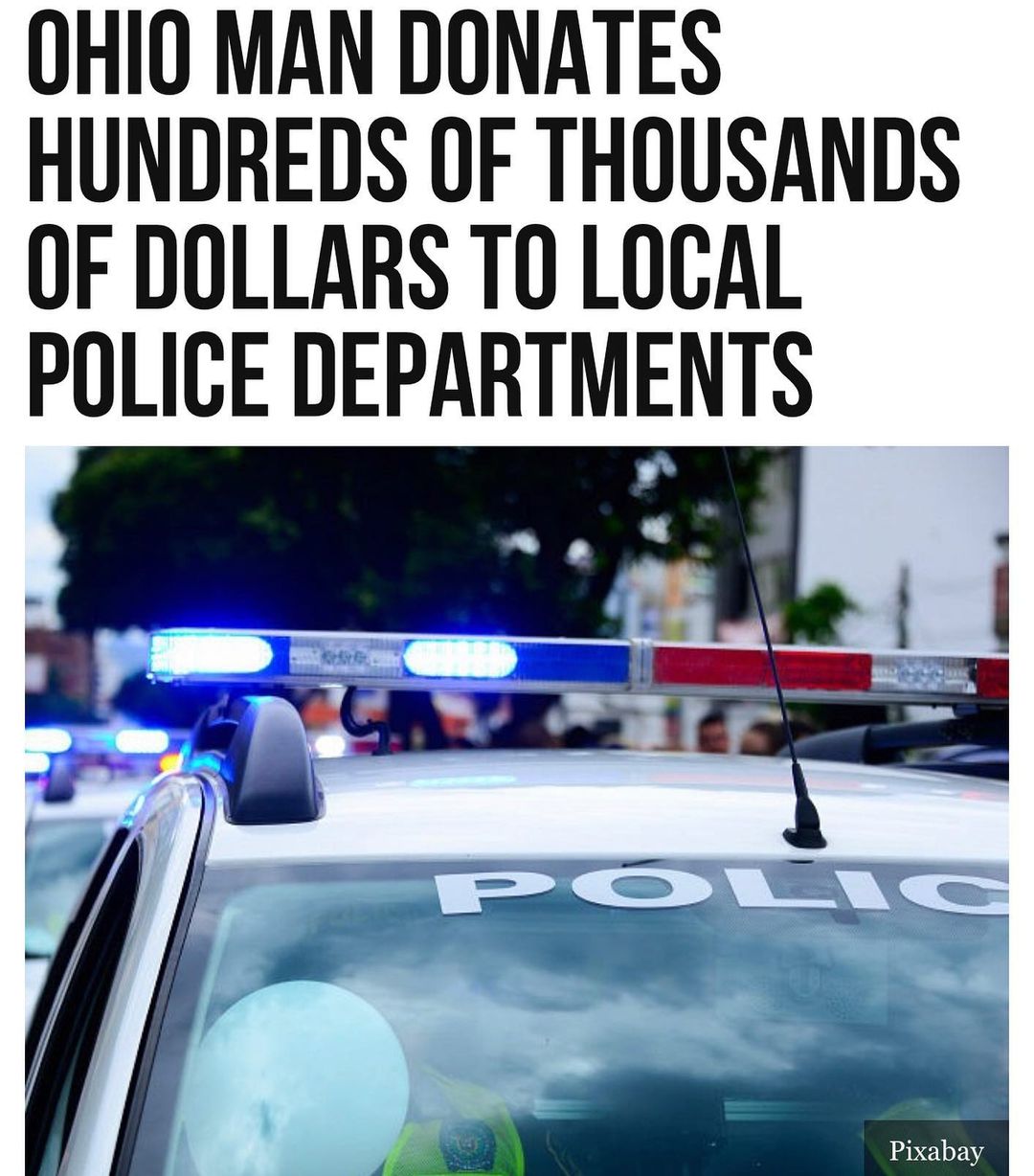 Harold Thomas of #IndianHill, #Ohio, said he has donated millions to services in his community and recently added hundreds of thousands more to local police departments.

The 87-year-old retired businessman told the Cincinnati Enquirer that he has donated tens of millions of dollars to local hospitals, colleges, municipal public-safety departments, and others because “charity begins at home.” To that end, he has recently boosted police funding in the nearby cities of Indian Hill, Madeira, and Montgomery by a cool $250,000 each.

My reason was I knew Indian Hill needed new state-of-the-art radio equipment for each of their officers to be more efficient when on patrol,” Thomas said. “I also learned they needed other items but did not have the funds to purchase them.” According to Thomas, Indian Hill “spent over $100,000 [of his donation] to equip all their officers with the new radios. I assumed Madeira and Montgomery had the same problem, so I included them in my giving,” Thomas said.

In the past, Thomas funded the construction of fire stations in Indian Hill and Madeira for the Madeira & Indian Hill Joint Fire District, and he paid for ambulances for both the fire district and nearby Montgomery. Madeira City Manager Tom Moeller told the Enquirer his city used the money Thomas recently donated to make improvements to the police department’s offices, including upgrades in security systems and to buy equipment for officers.

Madeira City Manager Tom Moeller confirmed that the money was used to upgrade the Madeira Police Department offices and better equip the officers stationed there. “Our taxpayers and residents have benefited tremendously from their incredible generosity and we cannot adequately express our deepest appreciation for all they have contributed to our communities,” he said.

Montgomery City Manager Brian Riblet echoed Moeller’s praise, explaining that “the Thomases’ contribution will enable us to purchase protective equipment and tools to keep our staff safe while providing critical services to our community.” He also extended his gratitude on behalf of the city itself.

Vaccine Effectiveness – How Well Does the Flu Vaccine Work?

A pair of high school sweethearts recently reconnected in #Columbus, #Ohio, and …