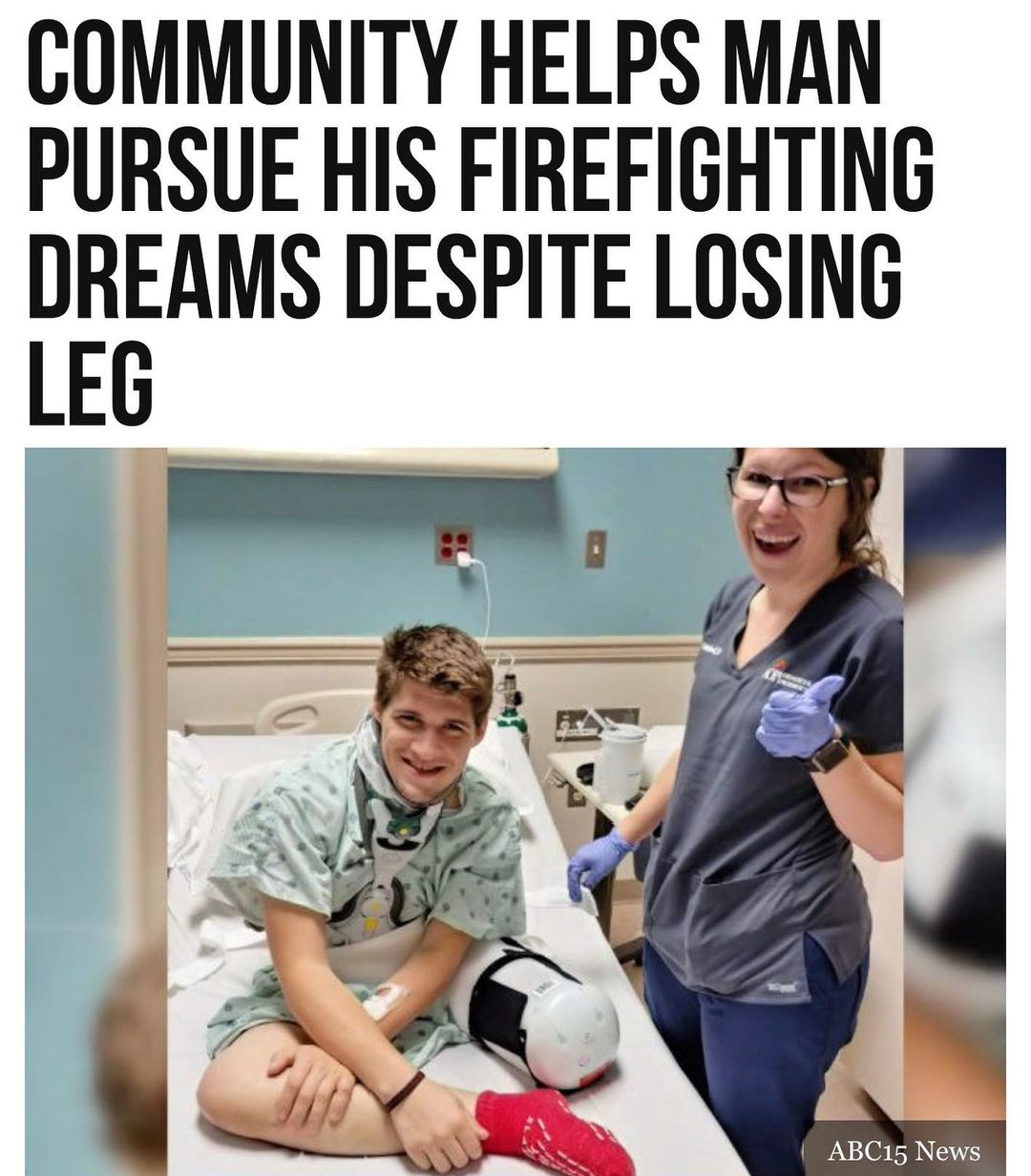 In #SouthCarolina, an entire community is helping a man pursue his firefighting dreams despite losing his leg to a motorcycle accident two years ago.

“It’s been two years, and I’m honored that people still are still thinking about me and helping to reach my goals,” Brandon Zinn told WACH. “It’s still my dream to become an above-the-knee #firefighter.”

Zinn was in the middle of training to be a firefighter when he got into a motorcycle accident that took out one of his legs on January 19, 2019. Still, he has not given up on his dreams thanks to the supportive community around him.

But Zinn says he has not let these obstacles get in the way of achieving his dream.

He is taking an EMT class while continuing his physical rehabilitation, Cola Daily reported.

Zinn was able to get a prosthetic leg through insurance, but he needs a foot piece that can help him get into firefighter gear quickly and efficiently.

So a group of first responders decided to chip in and help.

Officials are not only excited to play hockey, but they are also happy they can help Zinn achieve his dream.

Zinn says he is grateful for the amount of support he has received and looks forward to watching Saturday’s hockey game.

The game starts at 5:00 p.m. Saturday at the Irmo Plex Center. For those that cannot attend the game, there is a GoFundMe page to raise money for Zinn and his family.

As of Saturday afternoon, the page has raised nearly $14,000. #binspirednews