The King of Jordan, Abdullah II, 58, is currently dealing with two crises. Like the rest of the world, his country is facing the consequences of the COVID-19 pandemic. At the same time, Abdullah is facing down the prospect of a one-state solution to the Israel-Palestine conflict, as de facto suggested by U.S. President Donald Trump.

Starting in July, Israel wants to implement Trump’s Middle East plan, which includes, among other things, the annexation of settlements in the West Bank. Abdullah II warns that if Israel really does move to change the borders, it would set off a massive conflict with Jordan.

DER SPIEGEL: Your Majesty, how does a king rule in a lockdown?

King Abdullah II: I am complying with our social distancing rules, but I do travel from the north to the south to visit the security forces. I try to strengthen the morale of the people. We’ve had no new infections for nine days as of last week. We quickly got the virus under control.

DER SPIEGEL: What have you done better than others?

King Abdullah II: None of us leaders will get an A-plus for the management of the crisis, but the government sealed off the country very early on. All those entering Jordan were brought directly from the airport into hotel quarantine. Now we are in a position to help others all over the world.

DER SPIEGEL: What consequences does the virus have for world politics?

King Abdullah II: It brings new uncertainties. Health and food security are becoming valuable commodities. Europe has fertile agricultural lands. They will be hoarding food supplies, understandably. We too have begun to invest heavily in storing our wheat and we’ve got enough for another year and a half. We’re quite comfortable. But what happens after that? In many places, the danger of people starving to death is greater than the danger from the virus itself.

DER SPIEGEL: There are 2 million refugees in Jordan. Many citizens were already poor before the crisis. Do you fear riots?

King Abdullah II: We are all under economic pressure. In Jordan, refugees get the same education and health services as all other citizens. That is, of course, a challenge. Day laborers are the worst affected. How do you secure the income of these people if, at the same time, you have to keep businesses closed? The military and police deliver food and medicine to the residential areas. But we will have a recession for two years. So, how quickly we spring back in 2020 and 2021 depends on how smart we are in opening up sectors.

DER SPIEGEL: What is the way out of the crisis?

King Abdullah II: We should all start looking at each other with different eyes. In the U.S., there are trade pacts between the West Coast and the East Coast that ensure the states supply each other. Something like this is also needed at the global level.

DER SPIEGEL: In reality, Jordan is surrounded by states that are hostile to one another. In a few weeks’ time, the Israeli parliament plans to discuss U.S. President Donald Trump’s Middle East peace plan, which includes the annexation of the West Bank by Israel. What would it mean for Jordan if Trump’s plan for the Middle East were to be implemented?

King Abdullah II: Is now, in the midst of the corona pandemic, really the time to discuss whether we want a one- or two-state solution for Israel and Palestine? Or should we be discussing how we can fight the pandemic together? The two-state solution is the only way for us to be able to move forward.

King Abdullah II: Leaders who advocate a one-state solution do not understand what that would mean. What would happen if the Palestinian National Authority collapsed? There would be more chaos and extremism in the region. If Israel really annexes the West Bank in July, it would lead to a massive conflict with the Hashemite Kingdom of Jordan.

DER SPIEGEL: You would suspend the peace treaty with Israel?

King Abdullah II: I don’t want to make threats and create a loggerheads atmosphere, but we are considering all options. We agree with many countries in Europe and the international community that the law of the strongest should not apply in the Middle East.

DER SPIEGEL: For the rulers in the Gulf, the fight against Iran now seems more important than the Israel-Palestine conflict. Do you feel betrayed?

King Abdullah II: Jordan has faced challenging times before. But let me be very fair to my dear friend Mohammed bin Zayed, the Crown Prince of Abu Dhabi, and others: At meetings of the Arab League, the proposal for a one-state solution is still vehemently rejected. When the one-state solution plan was addressed six or seven months ago, His Majesty the King of Saudi Arabia said that no, we are with the Palestinian state.

DER SPIEGEL: Germany is your country’s second-largest supporter after the U.S. What do you expect from Berlin?

King Abdullah II: I have known Chancellor Merkel for a very long time. The Jordanian-German relationship is at an all-time high. We have an excellent working relationship, including in our military and security services. Germany understands what the right decision is on the Israeli-Palestinian question. We will be allies and friends, I believe, on this issue going forward. 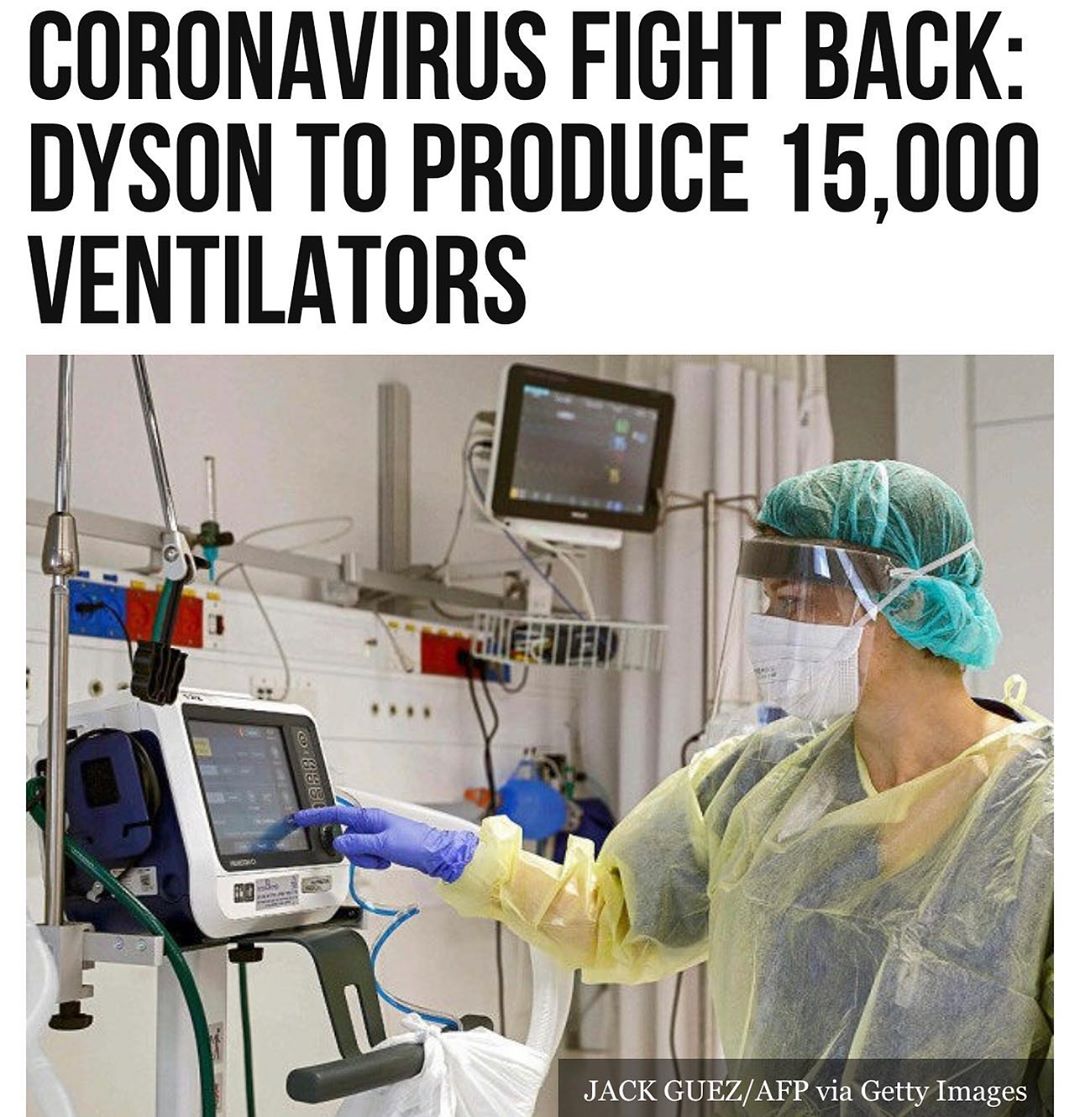 Dyson has received an order from the #UK government to produce 10,000 #ventilato…