Abinader, a 53-year-old businessman who had never held elected office, was elected to a four-year term on July 5, ending a 16-year run in power by a center-left party. He finished second in the 2016 presidential election.

On Friday, the Trump administration only got support from the Dominican Republic when the 15-member U.N. Security Council resoundingly defeated a U.S. resolution to indefinitely extend the U.N. arms embargo on Iran.

“This election resounds as an example to other nations of the power of democracy and what is possible when countries prioritize the wishes of their people,” Pompeo tweeted after Abinader’s inauguration.

The elections in the Dominican Republic took place as the new coronavirus pandemic was sweeping across the Caribbean nation of some 10.5 million people. Abinader himself had spent weeks before the election in isolation following a positive test for the virus, and the vote itself had been postponed from May due to COVID-19, the disease caused by the virus. 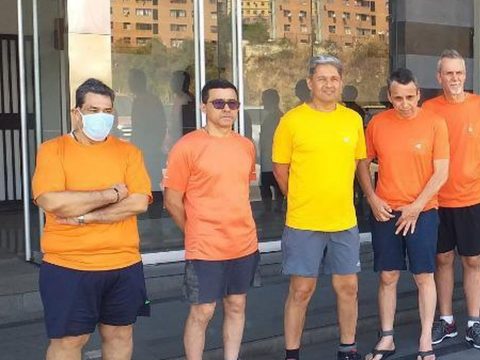