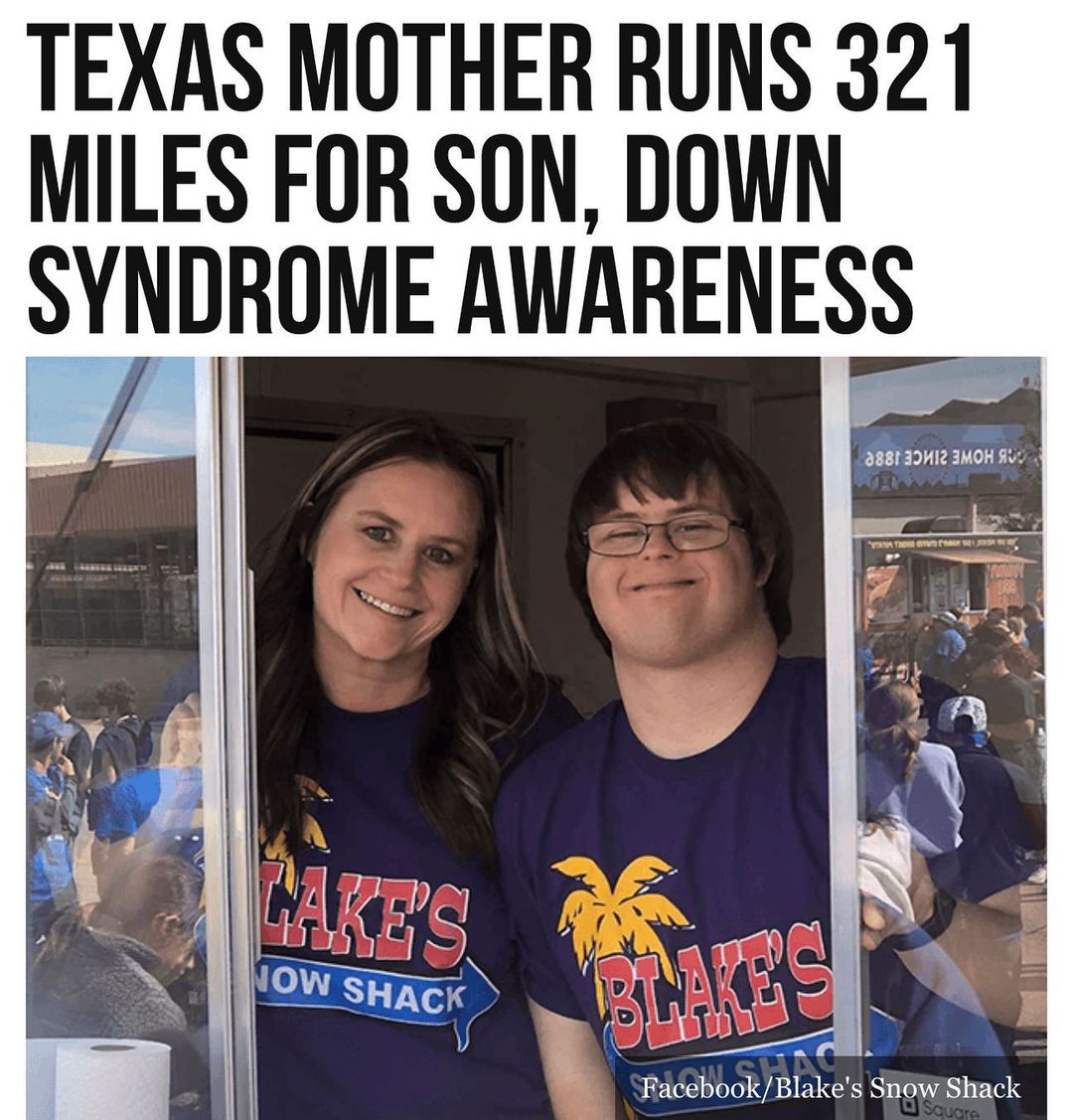 Mary Ann Pyron ran a total of 321 miles in March for her son, and to spread awareness of Down syndrome.

Pyron has spent her life caring for Blake, her son. Blake’s story is an extraordinary one. In 2018, he became #Texas’ first individual with #DownSyndrome to own a business, and the youngest, at 20 years old, in his hometown of Sanger.

Blake has been internationally recognized for the achievement, “featured on international news, appeared in the Huffington Post, A&E Latinoamerica, Unworthy, Reddit and even on the Today Show Australia.” He also drew praise from Texas Gov. Greg Abbott, and Senator Ted Cruz.

But besides the pride she felt for her son’s many achievements, Pyron said she saw his health declining. “That’s when we really made the commitment to getting him moving, getting us all moving,” she remembered.

Together, Pyron and her son began running. After seeing his health improve, Pyron decided to double down. In honor of her son and National Down Syndrome Day on March 21, Pyron decided to run 321 miles in a month.

Despite ample motivation, Pyron said March’s personal challenge was a big one. “Every time I get to where I want to quit, I just think of all the challenges that Blake and his friends deal with daily,” she said. It worked: Three days before the end of the month, Pyron reached her goal.

Pyron said all of the effort was more than worth it. “I would do anything to keep him safe and healthy,” she said. “I would run a million miles for Blake.” #binspirednews

Variants of the Virus