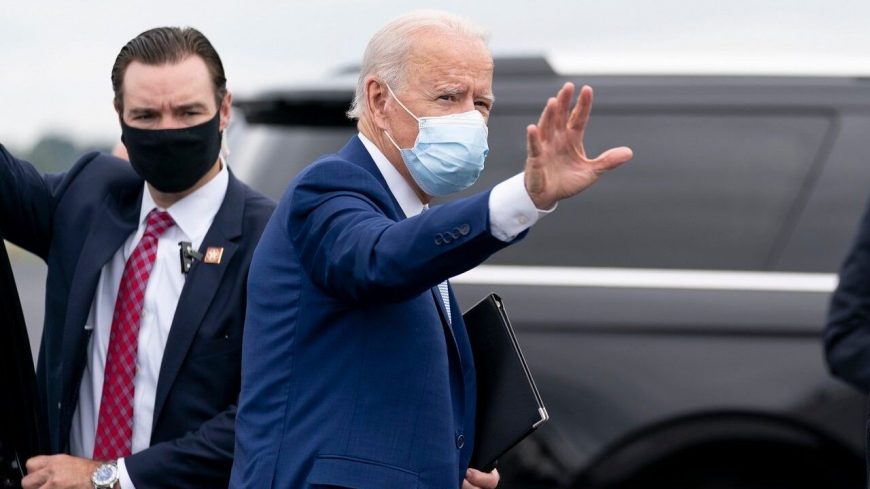 Many in the media are making the equivalent of a closing argument for Joe Biden, casting him as the right person at the right time.

Most pundits had consigned him to history’s dustbin as the primaries got under way, laying out all the reasons why he wouldn’t–and shouldn’t–win the Democratic nomination.

So any praise for Biden in the final days of the general election has to come to grips with the earlier dismissals.

THESE 9 STATES COULD DECIDE THE PRESIDENTIAL ELECTION

There were some who said Biden would sink like a stone, others who urged him not to run. As I argued repeatedly at the time–and I was in the minority–the argument that Biden was too old, too out of touch and insufficiently liberal reflected a view that the party was much further to the left than it actually is. The Dems have become a far more liberal party, obviously, but left-wing Twitter is not where most of the rank and file are.

When the former vice president got walloped in Iowa and New Hampshire, the punditocracy tried to run him out of the race. How could this guy possibly go up against President Trump?

Win or lose, Biden has held onto his polling lead all year. And the reassessments are right on this point: the very qualities that made him seem hopelessly antiquated have turned out to be enduring strengths.

Biden is a fairly boring candidate. For some voters, that looks like a relief for what they view as the chaotic Trump years.

Biden has been around forever, as the president keeps reminding us with his “47 years” line. But that means the country knows him, including all his quirks and gaffes, so it’s harder for the Trump team to demonize him as either corrupt or a crazy socialist. Imagine how Bernie Sanders, Elizabeth Warren or Bernie Sanders would be faring under the GOP onslaught.

Biden keeps talking about cooperating with Republicans. That’s hardly a rousing battle cry and may be a fantasy, but it can sound appealing given the scorched-earth warfare, most recently over a Supreme Court seat.

Biden is uninspiring because he’s not pushing bold new ideas. But the reason he won the nomination after his South Carolina victory is precisely because he wouldn’t cave to left-wing pressure to back Medicare for All or a gargantuan Green New Deal.

Biden is slow-footed in a hyperspeed world. But it turns out that making little news–and not responding to every Trumpian tweet–has been a good way to make the race into a referendum on the president’s rhetoric and conduct. And while he’s clearly lost a couple of steps, the senile caricature certainly didn’t show up at the two debates.

Of course, it didn’t hurt that the media have gone easy on Biden–softball town halls, questions about ice cream, and no demands for more access as he has pursued a low-profile campaign, even after emerging from the Delaware basement.

Thus he is now being hailed with faint praise.

Veteran columnist Matt Bai says no one has ever accused Biden of being “an inspirational figure,” that he “risked going out as a joke rather than a statesman.”

When all the strategic geniuses were telling Biden to lurch left, Bai writes in the Washington Post, “he simply disagreed with his rivals, and he was willing to lose because of it. It was a principled last stand for which we never gave Biden the credit he deserved.”

He’s still a “plodder,” but “what we most need in a leader right now — decency, compassion, perspective — happen to be the very things Biden brings to the table.”

A Post news story strikes a similar theme: “Party factions feared Biden would fail to shore up the Democratic base or that he had lost a step because of his age. Allies fretted he would stumble in debates with President Trump and that his gaffes would give ample material to his tenacious opponent.”

Now the situation would look starkly different without the coronavirus. For one thing, Trump would be in a far stronger political position. But Biden’s play-it-safe, Zoom-style campaign would not have been possible without the devastation of Covid-19. Biden, at 77, has tried to contrast his black mask and cautious approach with the president’s White House events and big rallies.

Hey, luck is an underappreciated factor in politics. So is humility–which has been in short supply among many of the journalists who botched the rise of Trump four years ago and were positive that Biden would be long retired by now. 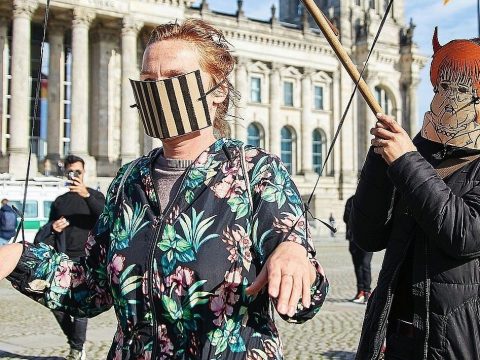 The Corona Conspiracy Theorists: Protests in Germany See Fringe Mix with the Mainstream 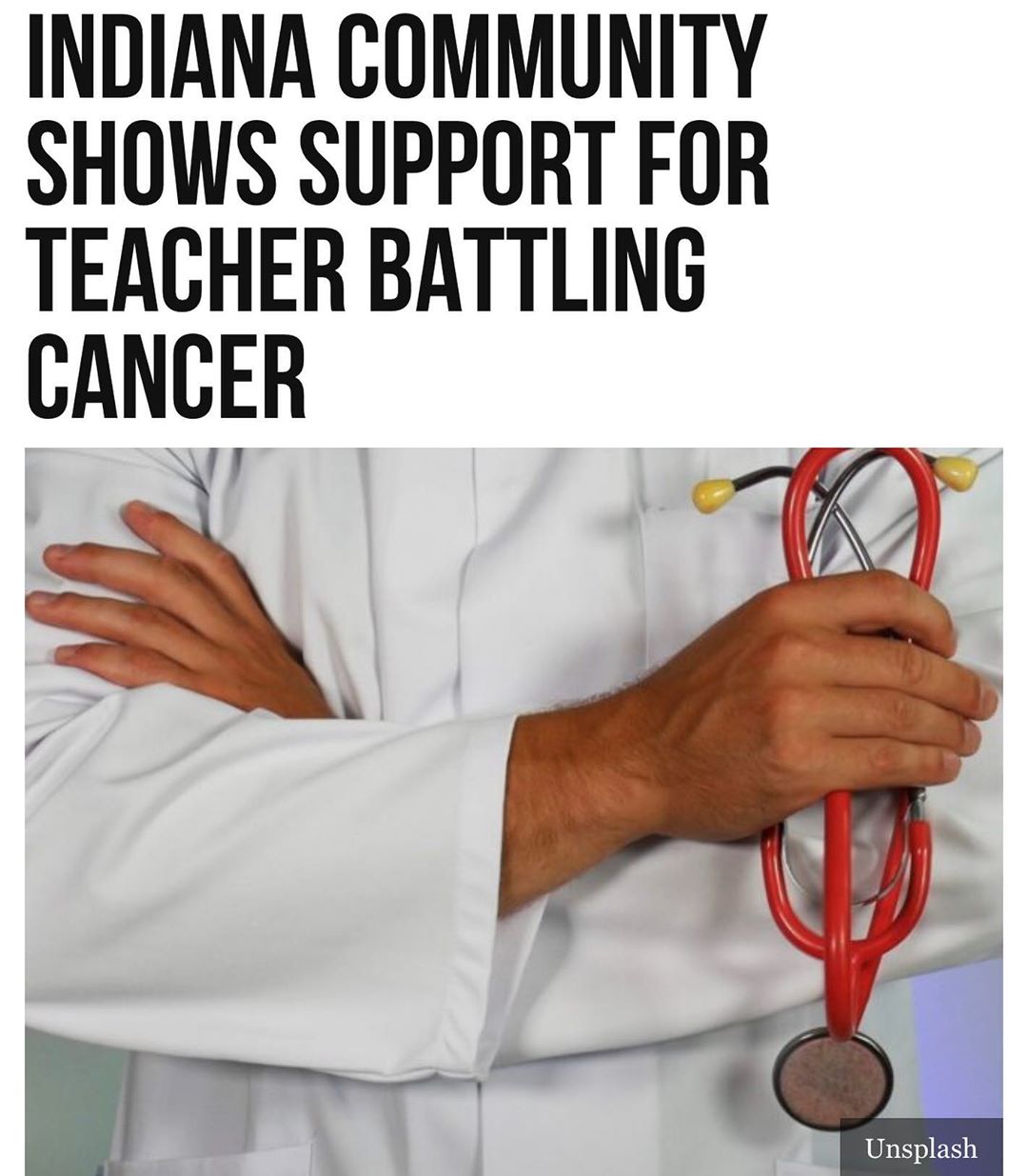 An entire community in #Franklin, #Indiana, is rallying around a beloved teacher… 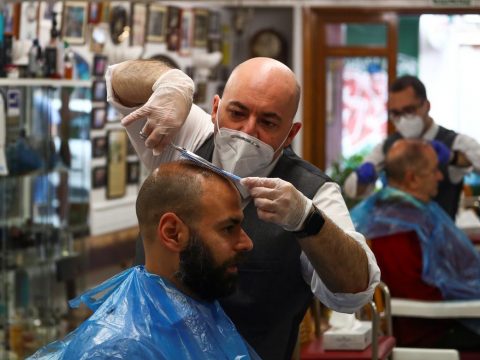