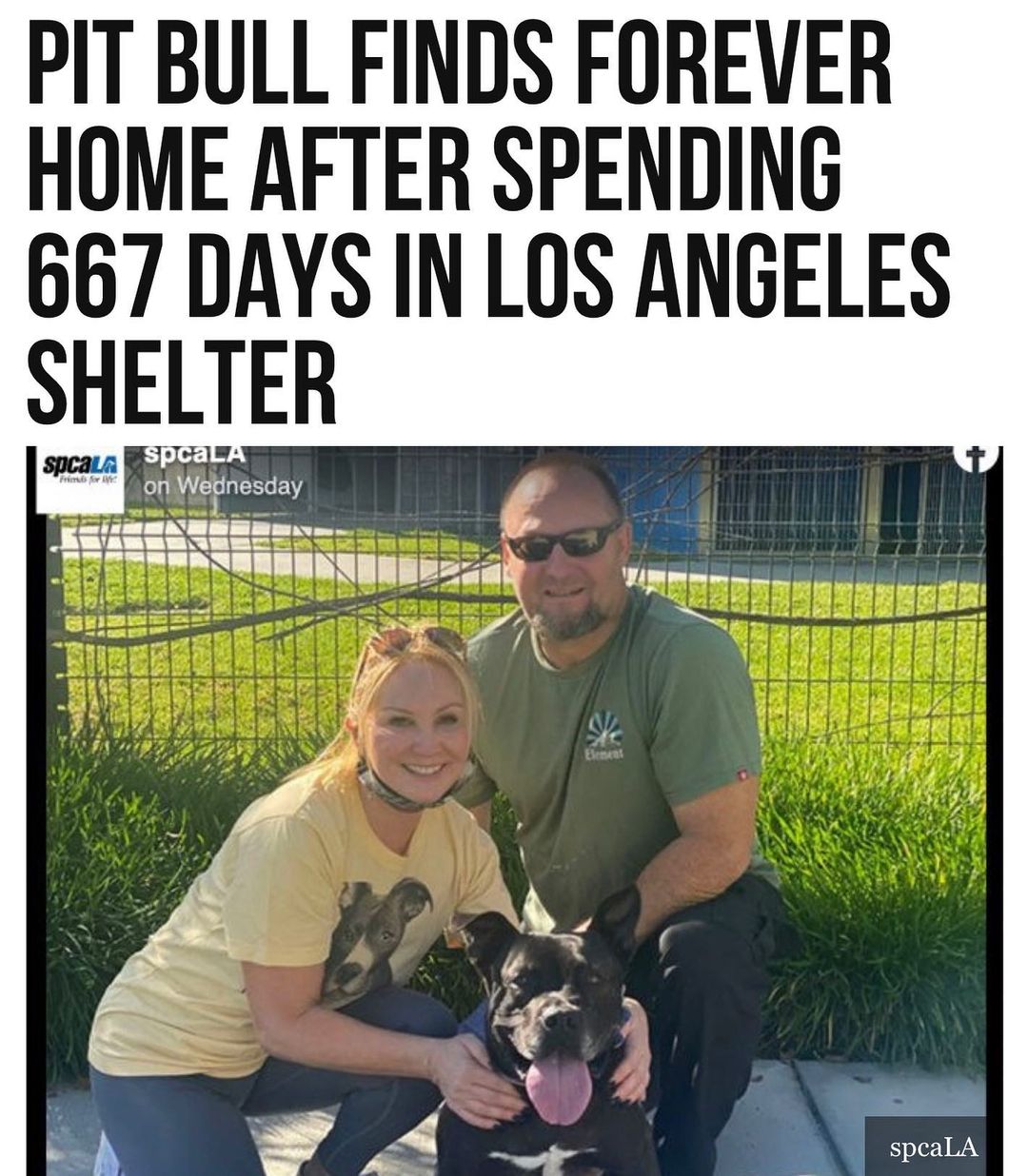 Melvin, a #PitBull who spent 667 days in a #LosAngeles, #California, shelter, got the perfect birthday present this year — a forever family.

The Society for the Prevention of Cruelty to Animals Los Angeles (spcaLA) said in a statement Wednesday that the dog had been adopted after a two-year-long wait.

“Society for the Prevention of Cruelty to Animals Los Angeles (spcaLA) waited almost two years to say these words: Melvin has left the building! At 3 years and 10 months, Melvin was set to celebrate another birthday at spcaLA, but instead, he’ll celebrate with his new family,” the statement read.

Melvin is one of the 1,298 animals spcaLA had adopted since the beginning of the coronavirus pandemic.

The shelter tried to find Melvin’s perfect home using social media but ultimately discovered that he was not being adopted due to his breed and the color of his fur.

Eventually, an adoption counselor matched Melvin to his forever family. The spcaLA president thanked the staff and Melvin’s adopted family for welcoming him into their home.

“While I thank the family for adopting, and the staff for working so hard for Melvin, I would be remiss if I didn’t thank our supporters, whose help makes everything we do possible,” spcaLA president Madeline Bernstein said.

Melvin is not the first long-time resident of a shelter to find his forever home. A dog named Demi, who spent 809 days at a Southern Illinois shelter, found her forever home on March 7.

Days before Demi’s adoption, a senior dog named Baby Girl was adopted after spending seven years in a shelter.

And in January, a shepherd pit bull mix named Sarge got adopted after spending 628 days in a shelter. #binspirednews

COVID-19 Response is a Family Affair for EIS Alums

What You Need to Know About Variants