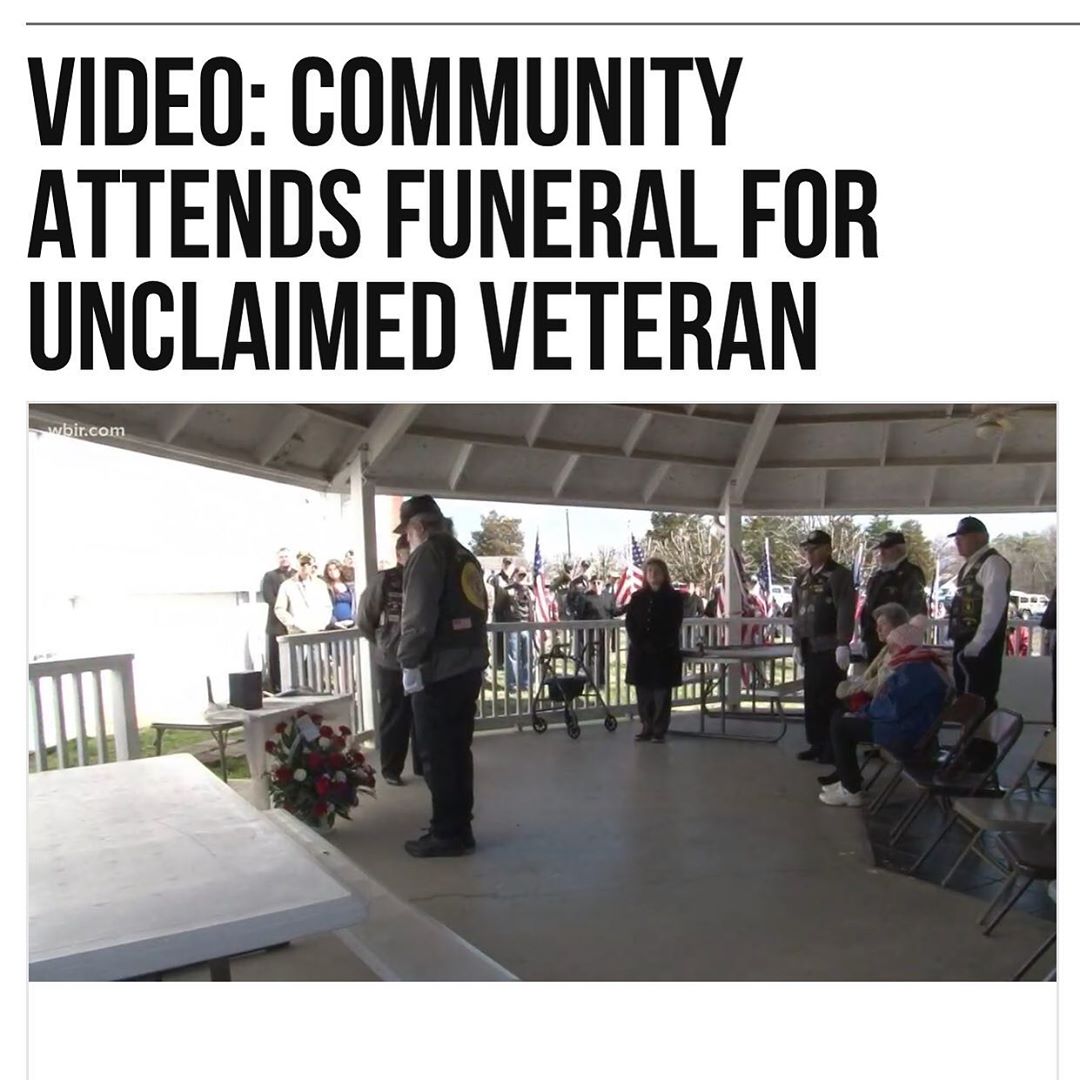 More than 100 people attended a funeral for an unclaimed veteran in #Dandridge, #Tennessee, on Saturday.

When 81-year-old #UnitedStates #AirForce #veteran Charlotte “CJ” Birch passed away from pancreatic cancer in #Pennsylvania in 2018, no family members claimed her remains for over a year and a half.

However, once Birch’s friend Genie Wachter heard what happened, she decided to travel from her home in Illinois to Pennsylvania and transport her friend’s ashes to Dandridge, where she was born.

Farrar Funeral Home posted the veteran’s obituary on its Facebook page where community members shared it and encouraged others to attend the memorial service at Hills Union Cemetery. “Please support, so our sister does not go alone,” the American Legion Post 2 of Knoxville wrote on its own page Monday. “If family isn’t here, the veterans will come out and support,” said Watcher, who stood in for Birch’s family, along with the strangers in attendance.

Many people left kind messages on the funeral home’s website to honor the veteran’s sacrifice. “Thank you for your service to our country. Your dedication insured our freedom,” one family wrote. “Thank you for serving our country sweet veteran. May you Rest In Peace,” another person said.

Saturday, Birch received a 21 gun salute and taps were played as she was laid to rest next to her husband, who was a World War II United States Navy veteran.

Watcher was given a folded American flag and said her friend was looking down from above at all of the people who came to the service. “She said ‘I’m not afraid to die,’ and because she knew where she was going,” her friend commented, adding, “She was here for 81 years, but she was secure where her eternity would be, which is more important than a measly 81 years.” Following the service, a beautiful patriotic flower arrangement was placed on Birch’s grave. “Today is a very special day. My friend CJ, Charlotte Birch, finally comes to rest here with her husband and it’s a closure,” Watcher concluded. #binspirednews

3 thoughts on “More than 100 people attended a funeral for an unclaimed veteran in #Dandridge, …”