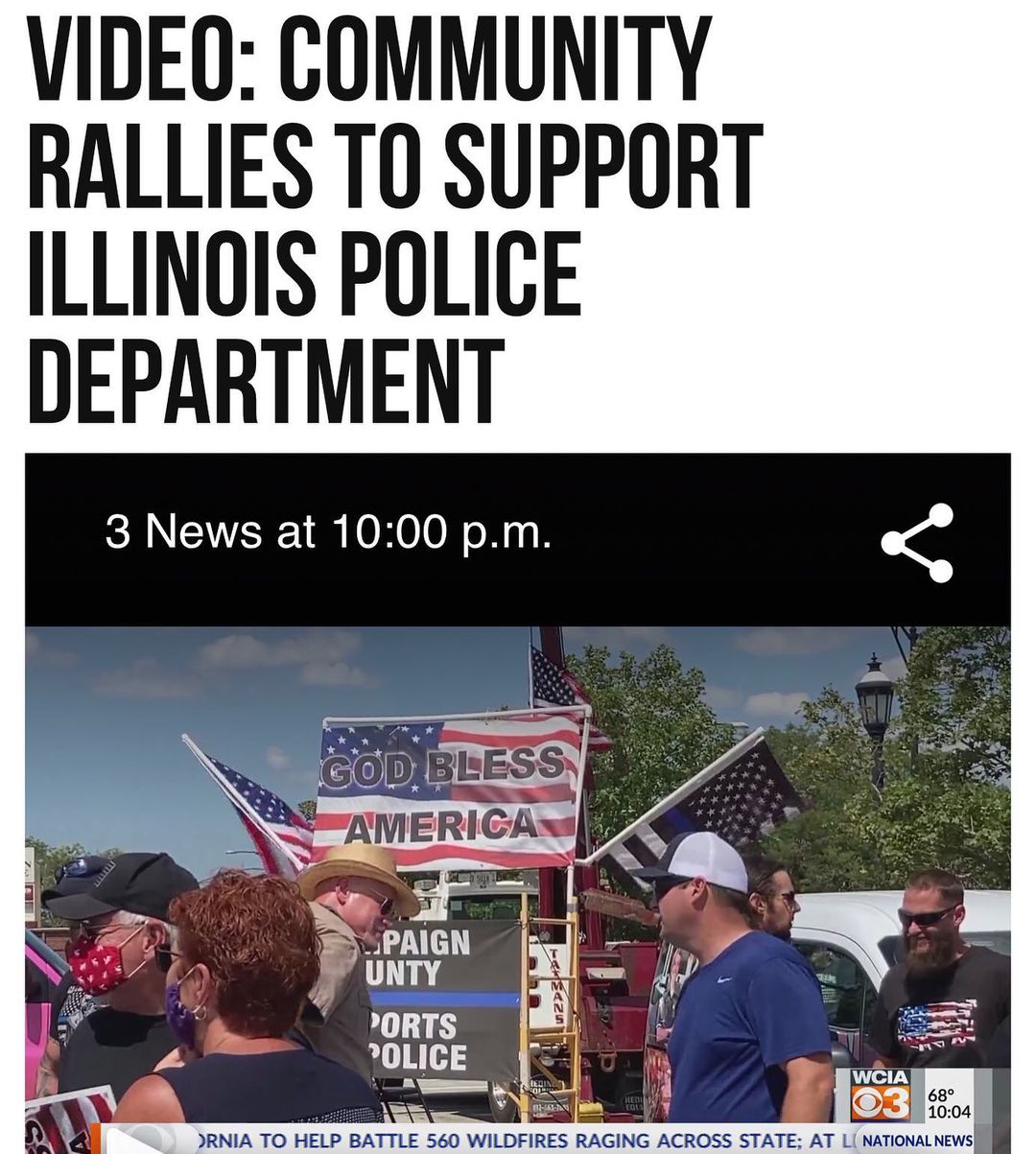 More than 300 Illinois residents banded together to support #police officers in #Champaign, #Illinois, after their police department had been vandalized.

The pro-police rally was held at #LincolnSquareMall in Urbana, and those attending opened with a prayer before listening to a series of speakers, WCIA reported.

Tim Voges, one of the organizers who spoke at the event, said the community needs to “respect” the police in addition to supporting them.

“We need to show that the community supports our police knowing that there’s some things that need to be worked on, but they are still our police and we need to respect them,” said Voges.

As the rally drew to a close, a group of people lined up holding American flags and signs that read, “Champaign County supports our police.”

There have also been more formal rallies to back the police across the country called “Back the Blue” rallies. Just last week, thousands of bikers and truckers rode to Upstate New York for a “Back the Blue” rally to support local, county, and state law enforcement.

The week before, several hundred people showed up at a “#BackTheBlue” rally in Raleigh, North Carolina, to support law enforcement. #binspirednews

VP Harris: Focus must stay on Afghan evacuation, not distractions now of what went wrong

#beatthebug A #Florida #veteran received a mortgage-free home from the nonprofit organizatio… https://t.co/USFBssVJtt
View on Twitter
0
0