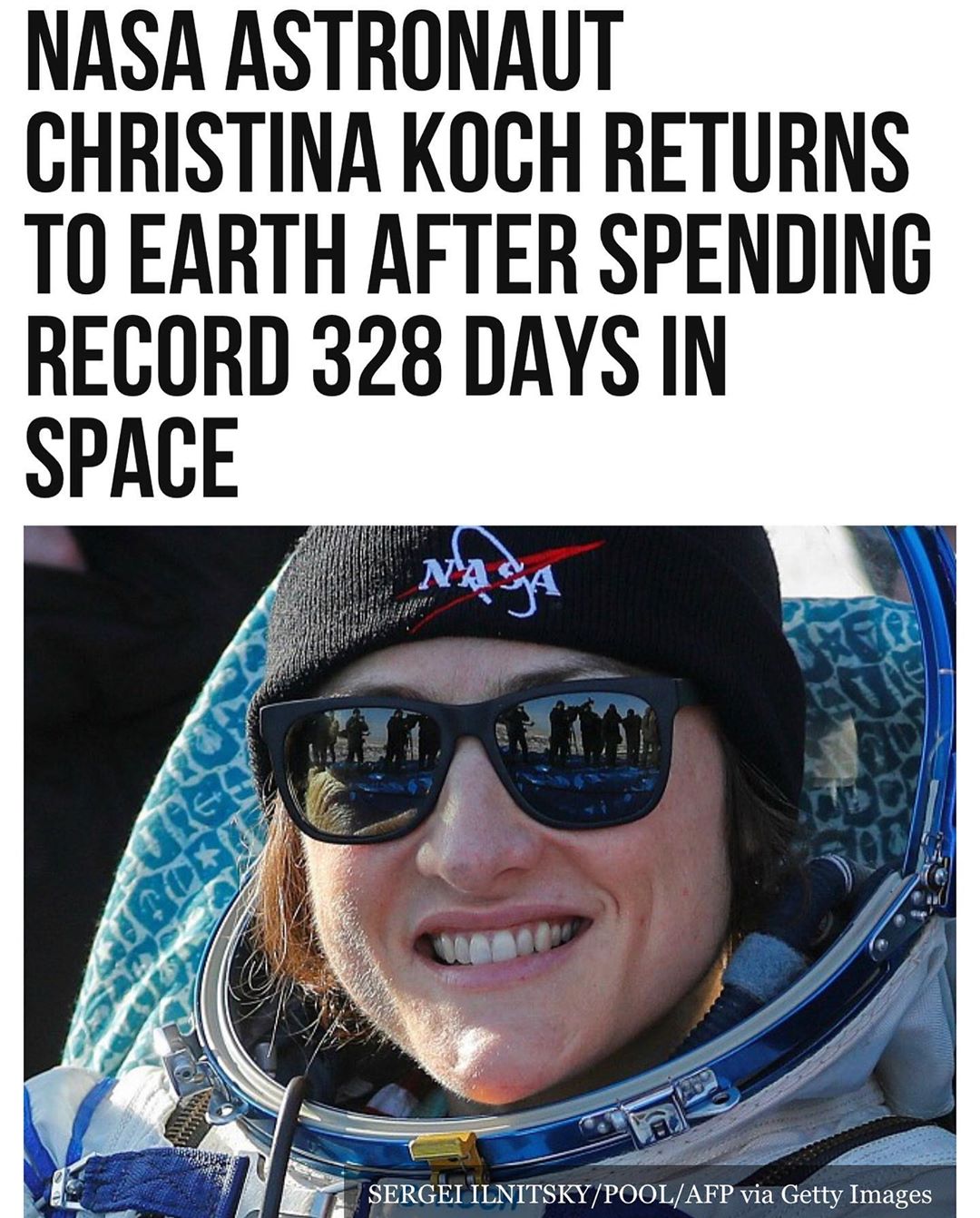 #NASA #Astronaut Christina Koch has returned to Earth after spending a record 328 days in space, breaking the record for the longest time a woman has spent in #space.

Koch and two of her colleagues returned to Earth at 4:12 a.m. EST on Thursday after the spacecraft carrying them home landed on a remote, frozen patch of desert in Kazakhstan, 7,000 miles away from Houston where NASA is headquartered and where most of the NASA astronauts like Koch live.

Koch spent a total of 328 days in space, followed 5,248 orbits around Earth, performed six spacewalks, and spent 42 hours and 15 minutes working outside the International Space Station.

Koch’s lengthy stay in space broke a record set in 2017 by NASA astronaut Peggy Whitson, who spent 288 days on a single mission in space. She broke Whitson’s record on December 29. Koch’s mission is also the second-longest spaceflight ever taken by an American astronaut.

Scott Kelly holds the record for the longest spaceflight taken by an American astronaut.

Koch’s achievement comes as NASA is celebrating 20 continuous years of being present on the International Space Station, which 240 miles above Earth.

Koch, a North Carolina scientist who joined the astronaut corps in 2013, participated in a number of scientific experiments while onboard the space station. Some of those experiments had to do with mustard greens, bio-printing, combustion, and kidney diseases. #binspirednews

Caring for People with Developmental and Behavioral Disorders | COVID-19

ECB Vice President Luis de Guindos: “We Had to Act”