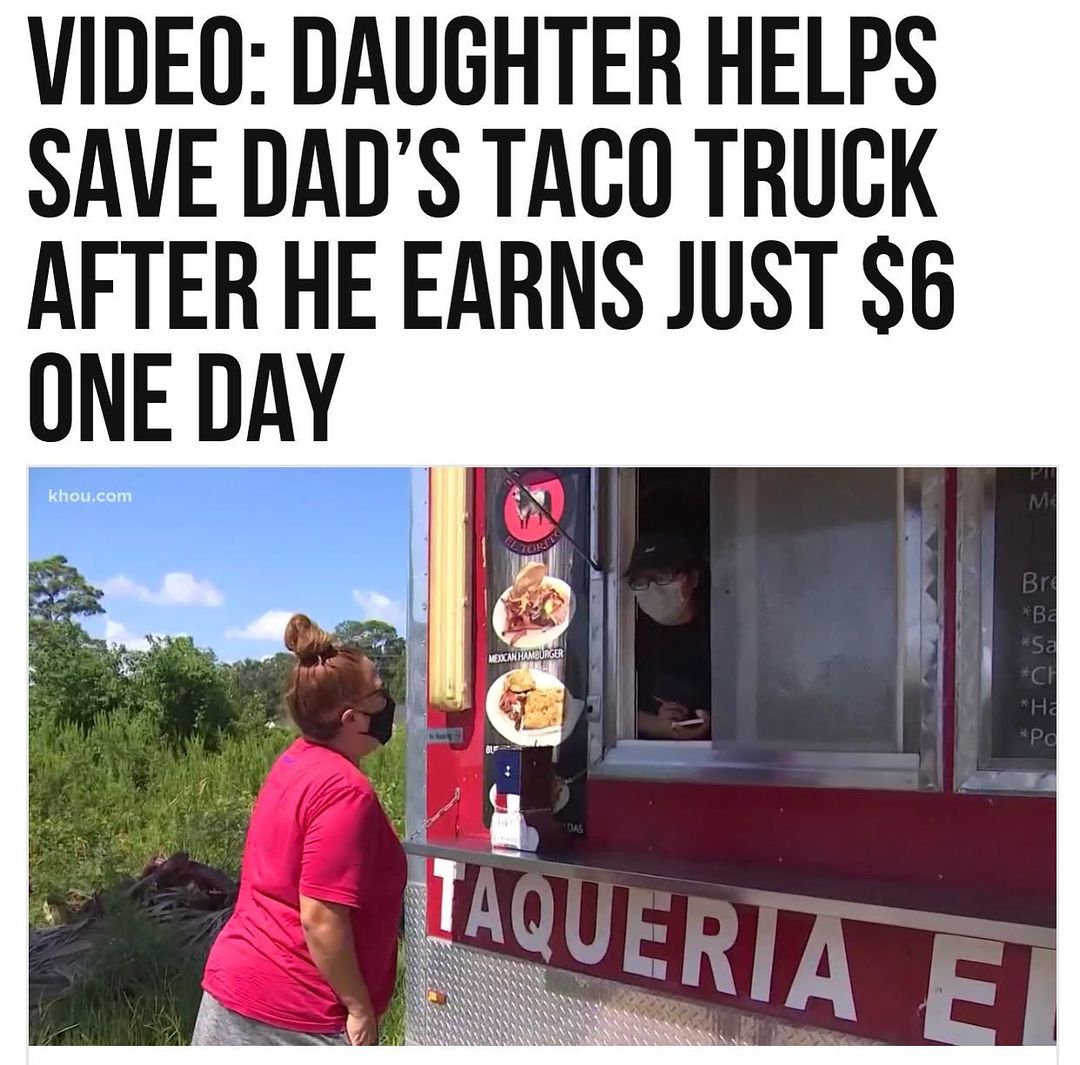 Neighbors in #Humble, #Texas, showed up in a big way this week after a woman asked for help in bringing customers to her father’s food truck business.

Elias Aviles was ready to cook for hungry customers on Saturday, but his Taqueria El Torito food truck only earned $6 after being open all day, according to KHOU.

When his daughter Giselle learned what happened, she decided to take matters into her own hands.

“I wouldn’t normally do this, but my dad’s taco truck business is struggling, he only sold $6 today,” she wrote on Twitter, according to CNN.

“If you could retweet, I would appreciate you so much!!” she continued.

Like many small businesses, Aviles’ food truck suffered due to the pandemic and would sometimes earn just $60, $40, or $20 after being open for hours at a time.

“When he said $6, it was kind of like are you kidding me?” Giselle recalled. “So, I just said well we have nothing to lose and I decided to make the tweet that day.”

Thanks to his daughter, the post garnered 2,000 tweets by Sunday night and when Elias arrived at his truck Monday morning, a line of customers were waiting to buy his delicious tacos.

It was so busy, they had to close up twice, once to restock and a second time because they ran out of food.

As of Wednesday, Giselle’s plea had been retweeted over 8,000 times, according to KHOU.

“There were so many people, and [my dad] was kind of shocked because he didn’t think there would be a turn around that quickly,” she said.

The Aviles family previously owned a traditional restaurant but were forced to downsize during the 2008 financial crisis. However, Giselle’s dad kept going and opened the food truck about six years ago.

Now, Giselle is thankful for the community members who showed up to support his endeavor and she also created in Instagram page to highlight the Taqueria El Torito.

“It feels amazing because I was just trying to just help him. Just being able to do something that’s going to give him business right now, that’s going to get him known,” she concluded. #binspirednews

Caring for People Living with Dementia in Community Settings | COVID-19

What is driving China towards its coronavirus vaccination targets?