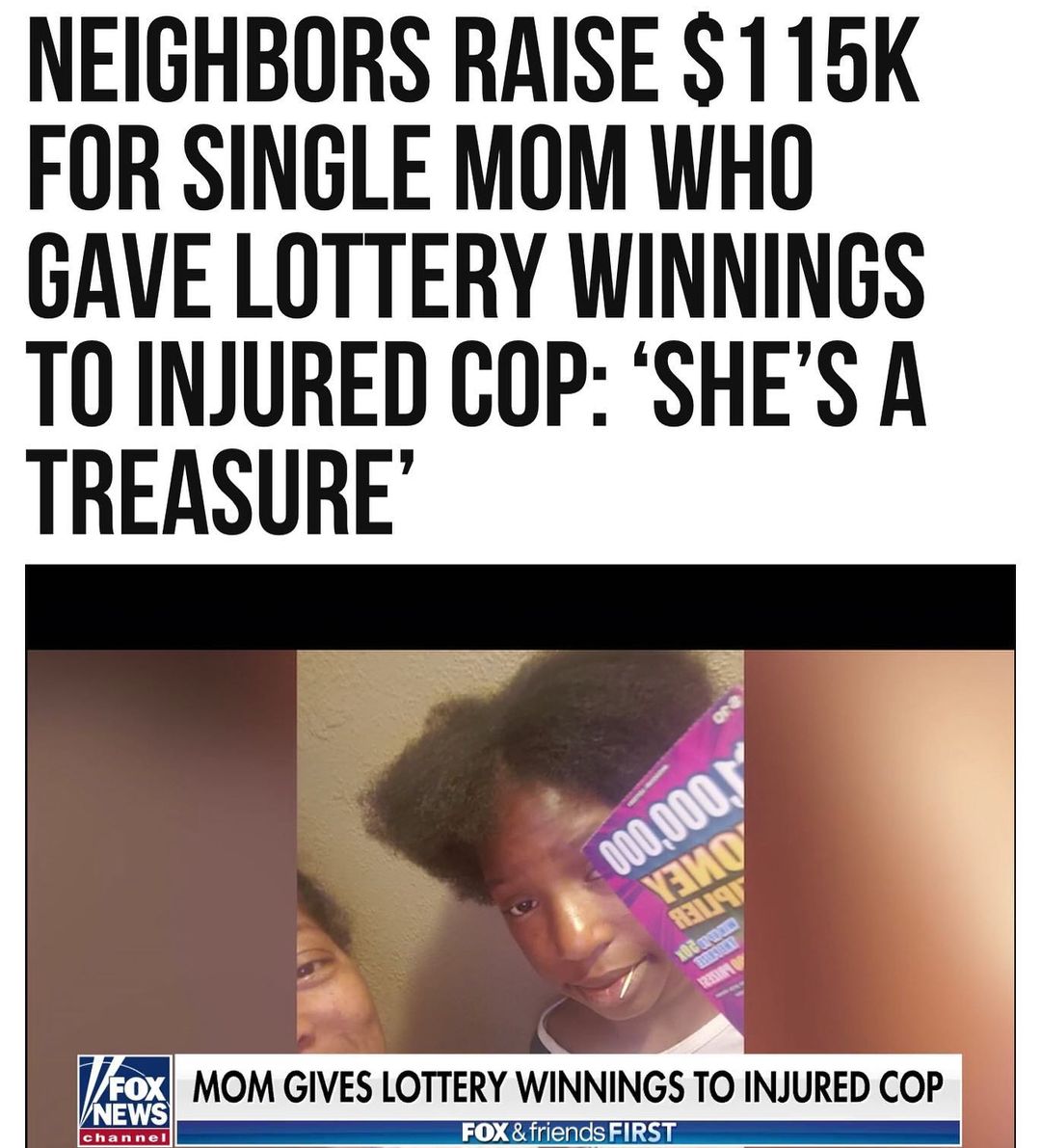 Neighbors in #KansasCity, #Missouri, have continued to bless a woman who donated her lottery winnings to an officer shot in the line of duty.

When Shetara Sims found a one-dollar bill in a parking lot recently, she bought a scratch-off ticket and won $100 dollars, #Breitbart News reported.

Although her mom was out of work, Sims’ 12-year-old daughter, Rakiya Edmondson, said they should donate the money to a #KansasCityPolice (#KCPD) officer recovering in the ICU after being shot on July 2.

“This woman, she’s such a treasure. She felt to help, she had had experiences with the police department before,” Sgt. Jake Becchina told Fox News on Thursday.

“She would tell you that in 2012, her daughter was murdered in Kansas City. And we investigated her case and we arrested her killer,” he continued.

When Sims called the department to donate her winnings, officers were so touched by her story, they urged her to keep the money, but she refused and said the injured policeman needed it more.

The department later set up a GoFundMe page to raise money for the struggling single mom, and the response from the community was more than it ever imagined.

“We at KCPD shared this wonderful act of humanity on our social media. Then hundreds of people said they wanted to help her out,” the site read.

Becchina explained Thursday that Kansas City had an amazing sense of community spirit.

“Kansas Citians love their city, and when someone steps up to support their police department or any of their public servants, people love that. They reach out, they want to support that,” he commented.

Sims said the KCPD was there for her when her daughter was killed “in ways they didn’t have to be,” adding, “It’s an ugly time right now and they needed us so we had to be there for them.”

When asked what she wanted others to know about #police officers, Sims urged Americans to see them as human beings.

“We need to individualize people. Everybody puts everybody in one lump sum. … Everybody’s different,” she concluded. #binspirednews