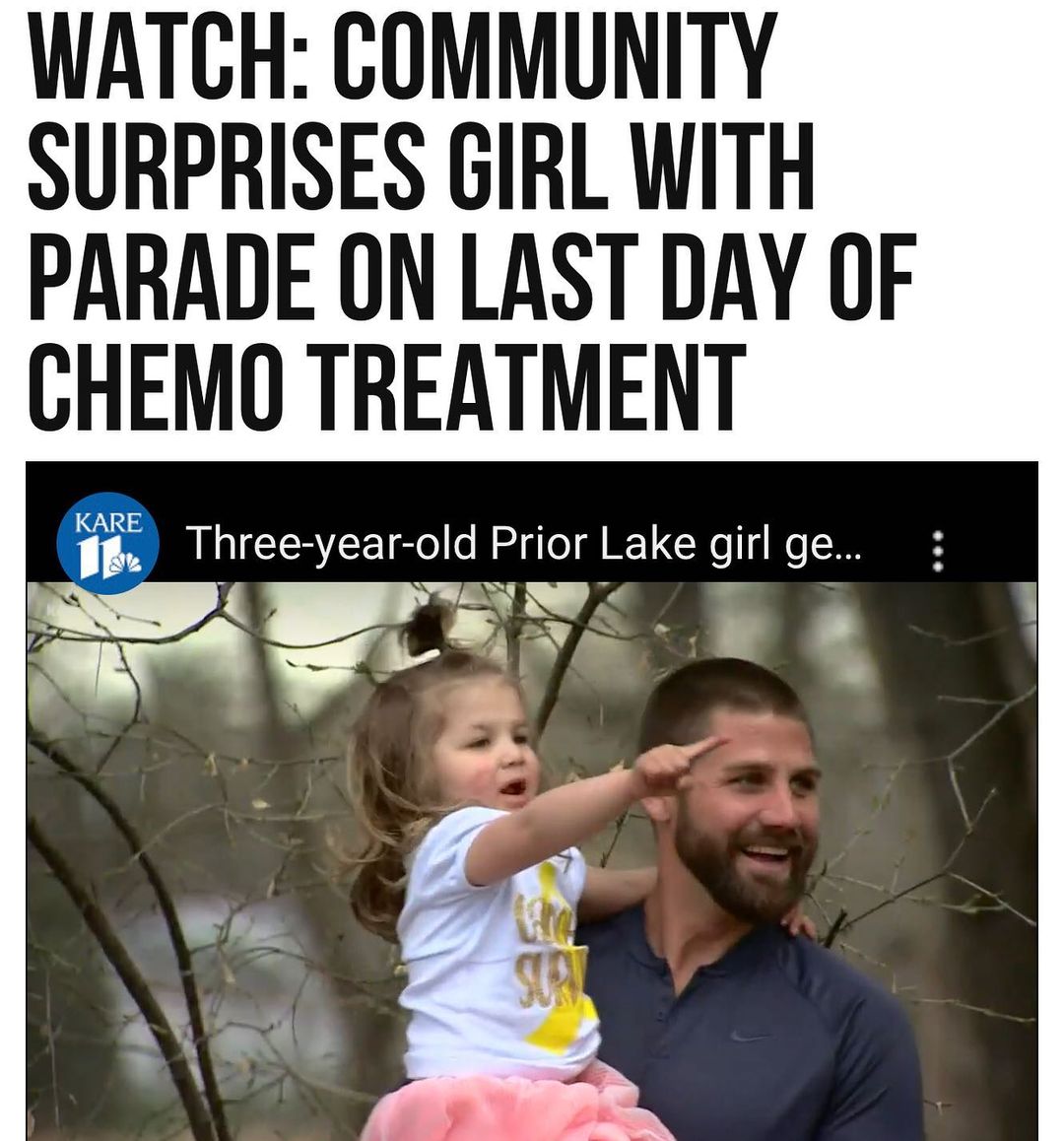 Neighbors in #PriorLake, #Minnesota, are celebrating a three-year-old girl who recently won her battle with cancer.

When Mabel Franks was just 14 months old, doctors diagnosed her with acute lymphoblastic leukemia, according to King 5 News. “It’s really all she’s known, since she was 14 months old, she’s been going through treatments,” said her mom, Meagan.

The cancer, also known as acute lymphocytic leukemia (ALL), first appears in a person’s bone marrow, according to the American Cancer Society. “‘Acute’ means that the leukemia can progress quickly, and if not treated, would probably be fatal within a few months,” the website read.

Following her diagnosis, most of Mabel’s chemo was administered intravenously.

However, just before she took her final treatment in the form of a pill on Sunday, her loved ones gave her a party she will never forget.

To keep Mabel safe from infection and observe social distancing guidelines, friends and family members came by her home in cars decorated with colorful balloons, signs, and streamers. “We Love Mighty Mabel” one of the signs read.

A Prior Lake fire truck also made an appearance and honked its horn as it drove past. “Look at this, this is crazy!” said Mabel’s dad, Michael.

Even though it was not the party they planned for their little girl, Meagan said they were grateful for the outpouring of love from their community. “We’ve had an amazing support system, as you can see. It’s very emotional,” she commented.

Later that evening, Mabel took her final treatment while her extended family members watched and cheered her on during a video chat. “We just felt we had to do something to let her know how proud we are and what a warrior and survivor she’s been,” said her grandmother, Joan Franks.

Following her victory over the disease, Mabel was just happy to get back to being a kid. “Done with cancer,” she concluded. #binspirednews

Background | Evaluating and Caring for Patients with Post-COVID Conditions